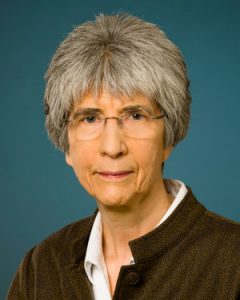 The Margolese National Brain Disorders Prize was created by an estate gift made to the University of British Columbia by Leonard Herbert Margolese.

Purpose of the Prizes

The Margolese National Brain Disorders Prize will be awarded annually to a Canadian physician or scientist who makes outstanding contributions to the treatment, amelioration, or cure of brain disorders. The prize is awarded with the expectation that the recipient will continue to make outstanding contributions in the future, since this is not a lifetime achievement award. Among the criteria that will be considered is impact on policy and practice, forging partnerships with scientists and others to foster brain disorders research and/or to implement discoveries, and cultivating future leaders in the field.

Monetary Award for each Prize

One prize of $50,000 payable in Canadian dollars will be awarded annually. The value of the prize will be reevaluated every third year.

To be considered for a prize, nominees must be Canadian citizens holding an academic appointment in good standing and be active and productive in their career. Nominees must be nominated by an expert in their field and self-nominations will not be accepted. The nominee must have made outstanding contributions to the treatment, amelioration, or cure of brain disorders. The Selection Review Committee reserves the right to rule on the eligibility of nominees.

The nominations of eligible candidates may be considered for up to three years. Please refer to the Margolese National Brain Disorders Prize Guidelines for more information and complete nomination instructions.

Please see the Online Submission Portal for all submissions. This includes all re-submission nominations.