Four of Canada’s leading scientists in heart, brain and cancer research have been recognized by UBC’s Faculty of Medicine for their scientific accomplishments, and for their potential to make further contributions in their fields.

The tenth annual Margolese National Heart Disorders Prize has been awarded to Dr. Salim Yusuf of McMaster University for his global impact on clinical cardiovascular disease prevention and health. The Margolese National Brain Disorders Prizes have been independently awarded to Dr. Molly Shoichet of the University of Toronto for her ground-breaking work in regenerative medicine of the central nervous system and Dr. Peter St George-Hyslop of the University of Toronto for his work in advancing our understanding of the genetic causes and molecular changes in Alzheimer’s disease.

The seventh annual Dr. Chew Wei Memorial Prize in Cancer Research has been awarded to Dr. Nada Jabado of McGill University for her transformational work in treating childhood brain cancers.

Each prize is valued at $50,000, making them among the most prestigious honours bestowed by a Canadian university. The recipients were chosen by a committee of international experts chaired by Dr. Robert McMaster, Vice Dean, Research, and Dr. Deborah Money, former Executive Vice Dean at the Faculty of Medicine. 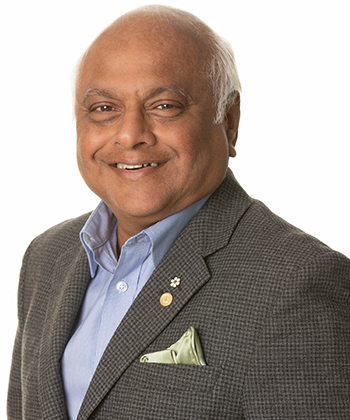 Salim Yusuf is an internationally renowned cardiologist and epidemiologist whose work has transformed how we prevent, treat and manage heart disease and stroke world wide.

A Distinguished Professor of Medicine in the Department of Clinical Epidemiology and Biostatistics at McMaster University, Dr. Yusuf’s research focuses on large-scale randomized trials across the world, with the use of meta-analysis to refine evidence-based medicine and conducting large-scale epidemiologic studies in diverse settings involving over 1000 communities from 27 countries. His findings have led to a better understanding of common risk factors and identifying new risk factors for heart disease and stroke, as well as to the discovery of new treatments.

His current research explores the role of the environment, health behaviours and health systems in influencing cardiovascular disease and mortality globally.

Dr. Yusuf completed his medical and surgery degrees at Bangalore University. He completed his Doctor of Philosophy at the University of Oxford and is the founder and Executive Director of the Population Health Research Institute (PHRI) at McMaster University, which hosts over 55 academics and 300 researchers and support staff.

A published author of more than 1,200 articles in peer-reviewed journals, he is among the most cited health researchers in the world. Dr. Yusuf continues to supervise and mentor trainees across Canada and the world. He established the Emerging Leaders program of the World Heart Federation which trains 25 mid-level health researchers each year from countries at different economic levels and all continents. Among his numerous awards, Dr. Yusuf has received the Rhodes Scholarship, Prix Galien, the Order of Canada, the Gairdner Award and the McLaughlin Medal of the Royal Society of Canada. 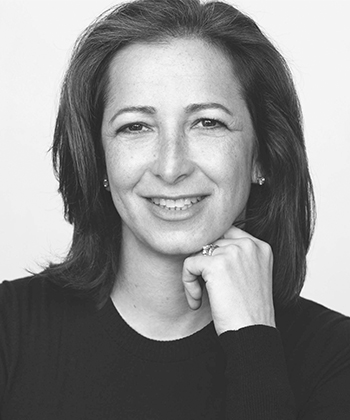 Molly Shoichet is an innovative biomedical engineer and world leader in the area of using polymers for drug delivery and tissue regeneration. Her work has revolutionized how we approach blindness, stroke and cancer.

A Distinguished Professor at the University of Toronto, Dr. Shoichet’s work was instrumental in the development of 3D cell culture – an artificial environment that allows cells to grow and interact as they would in human bodies – and using hydrogels to guide cell growth and differentiation. Dr. Shoichet invented a hydrogel that delivers drugs and cells directly to the brain, thereby circumventing the blood-brain barrier. She also designed a specialized polymer to tackle the challenge of delivering protein therapeutics.

A Tier 1 Canada Research Chair in Tissue Engineering, Dr. Shoichet trained in chemistry at the Massachusetts Institute of Technology, and then received her Master of Science and Doctor of Philosophy in polymer science and engineering from the University of Massachusetts.

Dr. Shoichet is an Officer of the Order of Canada, Order of Ontario, and is the only person to be inducted into all three of Canada’s National Academies: the Canadian Academy of Sciences of the Royal Society of Canada, the Canadian Academy of Engineering and the Canadian Academy of Health Sciences. She is the recipient of the Killam Prize, the L’Oreal‐UNESCO For Women in Science, and is a Fellow of the Royal Society (UK) – the oldest and most prestigious scientific society. She was the first Chief Scientist, Ontario and is a foreign member of the U.S. National Academy of Engineering. She has published close to 300 peer‐reviewed publications, created 40 patents, and has founded four companies based on original research advanced in her laboratory plus Research2Reality, a national social media initiative.

Dr. Shoichet is passionate about fundamental research, its translation to products, and its communication to the public. She has dedicated her career to training future scientists, having supervised and mentored 236 trainees. 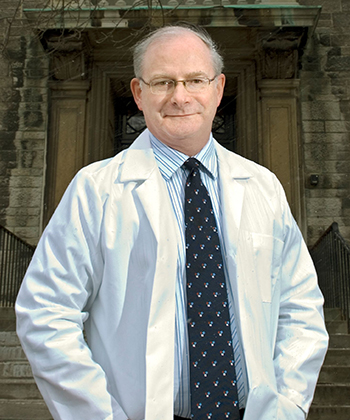 Image courtesy of the University of Toronto

Peter St George‐Hyslop is an internationally-acclaimed molecular geneticist and neurologist whose pioneering work on the genetic causes of neurodegenerative diseases has significantly advanced our understanding of Parkinson’s disease, Motor Neuron Disease and Alzheimer’s disease.

Dr. St George-Hyslop was the first to discover key genetic mutations in proteins involved in the early-onset of Alzheimer’s disease, providing crucial insight into disease mechanisms that are now the basis of attempts to discover ways for early diagnosis and treatment. His research has also led to a paradigm shift in our understanding of the genetic risk factors in late-onset Alzheimer’s and the importance of genotyping – a technology used to detect genetic differences in a person’s DNA – participants in clinical trials to optimize results and outcome measures.

An Officer of the Order of Canada, Dr. St George-Hyslop has been awarded more than 40 awards and fellowships including the Dan David Prize, the Michael Smith Award from the Canadian Institutes of Health Research, the Howard Hughes Medical Institute International Scholar, and the Gold Medal in Medicine from the Royal College of Physicians of Canada. He is a Fellow of the Royal Society of Canada, the Royal Society of London and a member of the U.S. National Academy of Medicine. Dr. St George-Hyslop has published 435 peer-reviewed publications, has been cited more than 60,000 times and has trained and mentored more than 50 scientists and clinician-scientists. 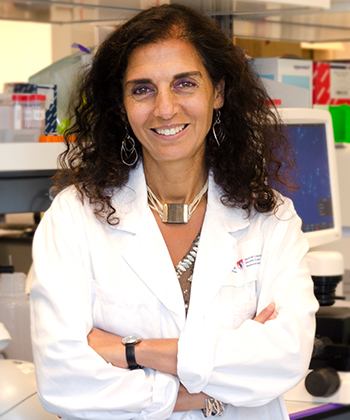 Nada Jabado is an international leader in the field of childhood brain cancers. A hematologist, oncologist and geneticist, her work has significantly advanced our understanding and treatment of astrocytomas – a deadly group of brain tumours.

A Professor of Pediatrics and Human Genetics at McGill University, Dr. Jabado’s revolutionary discoveries of genetic and molecular differences between childhood and adult brain tumours and the identification of a new molecular mechanism, namely histone mutations in human disease, have accelerated new and personalized treatment options that improve the lives of many children with cancer. Dr. Jabado’s research also focuses on translating her findings to better engage with children, parents and health care professionals about their condition and best therapeutic options.

Dr. Jabado received her medical degree and doctorate in immunology from the Université de Paris VI and completed her postdoctoral fellowship at McGill University. She has been recognized with several awards and distinctions, including the Atena Prize, the Canadian Gene Cure Foundation’s Champions of Genetics award, the Maude Abbott Prize, and the Canadian Cancer Society William E. Rawls Prize. She was inducted into the Royal Society of Canada and has been recognized by the World Health Organization (WHO), which revised its classification of central nervous system tumors as a result of her work.

A dedicated clinician-scientist, Dr. Jabado has devoted her career to patient care and understanding the mechanisms of fatal pediatric cancers to improve lives and outcomes. As an independent investigator, she has published over 160 peer reviewed papers several of which are in high-impact journals, including Nature, Nature Genetics, and Cancer Cell and continues to inspire and teach fellow scientists, health professionals, families and donors through her work and speaking events.

The Margolese Prizes were created by an estate gift to UBC by Leonard Herbert Margolese to recognize Canadian citizens who have made outstanding contributions to the treatment, amelioration or cure of brain or heart disorders. Margolese, who died in 2000, was a Vancouver businessman who had a heart condition and whose brother had Alzheimer’s disease.