Three of Canada’s leading researchers in brain health, heart health and cancer have been singled out by the University of British Columbia Faculty of Medicine for their accomplishments, and for their potential to make further contributions in their fields.

All three prizes include a $50,000 award, making them among the most lucrative honours given by a Canadian university. The recipients were chosen by an international panel of experts and a UBC committee chaired by Gavin Stuart, the university’s Vice Provost, Health who completed his second term as Dean of the Faculty of Medicine in August.

The Dr. Chew Wei Memorial Prize in Cancer Research is named for a Hong Kong physician who retired to Vancouver in 1988. An obstetrician and gynecologist, Dr. Wei grew determined to improve outcomes for people with cancer. After his death in 2009, his family and friends sought to honour his goals by donating $4.5 million to the Faculty of Medicine for a prize in cancer research and a professorship in gynecologic oncology. 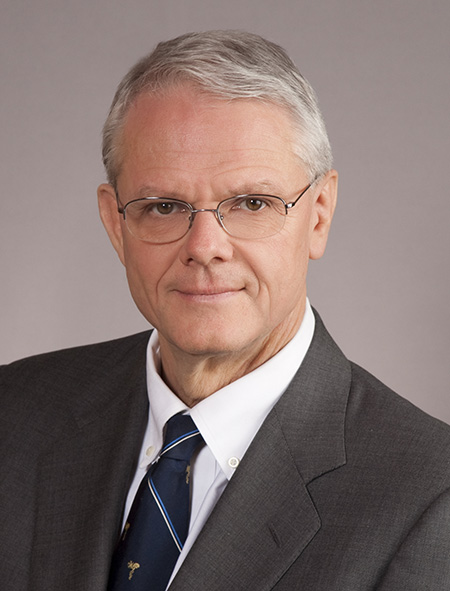 Dr. Rutka has focused his research and clinical efforts on human brain tumours. In the lab, he created and characterized several human brain tumour cell lines that have been used as models by scientists around the world. He has identified the main molecular mechanisms by which brain tumours invade into regions of normal brain, making surgical removal and radiation treatment challenging. His lab is one of the few exploring the potential of using conjugated nanoparticles to ferry therapeutic antibodies across the blood-brain barrier – currently the biggest obstacle to drug treatment for brain cancers.

As a surgeon, Dr. Rutka has developed techniques for removing brain tumours, identifying tumours during surgery, and using techniques such as magneto-encephalography to distinguish tumours from brain tissue that controls speech, motor functions, and sensation. He has also pioneered various surgical treatments for children with epilepsy.

Dr. Rutka has given more than 400 clinical and scientific presentations around the world, and was the first Canadian to be appointed as the Editor-in-Chief of the Journal of Neurosurgery. In 2013, he was inducted into the Order of Ontario, nominated by the families of children he had treated. Under his leadership, the Labatt Brain Tumor Research Centre is one of three units to attain “institute” status (along with Duke University and University of California San Francisco) from the Pediatric Brain Tumor Foundation.  In 2015, Dr Rutka was appointed as an Officer in the Order of Canada.

“He is probably one of the ten most important living neurosurgeons on the planet,” one of his colleagues at University of Toronto, Mark Bernstein, wrote in support of his nomination. 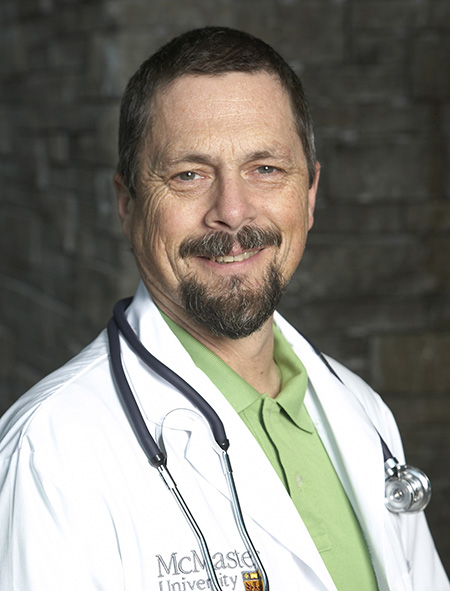 A cardiac electrophysiologist at Hamilton Health Sciences and a researcher at McMaster’s Population Health Research Institute, he has transformed the treatment of patients with cardiac rhythm abnormalities, especially those at high risk of cardiac arrest and those at risk of stroke, by designing and carrying out randomized clinical trials that have affected everyday clinical decision-making for people with these conditions.

He led several important clinical trials related to treatment of patients using pacemakers and implantable defibrillators, demonstrating the effectiveness of these devices, as well as their limitations. For example, he showed that implantable defibrillators save lives in high-risk patients, but also found in follow-up studies that one very high-risk patient group – those with recent myocardial infarction – had no benefit from the same therapy. In a study published earlier this year, he and colleagues demonstrated conclusively that the standard practice of the past 30 years of inducing cardiac arrest at the time of implanting a defibrillator yields no benefit and is possibly harmful – another finding now changing practice around the world. He has also demonstrated the limits of pacemakers, showing that regulating two chambers of the heart was no more beneficial than single-chamber pacing, debunking the perception that pacemakers prevent fainting spells. (Earlier trials were contaminated by the placebo effect.)

Earlier in his career, his investigations led to the adoption of warfarin as the standard stroke prevention treatment in atrial fibrillation. Recently, he and others found that recently-developed oral anticoagulant drugs are more effective and safer than warfarin for most patients – once again, reshaping global treatment standards. Dr. Connolly has also led major studies to assess the best way to prevent stroke in patients with atrial fibrillation – the most common heart rhythm disorder, occurring in 5 per cent to 10 per cent of those over 65. Recently, he and a colleague, Jeff Healey, demonstrated that silent atrial fibrillation is also common in elderly patients, but hard to detect, and it is a powerful risk factor for stroke. He now leads several studies that will clarify the importance of interventions to detect and treat silent atrial fibrillation.

Dr. Connolly has also had an interest in developing better ways to address important clinical questions by means of more efficient clinical trial designs. Recently, he has developed the concept of the randomized cluster cross-over trial design to enable performance of large definitive trials at lower cost. Together with colleagues, he will soon complete the first randomized cluster cross-over trial evaluating novel antibiotic strategies to prevent implanted pacemaker and defibrillator infection.

Dr. Connolly has played a pivotal role in establishing the Population Health Research Institute, one of the leading clinical cardiovascular research groups in the world.

“No single individual in this realm is likely to be quoted more than Stuart when crafting guidelines, a testimonial to taking on the big issues that face patients…” wrote Andrew Krahn, Head of the UBC Division of Cardiology, in support of his nomination.

Dr. Marra, Head of the UBC Department of Medical Genetics, a Canada Research Chair in Genome Science, and Director of the Genome Sciences Centre at the BC Cancer Agency, has become a world leader in using genomics to find new mutations, biomarkers and therapeutic targets of major significance to health and disease conditions, particularly cancers.

His work places him among the most highly cited researchers in the world. In 2014, he was named one of the “World’s Most Influential Scientific Minds” by Thomson Reuters.  He has co-authored more than 330 peer-reviewed manuscripts, including diverse landmark papers describing the first DNA sequence analysis of the SARS coronavirus genome and the first descriptions of somatic mutations targeting chromatin modifiers in cancers of the immune system.

Dr. Marra is particularly energized by his involvement in mentoring the next generation of thought leaders.  Award-winning trainees from his laboratory have gone on to further their careers in science and medicine, taking on roles in Canada and abroad in academic and industrial contexts.

“This record of scholarly achievement would be the envy of anyone looking back at the end of their career, let alone someone who is still in the phase of exponential productivity,” wrote Roderick McInnes, a Professor of Human Genetics at McGill University, in support of his nomination.