A neurosurgeon who has pioneered the use of “deep brain stimulation” and a cardiologist who has transformed the care of heart failure have been awarded the third annual Margolese National Brain and Heart Disorders Prizes, among the most prestigious prizes bestowed by UBC.

The Margolese Prizes are awarded to Canadians who have transformed care in heart and brain diseases, with the expectation that the recipients will continue their outstanding research to improve the lives of individuals with these disorders. The recipients were chosen following the review and adjudication of an international panel of experts as well as an internal UBC committee chaired by Gavin Stuart, the Dean of the Faculty of Medicine and UBC’s Vice Provost, Health.

The two prizes were created by an estate gift to UBC by Leonard Herbert Margolese to recognize Canadians who have made outstanding contributions to the treatment, amelioration or cure of brain or heart disorders. Margolese, who died in 2000, was a Vancouver businessman who had a heart condition and whose brother had Alzheimer’s disease.

Dr. Lozano and Dr. Liu will be honoured by UBC at a celebratory banquet in the fall. 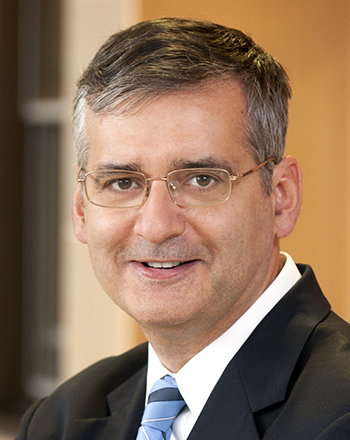 Dr. Lozano, winner of the Margolese National Brain Disorders Prize, is a world leader in deep brain stimulation (DBS) – implanting electrodes in different parts of the brain to ameliorate a variety of neurological and psychiatric conditions, especially Parkinson’s disease. He and his team have operated on more than 1,000 patients with Parkinson’s disease and related disorders, with direct impact on their tremor and mobility. He has established Toronto as a global hub for these procedures.

He was the first to explore the effectiveness of the procedure for treating depression and Alzheimer’s disease; he is now leading a multi-centre trial involving 50 Alzheimer’s patients, and another involving 200 patients with depression. He also has explored the procedure’s potential for treating epilepsy, obsessive compulsive disorder, biopolar disorder, chronic pain, Tourette’s syndrome and severe anorexia.

Dr. Lozano also is a leading figure in mapping the human brain, discovering the electrophysiological function of critical regions, including the thalamus, which regulates consciousness, sleep, and alertness, and the pedunculopontine nucleus, a part of the brain stem that is involved in arousal, attention, learning, reward, and voluntary limb movements and locomotion. These discoveries carried important potential clinical implications, not only for DBS, but to understanding disorders of sleep, wakefulness, and other neuropsychiatric conditions.

Dr. Lozano has authored or co-authored over 400 peer-reviewed publications, many in top-tier medical journals, and is one of the world’s most cited neuroscientists (and the most cited in the field of DBS). He is a member of the scientific advisory boards of some of the most influential research organizations, including the Michael J. Fox Foundation. He is a member of the editorial boards of 18 international journals (two of which he serves as deputy editor); and a former president of the American Society for Stereotactic and Functional Neurosurgery and the World Society for Stereotactic and Functional Neurosurgery. 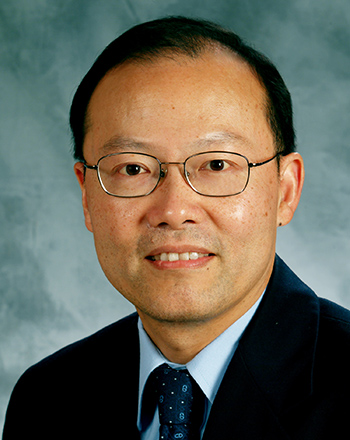 Dr. Liu, winner of the Margolese National Heart Disorders Prize, has explored the interplay between viruses and the body’s immune system and how this can inflict often fatal damage on the heart muscle. Such viruses are common, but some individuals – particularly in infancy or childhood  – cannot contain the viruses, which degrade the heart muscle cells’ ability to contract, and may kill those cells, thus rendering the pump ineffective. In other cases, the immune system over-reacts, causing excessive inflammation. Dr. Liu’s elegant use of mouse models and human systems biology tools have elucidated the interplay between the viral invasion and the body’s response.

He also revealed the biological processes responsible for “heart remodeling,” in which the heart adapts to insults like a restriction of blood supply or viral injury. Those remodeling changes, however, can carry their own problems, including larger and abnormally shaped chambers, and are harbingers of heart failure or sudden death.

Dr. Liu has extended his research well beyond the laboratory to examine the epidemiology of heart disease, including a 2006 warning shot in the New England Journal of Medicine about the rising incidence and mortality of diastolic heart failure – in which the heart doesn’t relax properly between beats, preventing blood from filling the ventricles. He contributed to Canada’s innovative heart failure practice guidelines, ensuring that research knowledge is translated into point-of-care benefits for patients.  He also led the harmonization of cardiovascular risk factor management guidelines that have been adopted across the country.

He has published over 350 peer-reviewed scholarly articles. He is currently President of the International Society of Cardiomyopathy and Heart Failure, and served previously as the Scientific Director of the Institute of Circulatory and Respiratory Health at the Canadian Institutes of Health Research.