Three of Canada’s leading researchers in heart health, brain health and cancer have been singled out by the University of British Columbia Faculty of Medicine for their accomplishments, and for their potential to make further contributions in their fields.

The seventh annual Margolese National Heart Disorders Prize will be given to Stanley Nattel of the University of Montreal, for his paradigm-shifting discoveries about the molecular basis of arrhythmia. The Margolese National Brain Disorders Prize will be bestowed on UBC’s Ian Mackenzie, who has pulled back the curtain on the molecular pathology leading to frontotemporal dementia and amyotrophic lateral sclerosis. The fourth annual Dr. Chew Wei Memorial Prize in Cancer Research will be awarded to Eduardo Franco, a molecular epidemiologist at McGill University who helped convince the scientific community that human papillomavirus caused cervical cancer, bringing about the development of a vaccine and a more sensitive screening method.

All three prizes include a $50,000 award, making them among the most lucrative honours given by a Canadian university. The recipients were chosen by an international panel of experts and a UBC committee chaired by Robert McMaster, Executive Associate Dean, Research and Deborah Money, Executive Vice Dean.

The Dr. Chew Wei Memorial Prize in Cancer Research is named for a Hong Kong physician who retired to Vancouver in 1988. An obstetrician and gynecologist, Dr. Chew grew determined to improve outcomes for people with cancer. After his death in 2009, his family and friends sought to honour his goals by donating $4.5 million to the Faculty of Medicine for a prize in cancer research and a professorship in gynecologic oncology. 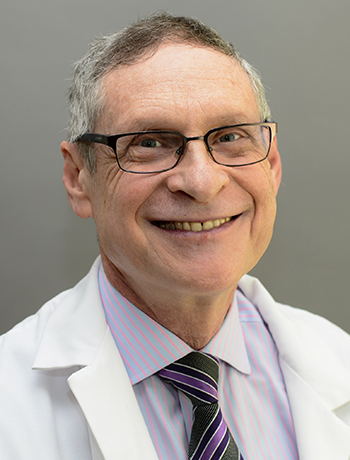 Stanley Nattel, a Professor of Medicine at the University of Montreal, the Paul-David Chair in Cardiovascular Electrophysiology and a cardiologist at the Montreal Heart Institute, has made several seminal discoveries about the causes, consequences and management of cardiac arrhythmia, particularly in the areas of atrial fibrillation mechanisms, ion channel homeostasis and its role in excitability and electrical recovery.

Dr. Nattel has zeroed in on the genes that regulate the channels that carry electrical signals across cardiac cell membranes; has used sophisticated biophysical methods to probe the functioning of those channels; and has used mathematical models to clarify the interaction of those processes with clinical data. His novel approaches to analyzing channel and transporter function, arrhythmia mechanisms and heart disease development have not only been used for experimental inquiries but have also informed the development of new medications and treatments. He has innovated and pursued a new approach to treating arrhythmic conditions – preventing the development of arrhythmia substrate instead of targeting the final electrical result.

Since 2010, he has been the Editor-in-Chief of the Canadian Journal of Cardiology, and his superb critical thinking skills have made him a sought-after peer-reviewer and editorial board member for other publications. Under his guidance, the Canadian Journal of Cardiology has established itself as a prime international vehicle for the publication of work describing and analyzing the results of heart research. Dr. Nattel has published over 600 scientific papers and his work has been cited over 57,000 times; his h-index of 120 is among the top 0.01% of active scientists worldwide. He holds a number of patents and patents pending for innovative approaches to treating cardiac arrhythmias. He has also devoted himself to mentoring students and trainees, many of whom have become leaders in the field, and he has been deeply involved with medical undergraduate and graduate teaching at both University of Montreal and McGill University.

“Dr. Nattel has been a scientific leader in basic cardiac electrophysiology but has always kept his eye on the ultimate goal of treatment of disease and alleviation of human suffering,” wrote Gordon Tomaselli, a Professor of Medicine and Chief of Cardiology at Johns Hopkins Medicine in Baltimore. 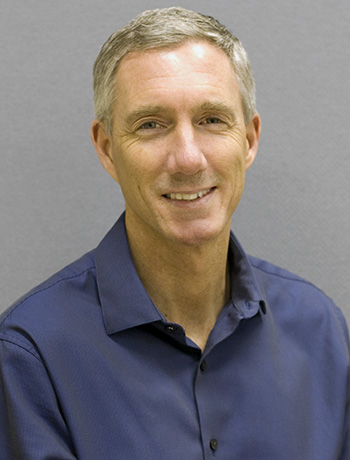 Ian Mackenzie, a Professor in the UBC Department of Pathology and Laboratory Medicine and the Head of the Division of Neuropathology at Vancouver General Hospital, has re-shaped our understanding of frontotemporal dementia (FTD) and amyotrophic lateral sclerosis (ALS) by elucidating the genetic underpinnings and the pathophysiology of some of its sub-types.

He and collaborators discovered three major causal mutations of FTD and ALS, and his advances in the molecular pathology led to the formulation of a new classification system for FTD, with virtually all cases now being assigned to one of three categories. He also established a revealing causal link between both diseases. These discoveries have improved patient care by providing more informative genetic counseling, and the development of new experimental models, diagnostic tests and targeted therapies. His work fostered two major consortia that are following FTD patients with the aim of facilitating trials of future medications.

With his collaborator, Affiliate UBC Professor of Neurology Howard Feldman, he has organized conferences on frontotemporal dementia. He is a frequent speaker about the disease at other conferences, and has secured millions of dollars of research funding from Canadian and private agencies.

“The full and enduring significance and contribution of his remarkable body of research will take years to be fully realized as he is clearly at the vanguard for this field,” wrote Brian MacVicar, Co-Director of UBC's Djavad Mowafaghian Centre for Brain Health, in nominating Dr. Mackenzie for the award. 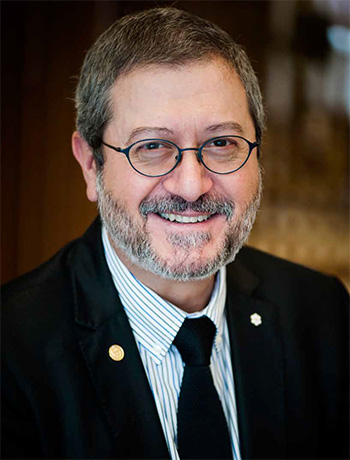 Eduardo Franco, the Chairman of the Department of Oncology and the James McGill Professor at McGill University, has illuminated the transmission of the human papillomavirus (HPV) and its role in causing cervical cancer.

His work as a molecular epidemiologist paved the way for the ongoing transition from the 70-year-old Pap screening test to a more sensitive molecular assay for HPV infection, and for the widespread adoption of HPV vaccination. Those successes stemmed in part from Dr. Franco's willingness to buck conventional wisdom about the cause of cervical cancer, which three decades ago held that Herpes virus simplex was the culprit. His tenacity in marshalling evidence to support his skepticism eventually managed to shift the mainstream view of the medical community, and led to the successful efforts to develop the vaccine. His studies of epidemiological methods for evaluating cancer screening strategies, of the impact of measurement error in epidemiology, and of societal and clinical influences on cancer patient survival have often been international in scope. His innovation in correcting for verification bias in studies of screening has become accepted practice, which the U.S. Food and Drug Administration now requires be done in all trials.

Dr. Franco has trained over 100 graduate students and postdoctoral fellows and almost 30 undergraduate trainees. He has given more than 650 presentations as either an invited speaker or session chair, has published over 450 scientific articles and 58 chapters, has edited two books on cancer epidemiology and prevention, and has co-edited 10 journal supplement issues. He is the Editor-in-Chief of Preventive Medicine and Founding Editor of Preventive Medicine Reports, and has served on the editorial boards of various journals, including Epidemiology, the International Journal of Cancer, and PLoS-Medicine. He served twice as an advisor to the U.S. President's Cancer Panel and is an elected council member representing North American epidemiologists in the International Epidemiological Association.

“His commitment to integrity and openness in science has been a model for colleagues,” wrote Gina Ogilvie, a Professor in the School of Population and Public Health, in her nomination letter for Dr. Franco. “He has critiqued his own methods and findings, and has challenged colleagues to further explore his own results. As he has mentored his learners, he has modeled integrity and principled approaches to research and inquiry.”