Four of Canada’s leading clinician scientists and researchers in heart health, brain health and cancer have been singled out by the University of British Columbia Faculty of Medicine for their scientific accomplishments, and for their potential to make further contributions in their fields.

The eighth annual Margolese National Heart Disorders Prize will be shared this year by two UBC faculty members: Andrew Krahn, the Head of the Division of Cardiology, for his work on detecting and managing heart rhythm disorders, and Bruce McManus, a Professor of Pathology and Laboratory Medicine, who has parlayed his insights into inflammatory heart and vascular diseases and transplant vascular disease into the development of diagnostic or predictor biomarkers for heart, lung and kidney failure.

The Margolese National Brain Disorders Prize will be bestowed on the University of Toronto’s Kullervo Hynynen, who has pioneered the use of ultrasound as tool for brain surgery.

The fifth annual Dr. Chew Wei Memorial Prize in Cancer Research will be awarded to Martin Gleave, Head of UBC’s Department of Urologic Sciences, who has relentlessly pursued solutions – in the lab and through clinical trials – to the challenge of treatment-induced resistance in prostate cancer.

All three prizes include a $50,000 award, making them among the most lucrative honours given by a Canadian university. The recipients were chosen by an international panel of experts and a UBC committee chaired by Robert McMaster, Executive Associate Dean, Research and Deborah Money, Executive Vice Dean.

The Dr. Chew Wei Memorial Prize in Cancer Research is named for a Hong Kong physician who retired to Vancouver in 1988. An obstetrician and gynecologist, Dr. Chew grew determined to improve outcomes for people with cancer. After his death in 2009, his family and friends sought to honour his goals by endowing a Faculty of Medicine prize in cancer research and a professorship in gynecologic oncology.

For the first year in its eight-year history, the Margolese National Heart Disorders Prize is being shared by two recipients. 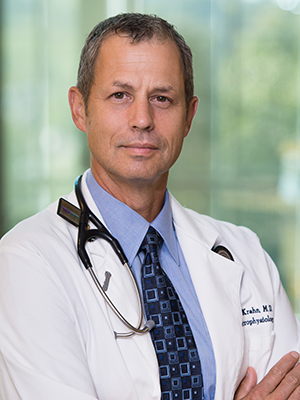 Andrew Krahn, the Paul Brunes Professor in Heart Rhythm Disorders, has established himself as one of the world’s premier authorities on inherited arrhythmia, particularly the most severe, potentially fatal forms. In addition to revealing the specific genetic basis for several congenital arrhythmias, he has helped to refine clinical management of these conditions and has spearheaded efforts to screen for these conditions among high-risk individuals to prevent sudden death.

Dr. Krahn, who also is the Sauder Family and Heart & Stroke Foundation Chair in Cardiology, collaborates with life scientists to understand the role of genetic variants associated with several forms of inherited arrhythmia, with a focus on methods for diagnosing these conditions, understanding their genetic basis, and linking them to treatment strategies. He started a national registry of people with these variants, encompassing 17 sites, to enable more robust research, and the resulting national network integrates researchers with health care providers, patients and families in setting the research agenda, with a goal to improve care of these patients and their families. He has led ground-breaking studies in the causes of syncope (fainting), often resulting from arrhythmia, that led to a leadership role in global practice guidelines. He helped to develop a miniature implanted heart monitor, the implantable loop recorder, that has become a crucial tool for managing the condition. Dr. Krahn has also worked on improving the safety and reliability of implanted heart rhythm devices, such as pacemakers and defibrillators, and founded the Canadian Heart Rhythm Society Device Committee. 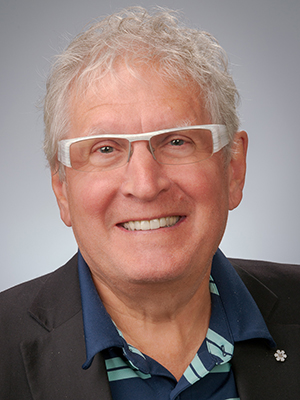 Bruce McManus, a Professor in UBC’s Department of Pathology and Laboratory Medicine, has devoted his career to exploring inflammatory heart and vascular diseases, especially viral heart disease and transplant vascular disease, and to finding diagnostic or predictor biomarkers for vital organ failure.

An internationally recognized expert in mechanisms of virus-induced myocardial injury, he up-ended conventional wisdom that regarded myocarditis (inflammation of the heart muscle) as a predominantly autoimmune condition. His discoveries, including insights into the ways host cell signaling networks interact with the virus during infection, led to entirely different approaches to diagnosis and therapy for myocarditis.

He has played a major role in developing, refining and standardizing the diagnostic strategies for heart transplant rejection through traditional means, such as biopsies. He then went on to spearhead the development of next-generation diagnostic strategies that rely on genomic, proteomic and metabolic data to guide delivery of earlier, more precise care. His work in this area led to the creation of the federally-funded Prevention of Organ Failure (PROOF) Centre of Excellence, which harnesses data analytic tools and systems biology to identify molecular biomarkers with diagnostic or predictive potential. This work is developing less-invasive methods for predicting the course of heart transplants, as well as other tools, including a test that optimizes detection of heart failure, a test that can distinguish between systolic and diastolic heart failure, and another that predicts which patients with heart failure will require re-hospitalization in the months after heart attacks. He also has been working with colleagues to enable rapid diagnosis of chronic obstructive pulmonary disease flare-ups, which can be easily mistaken for a heart attack, heart failure or an embolism.

Dr. McManus has played a prominent leadership role in research at the international, national and local levels. He was the inaugural Scientific Director of CIHR’s Institute of Cardiovascular and Respiratory Health, during which time there was a doubling of funding for research into cardiovascular disease, and he started the National Young Investigators Forum to foster the next generation of leaders in cardiovascular and respiratory research and innovation. At UBC, he was the inaugural Director of the Cardiovascular Research Laboratories at St. Paul’s Hospital and the inaugural Co-Director of the James Hogg iCAPTURE Centre, the latter receiving three rounds of major infrastructure funding from the Canada Foundation for Innovation. In addition, he was the co-founder of the Institute for Heart + Lung Health, an interdisciplinary, inclusive network of clinicians, scientists and trainees in the cardiovascular and respiratory sciences. He also was among the originators of the BC Personalized Medicine Initiative.

Dr. McManus earned the PhD in exercise physiology and biochemistry from the University of Toledo (Ohio) and the MD as the WS Lindsay Gold Medalist from the University of Saskatchewan. He did clinical residency in anatomic pathology and medicine at the Harvard University-affiliated Peter Bent Brigham Hospital (now Brigham and Women’s Hospital) with fellowships at the University of California Santa Barbara and at the U.S. National Heart, Lung and Blood Institute in Bethesda, Maryland. He became an Assistant Professor at the University of Nebraska Medical Center in 1982, becoming a Professor in 1987, and was a John F. Fogerty Fellow at the Max Planck Institute for Biochemistry before joining UBC as Head of the Department of Pathology and Laboratory Medicine in 1993.

Kullervo Hynynen has advanced the development of high-intensity focused ultrasound (HIFU) as a surgical tool, which has been used to treat over 100,000 patients for a variety of diseases, particularly neurological conditions.

Dr. Hynynen demonstrated that magnetic resonance imaging (MRI), by measuring the increased temperatures induced by HIFU, could enable physicians to monitor the tissue destruction, known as ablation, in real time. MRI can also be used to confirm that enough heat has been delivered to irreversibly damage the diseased tissue. The technique was first approved by the U.S. Food and Drug Administration (FDA) for the ablation of uterine fibroids in 2004.

Dr. Hynynen then endeavored to show that HIFU could be structured in such a way as to penetrate the skull, using arrays that compensate for wave distortion propagation. In 2005, a surgical team was able to use HIFU to ablate a tumour deep inside the brain of a patient, while the patient was conscious and alert. That achievement led to an international trial of the technique to ablate a portion of the thalmus to treat uncontrolled tremors, and subsequent approval by the FDA.

Dr. Hynynen has also successfully engineered the application of low-power focused ultrasound, guided by MRI, to temporarily open the blood-brain barrier in a precise location, allowing for the delivery of molecular therapies, and without damaging surrounding tissue. In 2015, a Toronto surgical team used that method to open the blood-brain barrier in a person with a brain tumour, allowing a chemotherapy drug to penetrate the diseased area – an achievement that could be applied to many other brain diseases that require delivery of a drug to a specific location.

Martin Gleave’s work to improve outcomes from prostate cancer has spanned surgery, molecular manipulation in the search for new treatments, and managing the challenge of taking lab discoveries to market.

Dr. Gleave, the Executive Director of the Vancouver Prostate Centre, has focused much of his research on how prostate cancer develops resistance to chemotherapy and hormone therapy. He developed a mouse model of prostate cancer that closely mimics the development of hormone therapy resistance. Using a biobank of hormone therapy- and chemotherapy-treated prostate tumours that he created (the world’s largest), he discovered the roles of many genes and pathways that lead to acquired resistance, with a focus on stress responses. Dr. Gleave was the first to identify that treatment stress results in the greater production of the protein clusterin, leading to resistance, and he developed an inhibitor that enhances cell death after treatment. More recently, he discovered that the heat shock protein Hsp27 also protects cancerous cells during treatment, and led a project that the revealed its Hsp27’s structure that resulted in discovery of small molecule inhibitors, using structure-guided, computer-aided drug design.

Dr. Gleave patented both inhibitors and founded a UBC spin-off company, OncoGenex, awarded Canada’s Biotech Company of the Year in 2010, that has completed seven clinical trials to approve these drugs; in addition, he founded two other biotechnology companies to commercialize his team’s discoveries. He created the Translational Research Initiative for Accelerated Discovery and Development, a program to bridge laboratory and clinical research and facilitate commercialization, and which has attracted $67 million in federal funding and about $5 million annually from research partnerships. He also led UBC’s successful application for the first phase of a Canada Excellence Research Chair in Precision Cancer Drug Design. He is UBC’s principal investigator on the Stand Up to Cancer-American Association for Cancer Research Dream Team, served as Chairman of the Canadian Urologic Oncology Group and the National Cancer Institute of Canada’s Genito-Urinary Clinical Trials Group.

Dr. Gleave earned his MD and did his urology residency at UBC. He was a Research Fellow and then an Assistant Professor at the M.D. Anderson Cancer Center of the University of Texas before returning to UBC in 1992, first as an Assistant Professor of Surgery, and ultimately as a Distinguished University Scholar, the BC Leadership Chair in Prostate Cancer Research and the Goldenberg Family Chair in Urologic Sciences.