Two of Canada’s most distinguished health researchers – Dr. Guy Rouleau of the University of Montreal and Dr. John Cairns of the University of British Columbia – have been awarded the second annual Margolese National Brain and Heart Disorders Prizes, the most lucrative prizes bestowed by UBC.

The two $50,000 prizes are awarded with the expectation that the recipients will continue their outstanding research focused on improving the lives of individuals with brain or heart disease. The recipients were chosen by an international panel of experts and a UBC committee chaired by Dr. Gavin Stuart, the Dean of the Faculty of Medicine and UBC’s Vice Provost, Health.

The two prizes were created by an estate gift to UBC by Leonard Herbert Margolese to recognize Canadians who have made outstanding contributions to the treatment, amelioration or cure of brain or heart disorders. Margolese, who died in 2000, was a Vancouver businessman who had a heart condition and whose brother had Alzheimer’s disease. 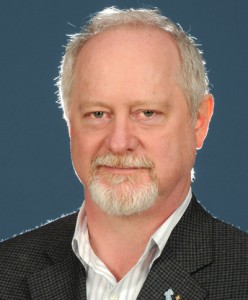 Dr. Rouleau, winner of the Margolese National Brain Disorders Prize, is a Professor of Medicine, a Canada Research Chair in Genetics of the Nervous System, and Director of the Centre for Excellence in Neuroscience at the University of Montreal. He has focused on identifying the genes and mutations that play a role in neurological and psychiatric diseases, and understanding the molecular mechanisms that lead to these diseases.

Dr. Rouleau has helped identify 20 disease-causing genes, including those that result in certain brain tumours, amyotrophic lateral sclerosis, forms of muscular dystrophy and juvenile epilepsy. He has proven that genetic mutations play a role in autism, schizophrenia, restless leg syndrome and Tourette syndrome (of which he is among the world’s most cited authorities).

His work had led to the development of diagnostic tests for several of these conditions, and lays the groundwork for future treatments. He has received $50 million in research grants over the past two decades, and his work, in such journals as Nature, Nature Genetics, The Lancet, Cell, The New England Journal of Medicine and Science, has been cited over 28,000 times. 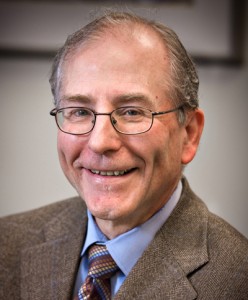 Dr. Cairns, winner of the Margolese National Heart Disorders Prize, is a Professor in UBC’s Division of Cardiology. He has focused on the causes and prevention of heart attacks, as well as the optimal management of patients who have experienced heart attacks.

Dr. Cairns proved, through a multi-centre clinical trial, that aspirin can reduce by more than half the incidence of heart attacks and death among patients with unstable angina (a loss of blood flow and oxygen to the heart). That finding revolutionized treatment of these at-risk individuals, shifting the focus toward limiting the growth of newly-formed clots in coronary arteries (those supplying the heart). He also led another large clinical trial that was the first to prove the effectiveness of amiodarone, an anti-arrhythmia drug, in preventing sudden death in people who had already experienced a heart attack.

He led or participated in the development of clinical practice guidelines in Canada and North America for the prevention and treatment of coronary blood clots and prevention of post-heart attack arrhythmias and atrial fibrillations (heart beats that are too fast or irregular). Currently, Dr. Cairns is the co-leader of the Canadian Network and Centre for Trials Internationally (CANNeCTIN), a collaborative national network and coordinating centre, jointly funded by Canadian Institutes of Health Research and Canada Foundation for Innovation, aimed at facilitating multi-centre studies in cardiovascular disease and diabetes.

Dr. Rouleau and Dr. Cairns will be honoured at a banquet in the fall.