Three of Canada’s leading scientists in heart, brain and cancer research have been recognized by the University of British Columbia Faculty of Medicine for their scientific accomplishments, and for their potential to make further contributions in their fields.

The ninth annual Margolese National Heart Disorders Prize will be awarded to Ruth McPherson of the University of Ottawa, for her international impact on the genetic basis of coronary artery disease. The Margolese National Brain Disorders Prize will be awarded to McGill University’s Gustavo Turecki, who has advanced our understanding of how early life adversity changes the brain to influence suicide and depression.

The sixth annual Dr. Chew Wei Memorial Prize in Cancer Research will be awarded to John Dick of the University of Toronto, for his pioneering discovery of the origins of leukemia and causes for relapse.

Each prize is valued at $50,000, making them among the most prestigious honours bestowed by a Canadian university. The recipients were chosen by a committee of international experts chaired by Robert McMaster, Executive Associate Dean, Research, and Deborah Money, Executive Vice Dean.

Ruth McPherson has transformed our understanding of the genetics of heart disease and how underlying biological pathways can inform prevention and treatment.

Dr. McPherson, the Director of the Ruddy Canadian Cardiovascular Genetics Centre, Atherogenomics Laboratory and Lipid Clinic at the Ottawa Heart Institute, has focused much of her career on advancing the causes and prevention of cardiovascular disease. Dr. McPherson has identified common and rare genetic variants underlying atherosclerosis, a condition that occurs when plaque builds up in the arteries. In 2007, she discovered that the chromosome 9p21 locus is associated with increased risk of early onset atherosclerosis and coronary artery disease. This common genetic variant accounts for 10 to 15 per cent of Canadian incidence, making it the largest known genomic contributor to direct and indirect healthcare costs. Through the same work, Dr. McPherson identified genetic variants that make some people predisposed to obesity and respond differently to treatment.

Dr. McPherson also demonstrated the clinical importance of intervening early to prevent heart disease among patients with high cholesterol. Most notably, she discovered the role of the cholesteryl ester transfer protein (CETP) gene as a receptor of HDL cholesterol. This discovery has contributed to our understanding of how “good” cholesterol may protect the human arteries from cardiovascular disease. In her clinic, Dr. McPherson has translated her research findings to the clinic to prioritize diagnostic tests and therapies for the prevention and treatment of coronary artery disease.

Dr. McPherson is an established leader in the field of clinical lipidology and cardiovascular disease prevention. Her seminal contributions include more than 260 scientific papers, which are often published in high-impact journals such as Science and Nature Genetics. Additionally, she serves on several editorial boards, and helped forge other global partnerships, including the international CARDIoGRAM+C4D consortium.

Dr. McPherson has received numerous awards and honours. Most recently, she gave the 2018 George Lyman Duff Memorial Lecture, awarded by the American Heart Association’s Council on Arteriosclerosis, Thrombosis and Vascular Biology. In 2014, she was elected by the Academy of Sciences as a Fellow of the Royal Society of Canada. 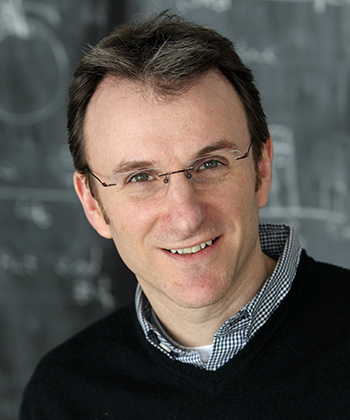 Gustavo Turecki’s groundbreaking work in depression and suicide has been instrumental in the development of suicide research, intervention and prevention initiatives in Canada and internationally.

Dr. Turecki is a recognized leader in the functional genomics and epigenetics of suicide and depression. A major component of Dr. Turecki’s research has been to understand the molecular changes that occur in the brains of individuals who struggle with depression and feel so hopeless that they consider taking their own life. His work shows how early life adversity affects behavioural and emotional development and influences suicide risk through epigenetic changes in specific areas of the brain.

In this work, Dr. Turecki established the molecular link between social experience and the brain, leading to a new field of study on the epigenetic basis of behaviour. Dr. Turecki’s understanding of how early traumatic life experiences influence the development of the brain has also had significant impact in the clinical setting by legitimizing the experiences of victims of childhood maltreatment. Additionally, Dr. Turecki has produced promising biomarkers of antidepressant response, which could contribute to improved patient management in daily practice. Dr. Turecki’s integration of molecular and clinical science research has positioned him as one of the world’s leading researchers in mood disorders and suicide.

Dr. Turecki is the current Chair of the Department of Psychiatry at McGill University, the director of the FRQS Quebec Network on Suicide, Mood Disorders and Related Disorders (RQSHA), Co-Director of the Douglas-Bell Canada Brain Bank, and the founding director of the McGill Group for Suicide Studies (MGSS). Additionally, he holds a Canada Research Chair in Major Depressive Disorder and Suicide. In his role as a clinician, Dr. Turecki leads the Depressive Disorders Program at the Douglas Institute, where he provides treatment to youth and adults with refractory major depressive disorder. Dr. Turecki regularly publishes his work in the highest-ranked journals, including Nature and sister journals such as Nature Neuroscience, with more than 400 publications during the length of his career.

Dr. Turecki completed his MD and residency in psychiatry at UNIFESP, Brazil. He received his PhD in Neuroscience from McGill University. 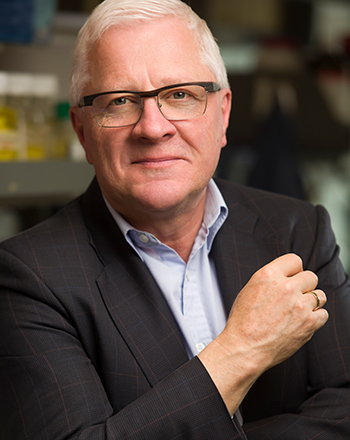 John Dick’s work on the origins of leukemia and the causes of relapse has revolutionized our understanding of not just normal and leukemic human hematopoiesis, but also of the nature of many types of human tumours. His research has been translated into the clinical setting in the form of new predictive and prognostic markers as well as new therapeutic strategies for acute leukemia.

Dr. Dick was the first cancer researcher to demonstrate the existence of cancer stem cells, a scientific breakthrough that marks the beginning of the study of tumour-initiating cells as a distinct field of biomedical research. His many significant accomplishments include the development of a human xenograft model, now the “gold standard” for detecting human hematopoietic stems cells and leukemic stem cells; the elucidation of a new roadmap of human hematopoiesis, which revised our understanding of blood development and led to the elaboration of new models for human hematopoiesis; the discovery of stemness properties in human leukemia and colon cancer, enabling the development of new drugs that target those cancer stem cells; and the foundation for unifying two previously distinct models of tumour growth.

Dr. Dick is a Senior Scientist at the Princess Margaret Cancer Centre, the Canada Research Chair in Stem Cell Biology, and Co-leader of the Acute Leukemia Translational Research Initiative in the Ontario Institute for Cancer Research. He has seen more than 200 peer-reviewed articles published in high-impact journals including Nature, Science and Cell Stem Cell. Dr. Dick has received invitations to deliver presentations at venues worldwide, including Gordon Research Conferences, Keystone Symposia, the Gairdner Foundation Symposium and the Nobel Symposium.

Dr. Dick’s numerous academic awards include election as a Fellow of The Royal Society of London and of the American Association for Cancer Research Academy. In 2018, he was recognized with the mentorship award from the American Society of Hematology.

After finishing his PhD in Microbiology and Biochemistry at the University of Manitoba, Dr. Dick began working in the Department of Molecular Genetics at the University of Toronto, where he currently serves as a full professor. He was the Director of the Program in Cancer Stem Cells at the Ontario Institute for Cancer Research from 2007 to 2017.

The Margolese Prizes were created by an estate gift to UBC by Leonard Herbert Margolese to recognize Canadians who have made outstanding contributions to the treatment, amelioration or cure of brain or heart disorders. Margolese, who died in 2000, was a Vancouver businessman who had a heart condition and whose brother had Alzheimer’s disease.