A cardiologist who proved the value of clot-busting therapies in treating heart attacks and a neuroscientist who has helped map the human brain have been awarded the fourth annual Margolese National Brain and Heart Disorders Prizes, among the most lucrative prizes bestowed by UBC.

The Margolese Prizes are awarded to Canadians, either in the country or living and working abroad, with the expectation that the recipients will continue their outstanding research focused on improving the lives of individuals with brain or heart disease. The recipients were chosen by an international panel of experts and a UBC committee chaired by Gavin Stuart, the Dean of the Faculty of Medicine and UBC’s Vice Provost, Health.

The two $50,000 prizes were created by an estate gift to UBC by Leonard Hubert Margolese to recognize Canadians who have made outstanding contributions to the treatment, amelioration or cure of brain or heart disorders. Margolese, who died in 2000, was a Vancouver businessman who had a heart condition and whose brother had Alzheimer’s disease. 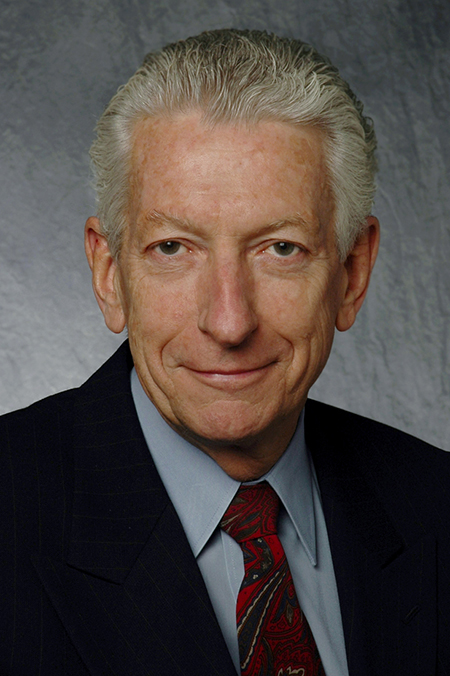 Paul Armstrong, the recipient of the heart disorders prize, has devoted his career to heart failure and developing new therapeutic approaches to that condition. He has explored the use of thrombolysis, the use of clot-busting drugs, to restore blood supply to the heart. When working in Toronto in the 1980s, he was one of the first to demonstrate the usefulness of tissue plasminogen activator (tPA), showing that it not only was effective in dissolving clots but in improving heart function. That work, along with related developments in heart attack treatment he and his colleauges have developed, have helped drive down in-hospital mortality from heart attacks from about 30 per cent to today’s 5 per cent.

His work on tPA set the stage for further clinical trials of acute coronary syndromes, including the world’s largest trial of angioplasty, involving 6,000 patients. That trial established new methods for pinpointing the onset of heart attacks though electrocardiograms, thus providing a new method for determining which treatment – drugs, angioplasty or surgery – is most appropriate for a given patient.

Because of persisting delays in transporting heart attack patients to hospital,  Dr. Armstrong and his team  have focused on validating and promoting use of thrombolytic drugs in the home or ambulance by paramedics. Last year, he led an international team that demonstrated the efficacy of administering TNK (tPA’s successor) within the first three hours of a heart attack, effectively buying time for patients who cannot be quickly transported to a facility that performs angioplasty. Dr. Armstrong has led the effort to make TNK treatment standard practice for paramedics treating heart attack patients – a practice that has been adopted in some jurisdictions and has been endorsed by professional medical groups.

Dr. Armstrong has also analyzed health services delivery in cardiac care, finding that the Canadian approach, while less aggressive than in the U.S., appears to be equally effective, more easily implemented in a variety of locales, and results in less shock and heart failure.

Dr. Armstrong, a Distinguished University Professor, is the Director of the Virtual Coordinating Centre for Global Collaborative Cardiovascular Research (the VIGOUR Centre) in Edmonton. He is a member of the editorial boards of Circulation, the American Heart Journal, the Journal of the American College of Cardiology, the Canadian Journal of Cardiology and others. He was Co-Chairman of the Canadian Task Force for Cardiovascular Science and the first Chairman of the Health Science Policy Council of the Heart & Stroke Foundation of Canada.

Dr. Armstrong has had a lifelong commitment to the education and training of healthcare professionals. One example of this commitment was his founding of Tomorrow’s Research Cardiovascular Health Professionals, which brought research trainees from a variety of backgrounds, from Canada and beyond, to participate in a two-year program in Alberta to bolster scientific capacity and interdisciplinary collaboration in the field.

Alan Evans, the recipient of the brain disorders prize, has redefined the role of neuroimaging by developing techniques and analytic tools that are now universally used. His contributions have led to a standardization of those techniques and tools, enabling reliable measures of brain function across various populations and thus making neuroimaging a much more clinically relevant research tool. He also has combined epidemiological and genetic data to develop biomarkers for early diagnosis of neurological and psychiatric diseases. His work has drawn more attention to the important of brain science, and changed the way in which medical schools and graduate schools teach neuroanatomy.

One of Dr. Evans’s signature achievements was creating the Montreal Neurological Institute-reference brain, the most frequently used spatial reference system for cataloguing structural and functional data for both normal and diseased brains. More recently, he co-led the “Big Brain Project,” in which scientists finely sliced a human brain into 7,400 wafer-thin sheets and then digitally reconstructed it. Because the resolution of the images approaches the cellular level, it will allow for deeper understanding of the brain’s anatomy and its pathophysiology.

His work to foster collaboration in the field has been a recurring theme in his career. He is a founding member of the International Consortium for Brain Mapping; one of the founders of the Organization for Human Brain Mapping; the Director of the Montreal Consortium for Brain Imaging Research, a multi-centre initiative linking seven institutions for research in psychiatry, neurology, development and aging, cognitive neuroscience and drug addiction; leader of CBRAIN, a web-enabled grid platform that allows researchers to perform computationally expensive analyses on distributed data by connecting them to high-performance computing facilities around the world; and the only Canadian participant in the European Union’s Human Brain Project. He also is heading the data coordination for two large multi-centre studies funded by the U.S. National Institutes of Health, one examining normal pediatric development and the other focused on autism in infants.

Dr. Evans received a Senior Scientist Award from the Canadian Institutes of Health Research and the Computerworld-Smithsonian Award for Innovation in Medicine. In 2013, he became co-director of the Ludmer Centre for Neuroinformatics and Mental Health, which combines imaging, genetics, epigenetics and behavior in the study of brain disorders, using high performance computing and “big data” analytic tools to link a global network of collaborators.