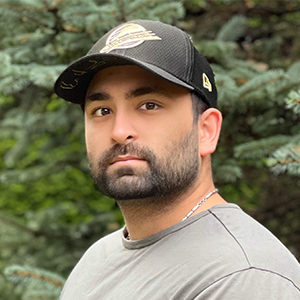 As a medical student, Sodhi volunteers his time to a number of local and national charitable organizations. He is the CEO and co-founder of the YNOTFORTOTS Society, a charity that has donated over $200,000 worth of equipment to dozens of local elementary schools. He has also served in many roles with STEM Fellowship including CEO, COO, Chief Science Communications Officer, and executive advisor.

As a graduate from UBC’s Experimental Medicine Program, Sodhi’s research examines rare adverse events of some of the most commonly prescribed medications.

He has 35 peer-reviewed publications, some of which have been published in some of the top medical journals in their respective fields including the Journal of the American College of Cardiology, Gastroenterology, JAMA Ophthalmology, and Chest. His research has been featured in over 150 international media outlets including the New York Times, IFL Science, Forbes, Yahoo News, the Times of India, Reuters, Medscape, CNN, and the Daily Mail.

Looking to the future, Sodhi hopes to inspire and motivate other young scientists and medical professionals to pursue their dreams.

“One of the greatest qualities of the CMHF laureates is that aside from being pioneers in their respective fields, they all contribute to their local communities to help those who need it most,” he says. “I strive to obtain that standard of excellence not only as a future physician, but as a member of the global community — and hope to inspire others to do the same.”

Sodhi was previously awarded the Governor General Gold Medal, the most prestigious award a Canadian student can receive, as well as the UBC Nestor Korchinsky Student Leadership Award for his leadership within the community.

Each CHMF award recipient receives a cash prize of $5,000 and a travel subsidy to attend the 2023 Canadian Medical Hall of Fame Induction Ceremony in Halifax, Nova Scotia where they will have the opportunity to meet CMHF Laureates and interact with health leaders from across the country.

Each of Canada’s faculties of medicine and health sciences facilitated the review of applicants and recommended one award recipient. Three letters of support are required by applicants including one non-academic community reference describing their community impact, along with a 1,000-word essay describing why they should be considered for the Award and articulating the qualities of the CMHF Laureate who inspires them most.

The 2022 CMHF Award recipients were originally announced on the CMHF website.