Mohit Sodhi, a graduate of the Faculty of Medicine’s Experimental Medicine Program, has been awarded a Governor General’s Gold Medal. 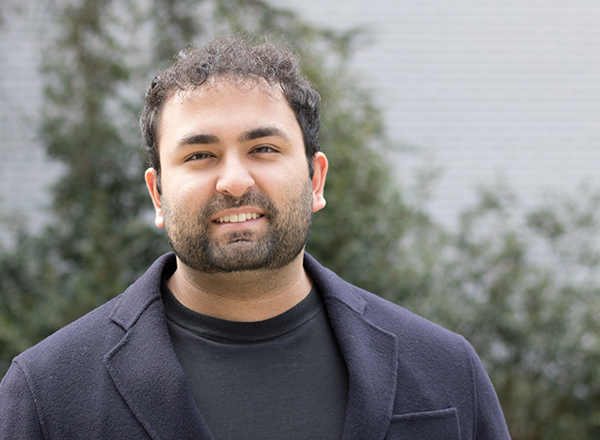 Mohit Sodhi is a graduate of the Faculty of Medicine’s Experimental Medicine Program and the winner of a Governor General’s Gold Medal.

He investigated the risk of AACG with the use of triptans, which are a commonly prescribed medication for migraines. His research used health claims databases containing millions of patient cases to examine possible statistical significance linking the eye disease to the medication. He found that triptans do not appear to increase the risk of AACG, reassuring prescribing clinicians and people who use the medication.

In the field of drug safety studies, researchers report potential problematic connections to drug regulatory agencies like the Food and Drug Administration, Health Canada and European Medicines Agency. If the problem is confirmed, the agency will issue an alert or change drug labels to reflect the latest information about risks.

“One huge advantage in dealing with drug safety studies is you can see the effect of your research and see how it affects patients, the public, and policy,” Sodhi said.

Sodhi was drawn to experimental medicine due to the flexibility in subject areas he could study. After reaching out to his supervisor, Mahyar Etminan, the pair hit it off both professionally and personally.

“Mohit is very deserving of this award,” said Etminan, an associate professor of ophthalmology and visual sciences. “He is on his way to changing many lives in whatever medical career path he chooses.”

Learning he won the prestigious award was an emotional moment for Sodhi.

“It was a big deal for me. I may or may not have shed a tear when I saw the email saying I won,” he said.

Moving forward, his goal is to continue research that will transform health, working at the Eye Care Centre at Vancouver General Hospital.

“I really hope this award can help me help others,” he said. “I aim to continue to publish big studies, to maximize on the opportunities that have been given to me and to see how many people I can help both directly and indirectly with my work.”

Sodhi will be presented his award at the Spring 2019 convocation ceremony.