In recognition of International Women’s Day on March 8, the UBC Faculty of Medicine is celebrating women in research by speaking with some of our leading researchers in cancer, heart and lung, population health, and brain and chronic disease.

Marianne Sadar, a UBC Professor in the Department of Pathology and Laboratory Medicine, recently developed an experimental drug that shrinks advanced prostate cancer tumours in the lab. It is the first drug in the world that targets the “engine” of the tumour that causes the cancer to grow.

We caught-up with Dr. Sadar to learn more about her journey into cancer research, her recent drug discovery and the strengths that she feels women bring to the scientific community.

What sparked your interest in cancer research? 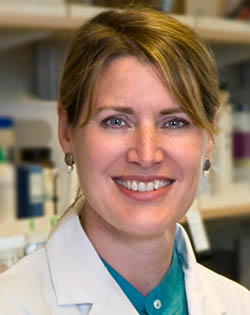 As a child, I learned very early about the pain and loss that cancer brings to families. I was 10-years-old when my 12-year-old sister died of leukemia. My childhood dream was to become a scientist and cure cancer. As I grew older, doubt crept in and I thought that this was beyond my reach.

In university, I was drawn to biochemistry. When I graduated with my Bachelor of Science degree, I found jobs to apply this education in a variety of ways: synthesizing pheromones, concocting inks and resins and measuring environmental contaminants in fish. During this time, I discovered two very important things about myself: I loved experimental design and data and I wanted to be the person in charge of directing the research. I had my own ideas and was frustrated that I didn’t have the education and training to pursue them.

So I went back to university in the United Kingdom and did my PhD thesis work on the metabolic pathways of foreign compounds in fish.

When I came back to Canada, I became a postdoctoral fellow with Dr. Nicholas Bruchovsky – a leading clinician-scientist in prostate cancer at the BC Cancer Agency.

At a molecular level, it was not a big leap to take the research I had been conducting in fish to then study human cancer. I was now immersed in cancer research and had my dream job.

I became successful in obtaining grant funding and became an independent scientist at the BC Cancer Agency and an Honorary Assistant Professor of Surgery at UBC. I was now pursuing my own ideas of how advanced prostate cancer was escaping therapies. I was driven by the idea that I might improve the health of patients who had advanced prostate cancer and had no effective treatment.

What are you working on now?

Basic scientific research is painstakingly meticulous and takes time and patience. Sometimes paths of exploration will lead to dead ends. This is why I consider myself to be lucky, 20-years later, to still be working on my original idea, advancing it step-by-step through a series of discoveries, which started when I found a unique molecular mechanism that could be an explanation for why advanced prostate cancer doesn’t respond to treatment.

After partnering with Dr. Raymond Andersen, a UBC natural compounds chemist, we discovered a first-in-class compound that caused a therapeutic response and founded a biotech company in order to start clinical drug trials.

In December 2015, the first patient received our drug in a “First-in-Human” Phase 1 clinical trial being conducted in Canada and the USA. This dose escalation trial is to test the safety of the drug and determine the Phase 2 dose. As of February 2017, patients were being dosed in the sixth cohort of the clinical trial.

I am extremely fortunate to see a discovery go from the lab bench to the clinic and hopefully what we have learned, and continue to study, will improve the lives of cancer patients.

What advice would you offer women wanting to pursue a career in scientific research?

My advice is that they should pursue a career in scientific research: they are needed and can excel. It was a common belief held by my generation that it was boys that were good at math and science. So for us girls that were good at math and science we could feel that this was unusual and not pursue where our strengths lay. Scientific research is about careful study leading to discovery and many women have qualities well-suited to this, especially the qualities of being persistent and independent-thinking.

It seems that women also have to overcome other cultural barriers. From an early age many girls are socialized to be demure while boys are encouraged to be assertive. Confidence can be mistaken for leadership. Fortunately, the world is changing. Listening to and collaborating with others to generate the free-flow of ideas are skills that more and more women are bringing to leadership roles. The benefits that women bring to any field, committee, and board are becoming recognized.

In short, my advice to women is to pursue their dreams.

Meet some of our other leading researchers

We spoke with Dr. Raymond about her interest in neurology, her current research project and the benefits of pursuing a career in scientific research. 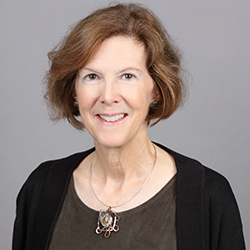 Joanne Matsubara, a UBC Professor in the Department of Ophthalmology and Visual Sciences, is examining age-related macular degeneration (AMD) – a chronic disease and major cause of blindness among the elderly.

We spoke with Dr. Matsubara about her journey in research, her current projects and what she hopes to accomplish. 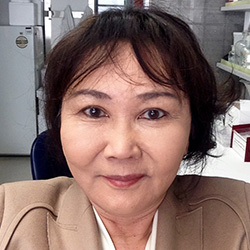 Sheona Mitchell-Foster is an Assistant Professor with UBC’s Northern Medical Program based in Prince George, B.C. She is also a practicing obstetrician gynecologist and researcher, who is dedicated to examining cervical cancer prevention and the reproductive health of marginalized and vulnerable populations.

We spoke with Dr. Mitchell-Foster to learn more about what sparked her interest in pursuing a career as a clinician-scientist, her current research projects and what advice she would offer to women wanting to enter the scientific community. 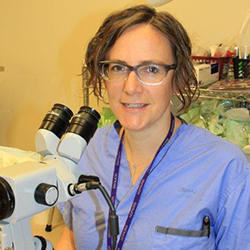 We spoke with Dr. Khan about her research interests, what she is working on now and what advice she would offer women wanting to pursue a career in scientific research. 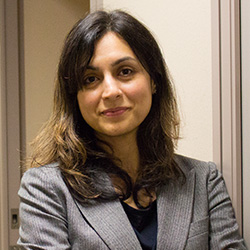