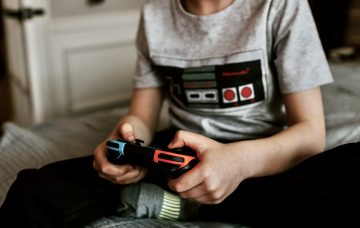 Video games can cause life-threatening irregular heart rhythms in susceptible children, according to a new study co-authored by UBC and BC Children’s Hospital researcher Dr. Shubhayan Sanatani.

The study, published recently in the journal Heart Rhythm, is believed to be the first research into this subject. Dr. Sanatani, a professor in the department of pediatrics and head of cardiology at BC Children’s Hospital, says the findings uncovered an uncommon, but distinct pattern among children who lose consciousness while playing video games. Some of these kids subsequently died.

“An international group of experts in inherited heart rhythm conditions started noticing a pattern of patients who had a cardiac incident while gaming, which prompted this study,” explains Dr. Sanatani.

Through a review of previous case studies and an international callout to physicians specializing in the care of children with heart rhythm disorders, the investigators identified 22 cases of children with sudden loss of consciousness while playing video games. Six children were resuscitated after cardiac arrest, and four children died. A third of the kids had been previously diagnosed with heart rhythm conditions. Several more were diagnosed after their video game incident. The most common underlying causes were catecholaminergic polymorphic ventricular tachycardia (CPVT) and congenital long QT syndrome (LQTS) types 1 and 2. 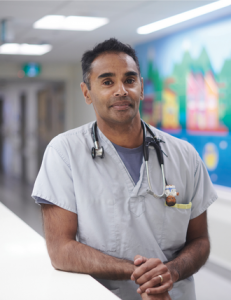 Across the 22 cases, multiplayer war games were the most frequent triggers. Several of the kids had just won or lost, while one person was jumping up and down in excitement. Another child was fighting with his sibling for the electronic game controller at the time of his cardiac arrest.

“While we know competitive sports and certain high-risk activities can be higher risk for kids with these heart rhythm disorders, electronic gaming is new territory for us when it comes to medical advice provided to these families,” says Dr. Sanatani.

“This study shows us we need to factor gaming into our counselling to families and create a safety plan for their child, which could include things like not gaming solo.”

Dr. Sanatani stresses that for most kids there are no underlying heart health risks to playing video games. These findings apply only to those kids with inherited heart rhythm disorders, about one in 2,000 children.

Since some kids remain undiagnosed, Dr. Sanatani emphasizes, “If your child has an unusual episode while video gaming, such as fainting, it’s a good idea to talk to your health-care provider.”

A version of this story was originally published by the BC Children’s Hospital Research Institute.