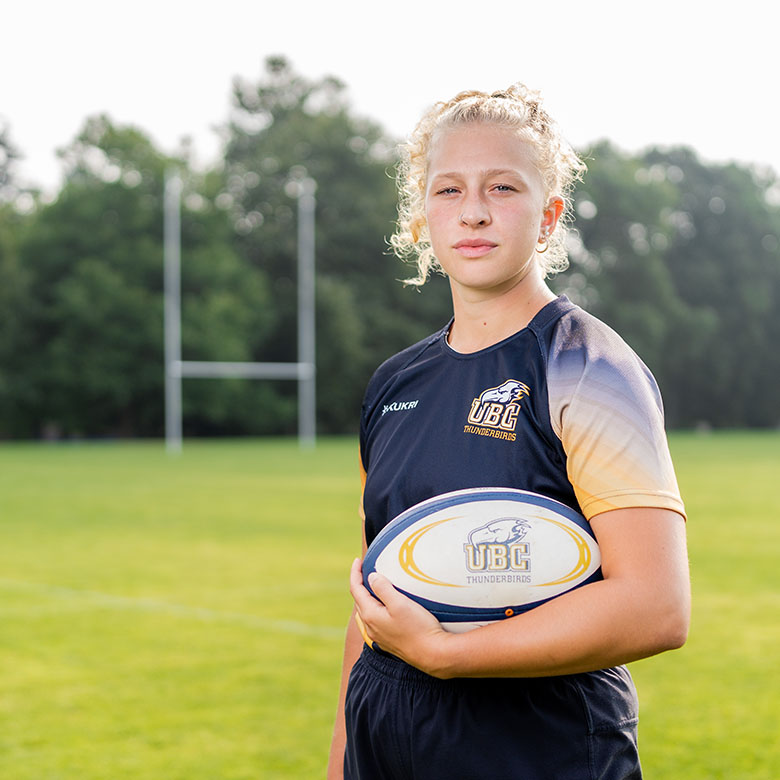 » Home » News » Unlocking the mysteries of concussion and the brain

Unlocking the mysteries of concussion and the brain

It was a freak accident, and at first it didn’t seem like a big deal.

UBC student Rori Wood was practicing with her teammates on the Thunderbirds women’s rugby team. During non-contact drills, another player caught her in the eye with an elbow.

“I was like, oh, that hurt. My eye was throbbing, and there was a cut, but I wasn’t too worried about it because it didn’t feel like that big of a hit,” she remembers.

As one of the team’s veteran forwards, Rori was used to the scrums and tackles that come with the position. Her main concern was getting the eye cleaned up and making sure it didn’t swell too much before the next day’s match.

But a few hours later her head began to hurt — really hurt — and she felt sick to her stomach. There was a feeling of sensory overload: “When my parents picked me up to go to the doctor, everything was so, so bright. Like, a literal fog. And sound just hurt. I wore earmuffs to the appointment.”

Rori was diagnosed with a mild traumatic brain injury, or concussion — her first. She was prescribed rest and quiet for the first few days, followed by a slow and measured return to everyday activities, with check-ups along the way. Most of the symptoms resolved within a month, and in about six weeks Rori was cleared to return to full-contact play.

But her recovery wasn’t always easy: “After you start to feel better, you second-guess yourself. You hit the turf in practice and you think, am I okay? I even started worrying that the concussion had affected my lungs, though rationally I knew that my cardio was fine. You question what’s real and what’s in your head.”

Talking to teammates helped. “Hearing their [concussion] stories made me feel less isolated and helped me understand what I was going through,” she says.

“It also made me realize that no two concussions are the same.”

Concussion can be tricky to diagnose and challenging to treat. Because the circumstances of every injury are unique, every patient’s symptoms and recovery will be different — sometimes very different. Like Rori, most people will see their symptoms resolve fairly quickly. But some will struggle with neurological and psychological effects that linger for months or even longer.

Over the past decade, guidance on recovery has changed to reflect evolving ideas about neuroplasticity and how the brain heals. Activity is now seen as essential to recovery after the initial acute injury phase.

But while concussion symptoms are well documented — and the patient’s experience of symptoms remains the best tool we currently have for both diagnosis and treatment — we know comparatively little about how concussion affects the brain.

“The location and force of the impact, the patient’s sex, age, history of head injury, and their individual physiology all contribute to how the brain responds to trauma,” says Dr. Naznin Virji-Babul, a UBC professor in the Department of Physical Therapy and the Director of the Action-Perception Lab at the Djavad Mowafaghian Centre for Brain Health.

These changes are often too subtle to identify in individual patients using classical neuroimaging analysis. However, with the help of artificial intelligence, Dr. Virji-Babul and neuroscientists across UBC are beginning to unlock the mystery of concussion and the brain. Their work has the potential to change the way we diagnose, treat and even prevent mild traumatic brain injury. 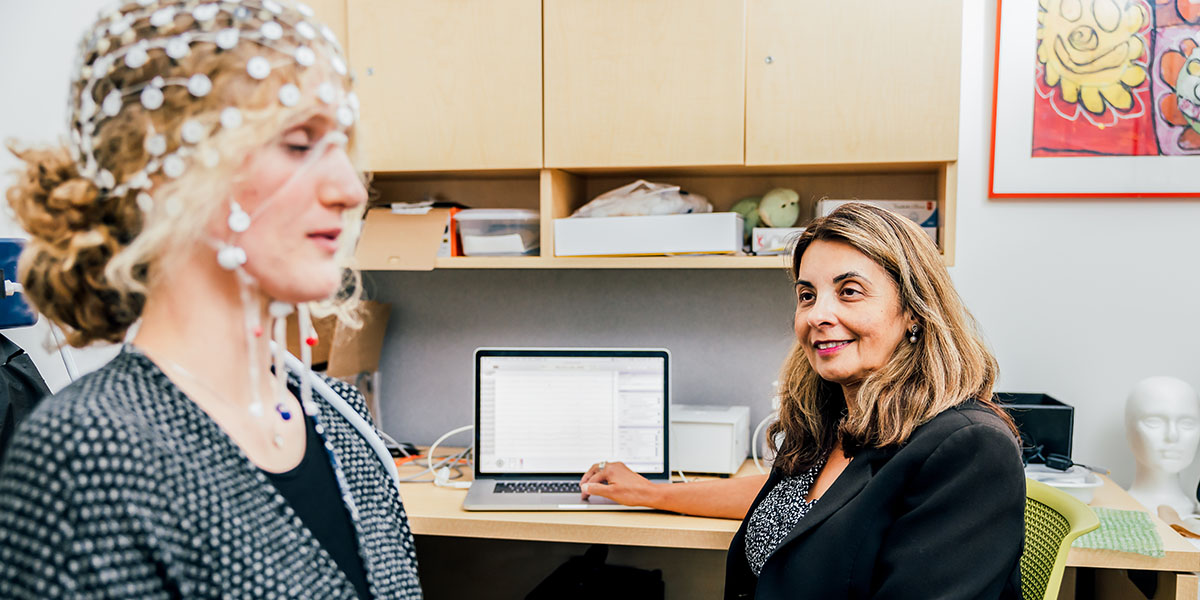 “So if you imagine a river blocked by falling rocks after an earthquake, the water doesn’t stop. It spills over the riverbank and from one river you end up with multiple streams running around the obstruction. This is what we see happening in patients after concussion — the brain re-routes the flow of information to compensate for the injury.” 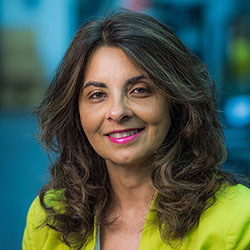 In a recent landmark study, she and her team mapped these ‘neural detours’ in adolescents. Using resting-state electroencephalogram (EEG) data and advanced statistical physics, they analyzed the flow of information between brain regions in both healthy and concussed patients. From this data, the team showed that the injured brains consistently re-routed information along four alternative neural pathways.

“What emerges is an incredible picture of neuroplasticity in action,” she says.

In a follow-up study, the team will investigate how the neural detours affect cognition, how long they last, and whether they alter the trajectory of brain development. Their findings will have important implications for the treatment of concussion in adolescents.

In the meantime, Dr. Virji-Babul and her collaborators have also developed a deep learning algorithm that classifies concussion from raw EEG data with up to 97% accuracy. Their goal is to create an objective, clinically accepted, brain-based automatic classification tool that physicians can use in real-world settings to diagnose concussion.

“The advantage of raw EEG data is that you don’t need to filter it in a lab. And because EEG devices are easily portable, an experienced doctor could use the tool on, say, a rugby pitch at the time of the injury,” Dr. Virji-Babul says.

Because early diagnosis and treatment is so important, accuracy is imperative. The EEG tool could help doctors catch concussions where the symptoms are initially very mild, like Rori’s.

The information could then be used as a data point to track changes in the patient’s brain during recovery — useful for measuring progress and for fine-tuning treatment protocols. 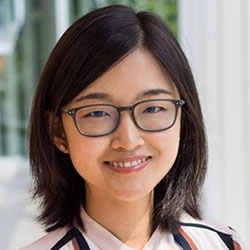 The longer-term effects of concussion are another area of urgent concern for brain researchers.

“The biomechanics of repetitive concussive and sub-concussive trauma is a key area of study, especially in athletes,” says Dr. Lyndia Wu, an assistant professor in UBC’s Department of Mechanical Engineering and School of Biomedical Engineering. “Until we fill the gaps in our knowledge, we could be missing opportunities for interventions in care and prevention.”

Dr. Wu is leading an innovative five-year study that tracks these effects in male and female hockey players and other UBC varsity athletes who play high-impact sports.

At the beginning and end of each season, and following any in-season concussions, the athletes undergo extensive neurological testing to create ‘before and after’ snapshots of their brains. Then, during the season, the players are filmed at practices and games, their every impact recorded. When possible, they wear special motion-tracking mouthguards that measure the biomechanics of the hits. The impact data are analyzed with the brain snapshots using advanced modelling and analytics to create what will eventually become one of the world’s most comprehensive pictures of sports concussion and repetitive mild head trauma to date.

“We’re hoping that our insights from the study’s different data sets could help to refine treatment and diagnostic protocols for athletes and non-athletes alike — and make protective equipment safer,” Dr. Wu says.

Both Dr. Wu’s and Dr. Virji-Babul’s research could also yield new insights into how concussion affects women differently from men. 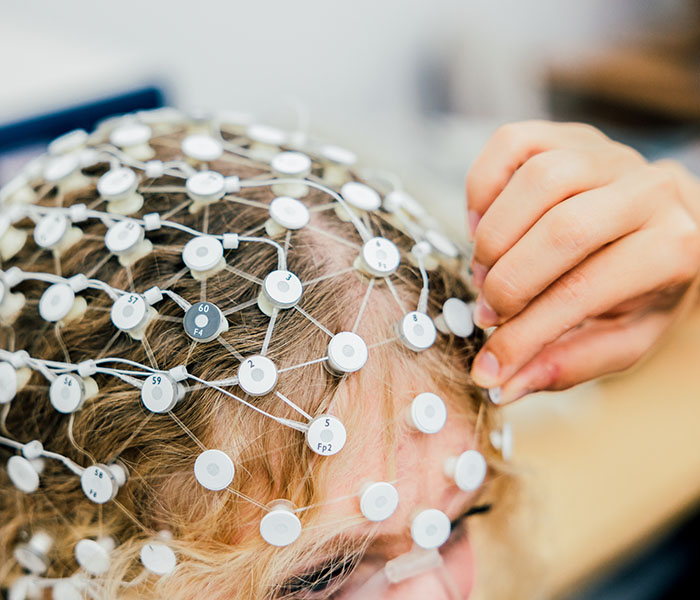 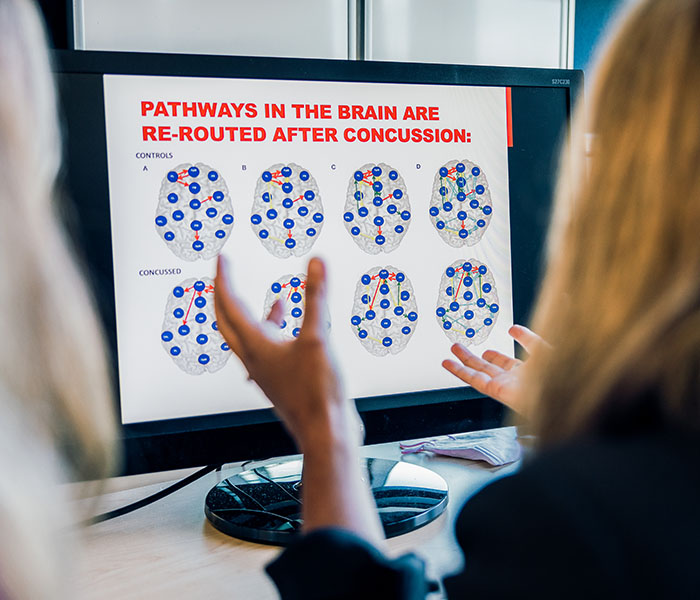 It’s well documented that females report more symptoms than males and take longer to recover. Why?

“There is evidence to suggest that hormones play a role in these differences. But the fact is, we don’t know enough, because concussion is understudied in women,” says Dr. Virji-Babul, who in 2020 was appointed Senior Advisor to the UBC Provost on Women and Gender-Diverse Faculty.

That’s why, she says, it is important that studies like Dr. Wu’s focus on athletes of both sexes, and include researchers with diverse expertise from diverse backgrounds.

“Better tools begin with better data. If our goal is to make diagnosis, treatment and prevention more effective for everyone, then it’s not enough to make breakthrough discoveries for one group of people.”
— Dr. Naznin Virji-Babul
Director of the Action-Perception Lab

In her own work, Dr. Virji-Babul is expanding the EEG study to include an equal number of female and male participants, matched by age, symptoms and other criteria, in order to generate robust, representative data from which any sex-specific effects can be readily flagged and analyzed.

“Better tools begin with better data. If our goal is to make diagnosis, treatment and prevention more effective for everyone, then it’s not enough to make breakthrough discoveries for one group of people. We need to understand whether and how concussion affects people’s brains differently — and share that knowledge,” she says. 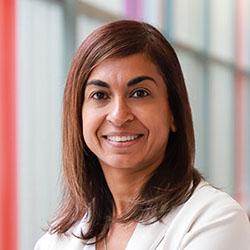 Ultimately, biomechanics, sex differences and individual brain physiology are just a few of the factors that affect how people experience and recover from mild traumatic brain injuries. There are many more, including mental health, gender, socio-economic status, and cultural background. The goal of brain-based research is to give clinicians another set of tools to help them diagnose and treat each patient in all of their complexity.

To this end, Dr. Shelina Babul, a clinical professor in UBC’s Department of Pediatrics and an expert in knowledge translation, is working with concussion researchers at UBC and beyond to make sure their discoveries reach physicians and the public through platforms like the Concussion Awareness Training Tool (CATT), which is regularly updated to reflect the evolving science of concussion.

“Between UBC and the work being done provincially, BC is really leading the charge to making the lives of British Columbians and individuals across the country safer when it comes to brain health,” Dr. Babul says.

Rori Wood, meanwhile, has great expectations for the Thunderbirds this year.

“We’re ranked first in our conference and second in the country. I think we have a legitimate shot at the national title,” she says.

As she and the other veterans welcome new players to the team, Rori will make herself available as a friend and a mentor. She hopes that none of her new teammates will have to go through what she did, but if they do, she’ll be ready to share her concussion story.

“I hope it will make the experience a little easier for them.”