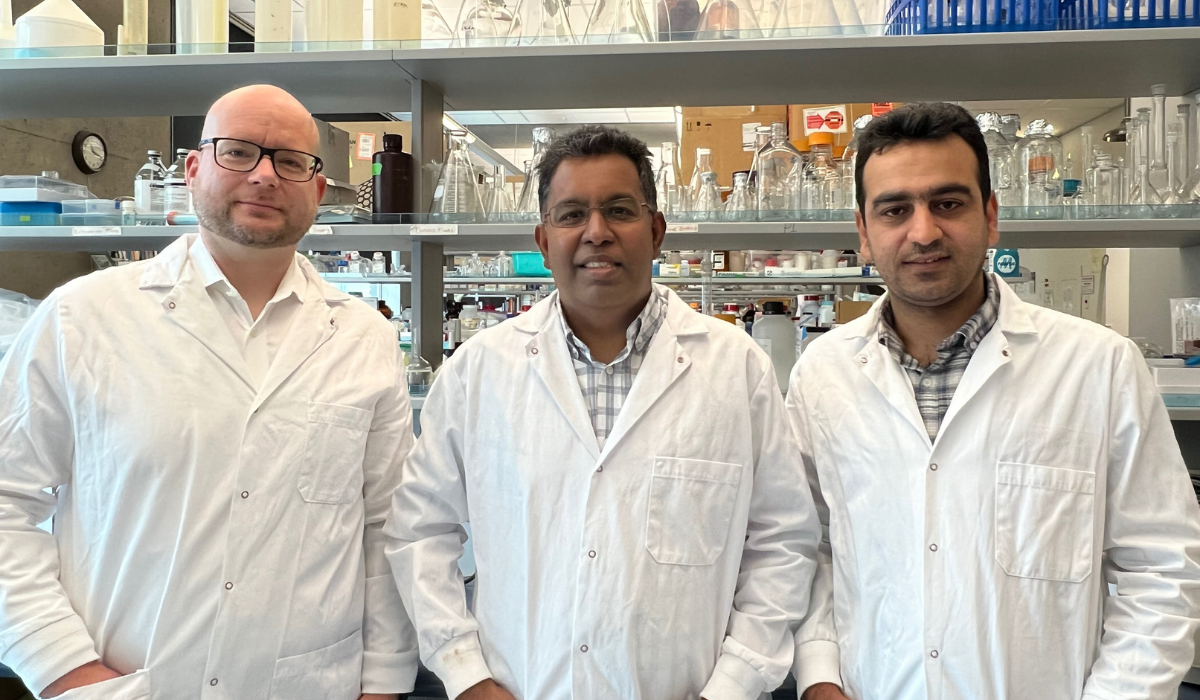 UBC Medicine researchers have found a ‘silver bullet’ to kill bacteria and keep them from infecting patients who have medical devices implanted.

The team from UBC and the Vancouver Coastal Health Research Institute has developed a silver-based coating that can easily be applied to devices such as catheters and stents. Their novel formulation, discovered by screening dozens of chemical components, overcomes the complications of silver that have challenged scientists for years.

“This is a highly effective coating that won’t harm human tissues and could potentially eliminate implant-associated infections. It could be very cost-effective and could also be applicable to many different products,” said Dr. Jayachandran Kizhakkedathu (he/him), professor in UBC’s department of pathology and laboratory medicine, Centre for Blood Research and Life Sciences Institute and co-senior author of the study published today in ACS Central Science. 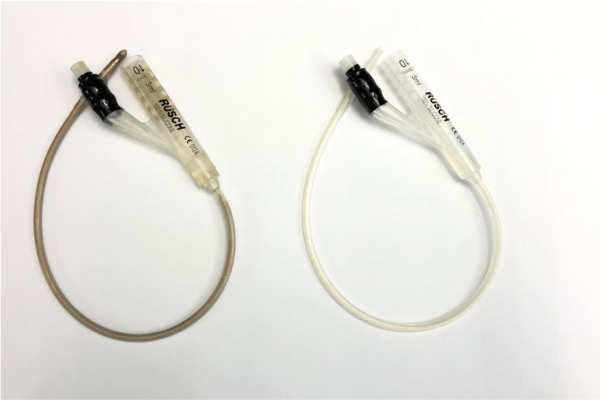 Implanted medical devices can save lives, but they carry a great risk of infection which usually arises from contamination as the device is being implanted. Urinary tract infections from catheters, for example, are among the most common hospital-acquired infections.

Silver has long been viewed as a potential solution because of its ability to kill bacteria, but its use on implanted devices poses several challenges that have stumped researchers until now. The main challenge is its toxicity. Too much of the poison that kills bacteria can also be bad for human cells and tissues.

Coatings incorporating silver have also proven overly complicated to make, lacked durability, became easily gummed up with proteins or crystals, or simply didn’t adhere well to the surface of devices and implants.

The UBC team led by Dr. Hossein Yazdani-Ahmadabadi, a former chemistry PhD student from the Kizhakkedathu laboratory, combined silver nitrate, dopamine and two hydrophilic polymers to generate the coating. Once implanted, it releases silver ions gradually in small, controlled quantities—enough to kill bacteria but not harm human cells. It repels live and dead bacteria and other fouling agents from its surface, keeping it clean.

It also maintains its killing activity for longer than has been achieved by other coatings.

The researchers tested it for 30 days in an environment with a high concentration of diverse and resilient bacteria known to cause infections. Their device came away with no bacteria attached. In a seven-day test with live rats, it performed the same way and did not harm the rats’ tissues.

“Other silver-based coatings rely on contact killing, meaning the bacteria have to attach to the material in order to be exposed to the silver and die. This results in dead bacteria building up on the surface over time and rendering the device ineffective,” explained the study’s other co-senior author Dr. Dirk Lange (he/him), associate professor in UBC’s department of urologic sciences and director of basic science research at the Stone Centre at Vancouver General Hospital.

“This is a highly effective coating that won’t harm human tissues and could potentially eliminate implant-associated infections.”
Dr. Jayachandran Kizhakkedathu

“We’re preventing that by keeping bacteria off the surface in the first place, and then killing them with the release of silver. Since we prevent attachment of both live and dead bacteria, this coating has significant potential to maintain a clean surface for any device or material for an extended period of time, which is something we haven’t seen so far.”

Silver is a precious metal, but the amount required is so small that it would add only about 50 cents to the cost of a catheter.

The research team looks forward to seeing how the coating performs in clinical trials, and is optimistic that their discovery could be in wide use to prevent infections in patients within the next decade.