Patients receiving chronic prescription opioid treatments for non-cancer pain are about eight times more likely to start injection drug use, according to a new study from researchers at the UBC Faculty of Medicine and BC Centre for Disease Control (BCCDC).

The study, recently published in The BMJ, demonstrates one of the potential risks associated with prescription opioid treatments, which are generally not recommended as a first-line treatment for chronic pain.

“At a time when we’re experiencing a catastrophic overdose epidemic related to a toxic illicit drug supply, it’s deeply concerning to know the higher rate at which these patients are transitioning to injection drug use,” said senior author Dr. Roy Purssell, interim co-head and professor at UBC’s department of emergency medicine and a medical lead of the BC Drug and Poison Information Centre at BCCDC. “It’s a wake-up call for health care providers, who need to be increasingly judicious in managing these medications and supporting the people who are using them.” 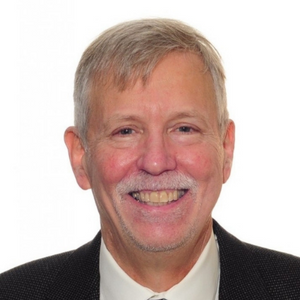 While previous research has mainly focused on individuals who obtain prescription opioids through non-medical means—such as friends, family or drug dealers—this is one of the first studies to look at injection drug use among patients who have been medically prescribed opioids.

The research team analyzed prescription information for nearly 1.7 million people in British Columbia through the Integrated Data and Evaluative Analytics (IDEAs) database, also known as the BC Hepatitis Testers Cohort. Using this large dataset, the researchers identified patients who received prescription opioid treatments and classified the treatment as either chronic (frequent use longer than 90 days), episodic (infrequent use longer than 90 days), or acute (less than 90 days). Nearly 15,000 people were found to have undergone chronic treatments between 2000 and 2015.

The team then considered which individuals initiated injection drug use based on evidence of a problem related to the use of injectable drugs and an injection-related infection.

The analysis revealed that four per cent of people receiving chronic opioid treatments initiated injection drug use within five years. This was higher than people with episodic use (1.3 per cent), acute use (0.7 per cent) or no history of prescription opioid use (0.4 per cent). Initiation of injection drug use was also found to be more frequent with higher prescribed opioid doses and among younger people.

“There may be a number of reasons why we’re seeing people transition to injection drug use, such as increasing tolerance, a need to manage uncontrolled pain or the sudden discontinuation of treatment,” said Dr. Purssell. “Every patient’s journey is unique, and this really highlights the importance of shared decision making that puts the needs and well-being of the patient first.”

“It’s a wake-up call for health care providers, who need to be increasingly judicious in managing these medications and supporting the people who are using them.”
Dr. Roy Purssell

Previous research has identified inadequately managed pain and the denial of pain treatments as risk factors for illicit drug use. Recognizing this, the Canadian Pain Task Force has called for shared decision-making between health care providers and individuals living with chronic pain that balances the benefits and harms of opioid medications.

The researchers emphasized that the findings should not be used to support involuntary tapering or discontinuation of opioid treatments, as this could increase the risk of harms and lead to illicit drug use in some individuals—potentially increasing risk of overdose and death due to the toxic illicit drug supply.

Instead, Dr. Purssell suggests that we need to do more to support the needs of individuals with chronic pain.

“We need to improve access to multidisciplinary pain management approaches that include non-opioid interventions, such as behavioural therapy. There are also steps we can take to prevent and treat prescription opioid dependence, such as support and resources to help people voluntarily and slowly taper or discontinue opioids, which could reduce the risk of injection drug use initiation.”

This study was supported by the British Columbia Centre for Disease Control and Canadian Institutes of Health Research.