Scientists at the UBC Faculty of Medicine and the BC Cancer Agency have discovered three genetic mutations that cause a rare gastric condition that can lead to stomach cancer.

The Australia-led team included David Huntsman, Professor in the Departments of Pathology and Laboratory Medicine and Obstetrics and Gynaecology and Intan Schrader, an Assistant Professor of Department of Medical Genetics.

The discovery will eventually enable people who have a family member with proximal polyposis of the stomach (GAPPS) to have a have a DNA test to determine whether they will develop the condition and stomach cancer. GAPPS  is a condition in which the upper part of the stomach becomes carpeted with hundreds or thousands of benign growths, known as polyps. In some GAPPS patients the polyps become cancerous. 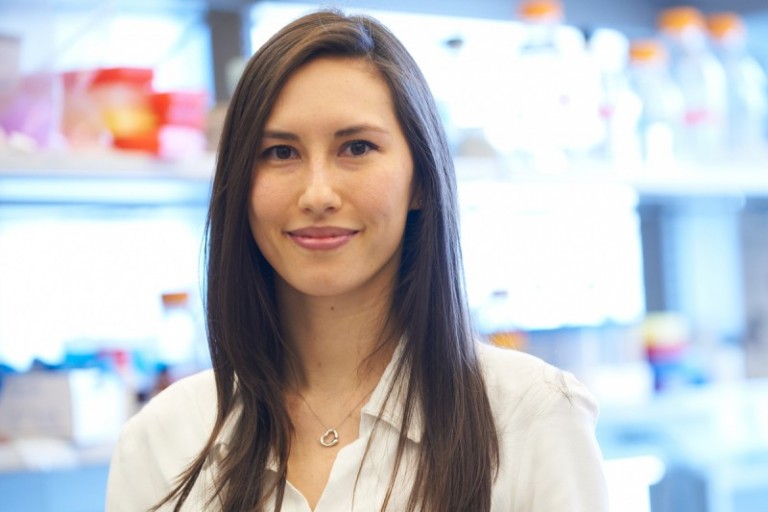 Until now, researchers have been unable to identify the biological cause of GAPPS. The three mutations discovered are related to a known cancer gene called APC, but the region of this gene that causes GAPPS was not being captured in current DNA screening tests, or assays.

“This new finding will change the way we test for a very well-known cancer susceptibility gene and has significant implications for how we think about other syndromes known to heighten the risk of cancer and how we clinically screen for the mutations that cause them,” said Dr. Schrader, a Medical Geneticist with the BC Cancer Agency’s Hereditary Cancer Program.

The B.C. based work was supported through the BC Cancer Foundation. The study was led by Professor Georgia Chenevix-Trench, the head of the Genetics and Computational Biology Department at QIMR Berghofer in Australia and published today in The American Journal of Human Genetics.

The findings also drew connections to a long-known hereditary condition — familial adenomatous polyposis or FAP— known to cause colon cancer. Although increased colon cancer risk has not been a recognized feature of GAPPS, now further work is required to determine if families with these mutations have a heightened risk for colon cancer, and conversely if individuals with FAP due to similar mutations of the APC gene have a higher risk of gastric cancer.