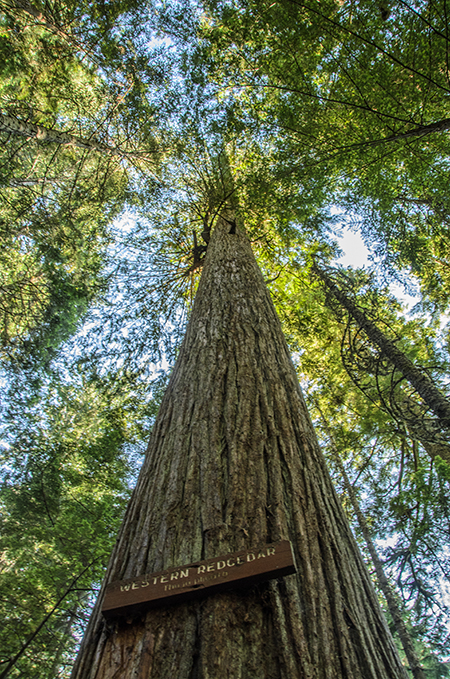 The Western red cedar occupies a special place in British Columbia’s history, culture and economy. Growing to 60 metres, its majesty, versatility and durability have made it a cornerstone of Northwest Coast Aboriginal traditions and a major cash crop for B.C. Not surprisingly, it is the province’s official tree.

The wood is also toxic to some of the people who cut it or mill it.

When a naturally occurring chemical in the wood, plicatic acid, is released into the air during cutting or milling, it leads to asthma in about 5 percent of people who regularly inhale it. The condition often arises in workers in their 30s or 40s, and after a certain point, this asthma may become permanent, even if they cease to be exposed. If exposure continues, the asthma often becomes debilitating.

Hans Brezina spent 34 years breathing in plicatic acid while logging in B.C.’s forests without a mask or cutting the wood in poorly-ventilated mills, where the air was so thick with sawdust “you could barely see anybody around you.”

Now, the 57-year-old Surrey resident says, “I get up in the morning, and by the time I get to the bathroom, I’m already coughing… If I go digging in the garden, I can only do it four or five minutes at a time.”

This form of occupational asthma, first clinically described in the 1970s by UBC faculty, is officially diagnosed in B.C. by a team led by Professor Chris Carlsten, in the Division of Respiratory Medicine. If the test is positive, WorkSafeBC accepts a claim for compensation.

But it involves two or three days of testing at Vancouver General Hospital, which includes having the worker inhale plicatic acid to see if it impairs the person’s lung function – a financial burden and an unpleasant experience. It also costs the province about $1,500.

For the decade that Dr. Carlsten has been doing these tests, he has collected and preserved blood samples for future study. But until recently, the vials sat mostly dormant in a freezer at VGH.

Then he and Scott Tebbutt, an Associate Professor in the Division of Respiratory Medicine and the Centre for Heart Lung Innovation at St. Paul’s Hospital, got to talking.

Using blood as a surrogate 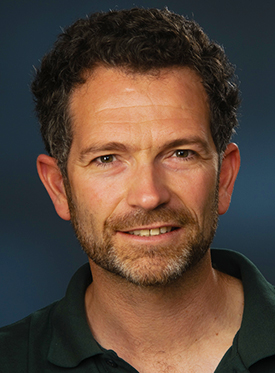 Like most people, Dr. Tebbutt – the Chief Scientific Officer at the Prevention of Organ Failure Centre of Excellence (PROOF) – had no idea that Western red cedar sawdust could cause asthma. But he and graduate student Yolanda Yang immediately saw the value of Dr. Carlsten’s blood collection.

They proposed a project that would use the existing samples and ongoing tests to find a blood-based biomarker for Western red cedar asthma.

The first day’s challenge involved a common test for confirming a diagnosis of asthma – inhaling methacholine, which causes airways to spasm in people with asthma. The second day’s challenge, the inhalation of plicatic acid, is used to confirm that Western red cedar is indeed the cause.

Using blood samples taken just before the plicatic acid challenge, Dr. Tebbutt and Yang examined gene expression in the RNA of the patients’ white blood cells, looking for a pattern that occurred among people who tested positive but did not appear among those who tested negative.

As described in an article published in May in the American Journal of Respiratory and Critical Care Medicine, they found just such a pattern: Distinct levels of RNA molecules produced by two different genes. Those RNA molecules produce proteins that are known to affect inflammation and stress responses.

Then, Dr. Tebbutt and Yang looked for that same variation in RNA levels in the blood samples of another set of men whom Dr. Carlsten had previously diagnosed with Western red cedar asthma. They found it in six of the seven.

“Admittedly, this was a very small sample size,” Dr. Tebbutt says. “But the RNA pattern was able to pick out the presence of Western red cedar asthma from a group of men who were very similar – they all worked in mills, and they all had asthma. Those results provide a rationale to keep testing these biomarkers, and keep our eyes out for any others.”

The elusiveness of small molecules 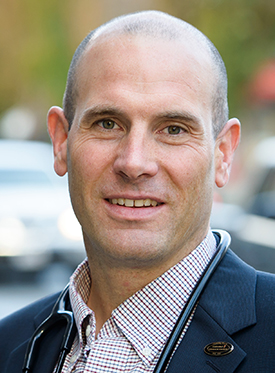 If further testing validates the biomarkers, it would be a milestone in the diagnosis of occupational asthma (in contrast to asthma caused by pets, dust mites, or grass). In addition to Western red cedar, other occupational triggers for asthma include isocyanates (used in spray-painting and foam-spraying on vehicles), persulphates (used by hairdressers), disinfectants (used by custodians and many others) and antibiotics (handled by pharmacists and other health care workers).

“Then you’re talking about millions of people around the world,” Dr. Carlsten says.

The test, because it would be so much easier than Dr. Carlsten’s two-day procedure, might also help catch Western red cedar asthma in its early stages, before it gets so severe that it becomes a permanent condition. But that would also require the patient to act on that diagnosis – ending the exposure by changing jobs.

“The people who get it tend to be tough, young immigrant workers who ‘grin and bear it’ until it gets really bad,” Dr. Carlsten says.

Hans Brezina isn’t sticking it out – in fact, he stopped working even before he was diagnosed. But that diagnosis came only seven months ago, after decades of exposure.

“I was stunned,” Brezina says. “I didn’t think it was possible. It would have been good to know about this – I would have worn a mask.”