The federal government is providing $921,000 to Faculty of Medicine researchers to better understand attitudes toward boating safety and develop an awareness campaign to promote better practices in British Columbia.

The funding comes from Transport Canada’s Boating Safety Contribution Program, which has two components – one geared towards recreational boating safety. 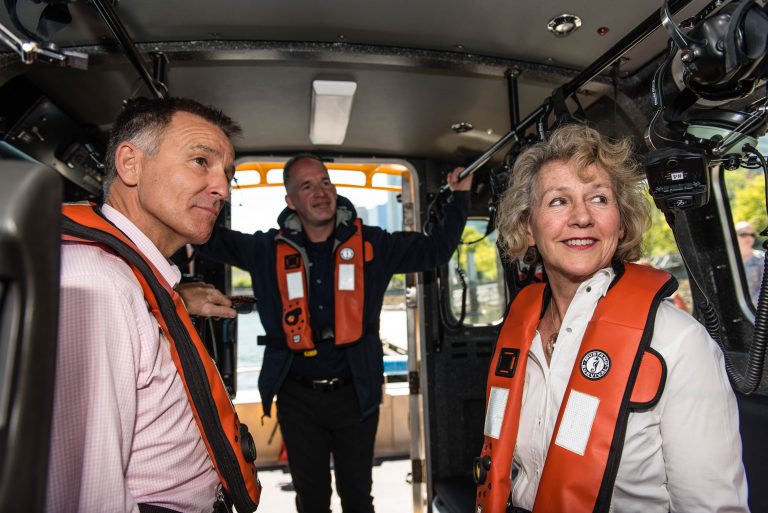 The three-year project, to be led by Ian Pike, an Associate Professor in the UBC Department of Pediatrics and Director of the B.C. Injury Prevention Unit, will be comprised of three phases.

First, a report will be produced about recreational boating injuries in B.C., including the review of existing reports, lessons learned from prior project evaluations, market research and consultations with experts in the field. Based on these findings, UBC will develop a social marketing campaign to promote safe boating practices and behaviours. The plan will be tested via a series of focus groups across the province’s five health authorities, and refined accordingly. Prior to launch, formal baseline measurements will be taken to evaluate the success of the campaign.

In the second phase, the campaign will be launched through television, newspapers, blogs, radio, ambient signage and other marketing approaches. The campaign activities will be monitored, assessed and measured on an on-going basis.

In the third phase, public response will be tracked and the campaign will be modified accordingly. UBC will generate a final report quantifying the campaign’s impacts. Results will be shared with other jurisdictions to promote best practices.

“I am pleased to see that, year after year, our partners and stakeholders are onboard with our efforts to promote the importance of safe boating practices across the country,” said Joyce Murray, Member of Parliament for Vancouver Quadra and Parliamentary Secretary to the President of the Treasury Board, on behalf of Marc Garneau, Minister of Transport. “Together, we are making our waterways safer and working to reduce boating fatalities and injuries.”

There are an estimated 14 million recreational boaters in Canada. On average, 100 boating fatalities happen annually on Canadian waters. About 90 per cent of people who drown in recreational boating incidents are not wearing a lifejacket or personal flotation device (PFD).