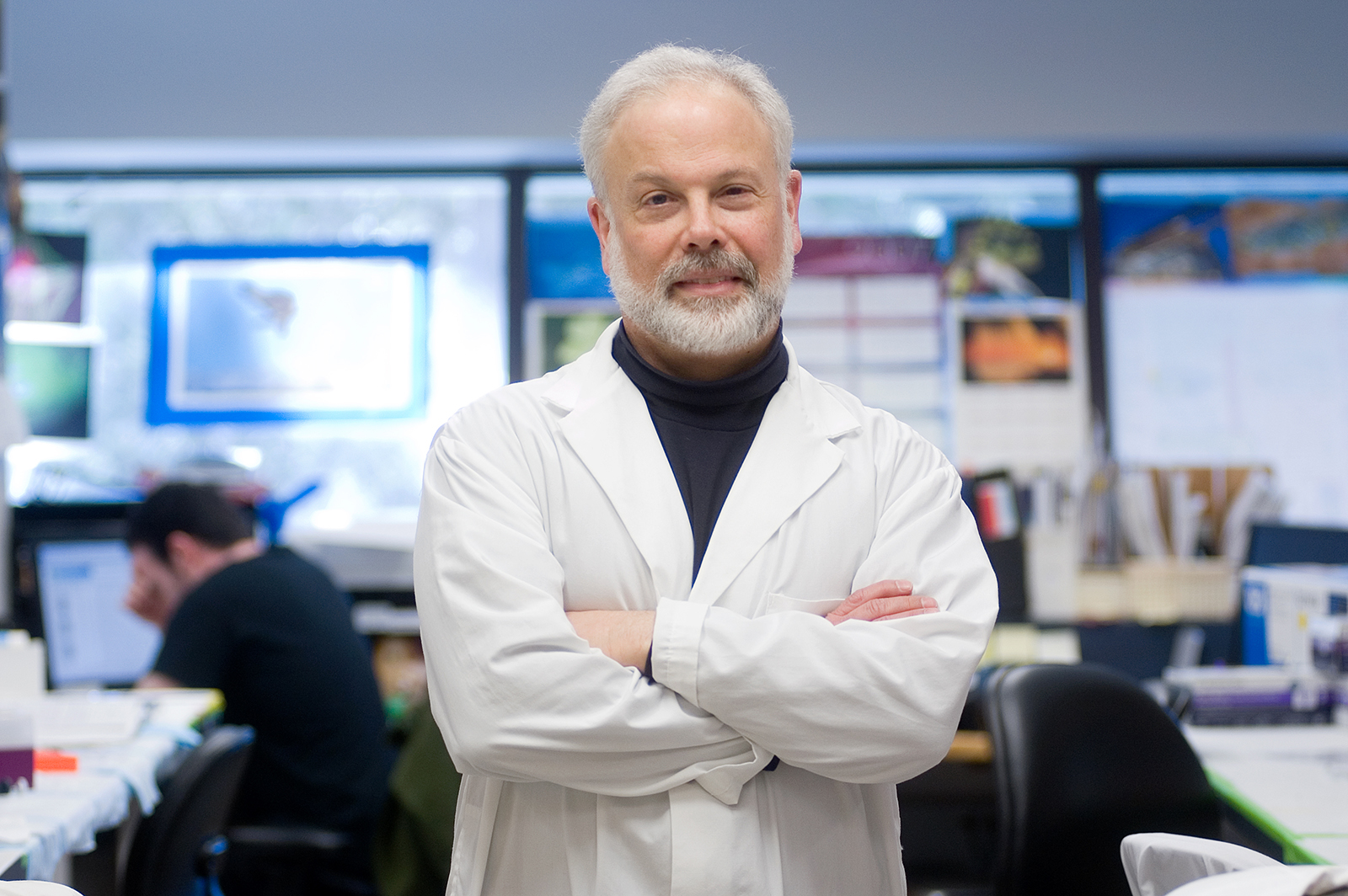 When a mysterious neurological disease was recently discovered in New Brunswick, Dr. Neil Cashman, a clinician-scientist in UBC faculty of medicine’s division of neurology and member of the Djavad Mowafaghian Centre for Brain Health, was called into action.

Because of his expertise in neurodegenerative diseases, in particular protein misfolding diseases, Dr. Cashman was asked by Dr. Michael Coulthart, Head of the Canadian Creutzfeldt-Jakob Disease Surveillance System for the Public Health Agency of Canada, to be an advisor on his national team of researchers. This surveillance system monitors neurological illnesses that resemble Creutzfeldt-Jakob disease (CJD) and reviews them on a case-by-case basis.

CJD is a prion disease caused by misfolded prion proteins.

“There is a normal prion protein which we all have,” explains Dr. Cashman, “It is most abundantly expressed in the brain and can be triggered to misfold spontaneously in the body, resulting in CJD.”

Other prion diseases, such as variant-CJD (commonly known as mad cow disease) are caused by exposure to infectious prions from misfolded protein consumed through diet. Dr. Cashman warns that there is always a fear that prions might be transmitted from other animals to humans.

“In the interest of public health, we have to go back to first principles and figure out what this is through science.”
Dr. Neil Cashman

However, despite many similarities, tests for CJD have not found any trace of any known prion diseases in New Brunswick, which points to the likelihood that this is a new disease. When a cluster of cases is found in a specific geographical area, it is usually most likely due to exposure to an unknown environmental toxin.

“In the interest of public health, we have to go back to first principles and figure out what this is through science,” says Dr. Cashman. “This includes looking at the epidemiology, environmental assessments and toxicology of the affected people before we can provide proper advice.”

In additional to being the director of the Amyotrophic Lateral Sclerosis (ALS) Centre at the GF Strong Rehabilitation Centre and a member of the UBC Hospital Clinic for Alzheimer Disease and Related Disorders (specializing in CJD), Dr. Cashman is also the founder and chief scientific officer of a company called ProMIS Neurosciences. The work of ProMIS involves finding treatment for misfolded protein diseases, including ALS, Alzheimer’s and Parkinson’s.

To date, ProMIS has developed therapeutic antibodies against all of the misfolded proteins participating in neurodegeneration.

“We have humanized antibody against amyloid beta oligomers for Alzheimer’s disease and we have anti-SOD1 and anti-TDP 43 antibodies, both of which participate in ALS,” Dr. Cashman notes. “We have also discovered antibodies that distinguish between normal alpha-synuclein and diseased toxic misfolded alpha-synuclein in Parkinson’s disease.”

The next step for Dr. Cashman and his team is to take this preclinical research and move into clinical trials by partnering with big pharma companies to treat diseases with these antibodies.

“By first developing therapeutic antibodies through ProMIS, we can then use the antibodies as probes for research in protein misfolding and disease. There are many uses for these antibodies and this work is just the beginning.”

This story was originally published on the Djavad Mowafaghian Centre for Brain Health website.