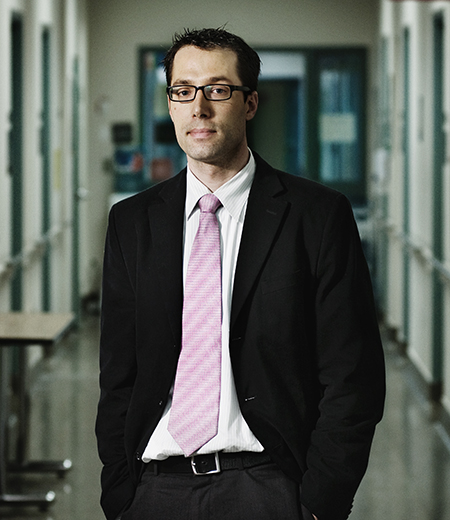 Researchers at UBC and the B.C. Centre for Excellence in HIV/AIDS will lead one of four sites chosen by the federal government for a study comparing opioid addiction treatments.

The $4.4 million effort will evaluate two treatments for prescription opioid dependence: methadone, which is the current standard of care in Canada, and buprenorphine/naloxone, often the therapy of choice in the United States.

The study will address real-world treatment conditions, including patient preference for short-term vs. long-term treatment with medication, strict regulations for methadone dosing (i.e. dispensed daily at a pharmacy) vs. flexible take-home dosing for buprenorphine/naloxone, and treatment adherence, among others. The study will support shared decision-making by patients and providers to increase the number of patients that stay in treatment.

The comparison of the effectiveness of the two treatment models in reducing prescription opioid use will generate practice-based evidence that will be extremely valuable for informing patient care and improving overall health outcomes in Canada.

The teams participating in the study were established under Canadian Research Initiative in Substance Misuse (CRISM), launched in 2015 to support national collaborative research on reducing negative effects of prescription drug abuse, substance misuse and addiction, including overdose and death. The other teams are in the Prairies, Ontario, Quebec/the Maritimes.

The teams collaborated in designing the study, which is called “Optimizing patient centered-care: a pragmatic randomized control trial comparing models of care in the management of prescription opioid misuse,” or OPTIMA.

“British Columbia has been particularly hard hit by prescription drug abuse with an alarming rate of overdose deaths,” said Evan Wood, a UBC Professor of Medicine and leader of the B.C. team, which will receive $1.1 million for its part in the project. “Through the support of CIHR and British Columbia’s Ministry of Health, the province’s CRISM node is excited to work on innovative research that will meaningfully improve public health and safety.”

“Our Government is committed to investing in collaborative research projects aimed at improving the health and lives of thousands of Canadians and their families struggling with prescription drug abuse,” said the Hon. Jane Philpott, federal Minister of Health. “We commend the regional teams for undertaking a study that has tremendous potential to provide the necessary information to ultimately offer the right treatment to the right patient.”

“Collaboration between teams is key to ensure knowledge exchange and better use of study results,” said Anthony Phillips, a UBC Professor of Psychiatry and Scientific Director of the CIHR Institute of Neurosciences, Mental Health and Addiction. “We are confident that this research will help address the devastating impact of prescription drug abuse, focus on prevention, and offer effective solutions to those facing these issues.”