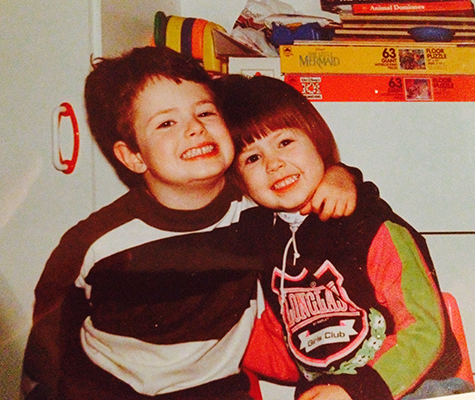 Ben and Alexandra Sheppard as young kids, growing up in North Vancouver.

To outsiders, siblings Ben and Alexandra Sheppard may have appeared more dissimilar than they were alike.

Growing up, one was an early riser, the other a night owl. One preferred participating in individual sports; the other relished competing as part of a team. One excelled at cracking complex math problems; the other took an avid interest in science.

But despite the differences, Ben and Alex shared a common bond — one that would only strengthen as the years passed.

“Ben and I always got along really well, even from a young age,” recalls Alex, two years her brother’s junior.

Growing up at the foot of Grouse Mountain, the two spent their childhood playing outdoors in the bounty of North Vancouver’s urban forests. By their 20s, they began exploring the larger world together — setting off to witness the fabled sights and skylines of Europe.

But the close connection between Ben and Alex went beyond their years of childhood memories and experiences travelling the globe. Rather, it was a connection rooted in common interests and — more importantly — shared values.

“We were both really passionate about medicine, and the prospect of helping others,” says Alex. “The notion of becoming a doctor was something that preoccupied us both.”

And so, after completing their undergraduate degrees — a bachelor of physiology from McGill for Alex and a bachelor of science in biology from the University of Victoria for Ben — the pair decided to embark on yet another journey together —this time as medical students at UBC.

“I remember the day we found out that we were accepted into the program. We had this big, long hug,” says Alex, recalling the four-year old memory like it was yesterday.

From start to end

Over the course of their time at UBC’s medical school, the siblings would go on to attend the same lectures, pour over the same textbook cases, and walk the same hospital wards. 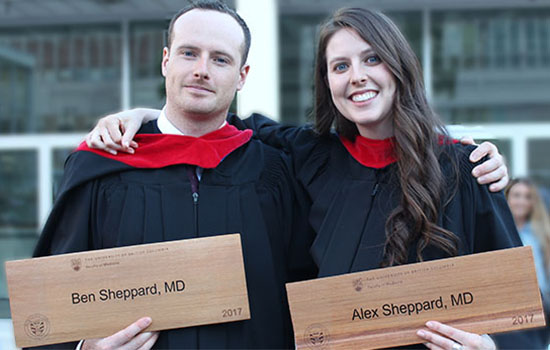 Ben and Alex Sheppard celebrate the end of their journey through medical school at this year’s MD Hooding ceremony.

“We went through the whole experience together — from start to end,” says Ben. “We were there to support each other through the peaks and valleys, and it was unbelievable to have somebody that close.”

“You can have friends or family members who you can talk to about certain things, but to have someone who you’re that close with, who has an intimate understanding of what you’re going through, I think that’s pretty unique and special.”

It wasn’t long after they started medical school that the two became known amongst their fellow students as simply ‘the Sheppards.’

But their surname, and their love of medicine, was not all the two shared.

Alex and Ben were also united by their common Métis-Cree heritage, and their interest in Aboriginal health.

“We both have an interest in supporting underserved populations, and helping to alleviate barriers to accessing care,” says Ben, who selected to travel to the northern BC communities of Terrace and Fort St. James, both home to large Aboriginal populations, during his medical electives.

Gaining a deeper understanding of the barriers faced by BC’s Aboriginal populations was also a focus for Alex during her time as a medical student.

“It’s one thing to have an idea about what it’s going to be like to work with Aboriginal communities, but it’s another to really immerse yourself and be devoted to it,” says Alex, who gained experience training in the rural Nisga’a village of New Aiyansh, 100km north of Terrace, and with the Seabird Island First Nation, east of Agassiz, BC.

A shared journey comes to a close

This summer, Alex and Ben, who were among nine of this year’s Aboriginal graduates from UBC’s medical school, will head down different roads for the first time in nearly five years.

Both are set to become family doctors, but will complete their residency training on the opposite sides of the country. 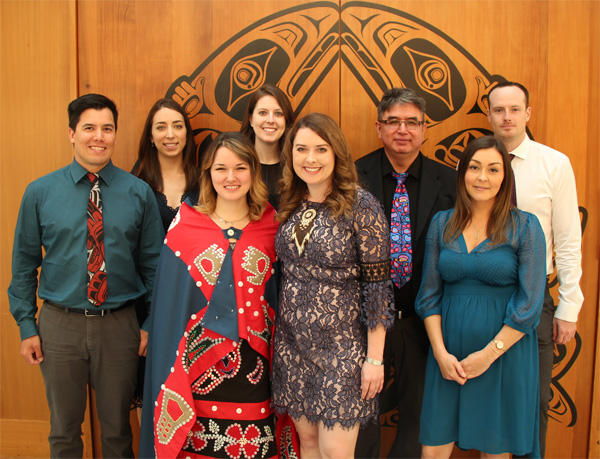 Ben is set to stay in B.C., training at UBC’s rural family medicine residency site in Kelowna, while Alex will head to the east coast, training in Newfoundland with Memorial’s NunaFam residency program, which includes six months of training with Aboriginal communities in Nunavut.

The physical distance set to soon separate the siblings can’t be denied — when asked about their road ahead, there is a silent understanding that their shared journey is coming to an end.

But Alex and Ben are certain that they will remain close.

“In a lot of ways, I think it will stay the same,” says Alex. “I imagine that wherever I am, Ben will be the person that I call — I think we’ll always be that support person for one another.”

One thing that is certain is that the memories they formed as medical students are not set to fade anytime soon.

“A few weeks ago — at graduation — it was this seminal moment,” recounts Ben. “All the medical students were crossing the stage in pairs to be hooded, and there was a fifty-fifty chance that Alex and I would cross together, or split apart.”

As it turned out, the two crossed the stage together.

And, after receiving their graduation hoods, they marked the end of their journey through medical school just as it had begun: with an embrace.

“It was a wonderful journey together,” says Ben. “And we’re looking forward to the next step.”