Three members of the UBC Faculty of Medicine have been elected Fellows of the Royal Society of Canada (RSC), the highest honour a scholar can achieve in the arts, social sciences and sciences in Canada.

David Huntsman and Poul Sorensen, both professors in the department of pathology and laboratory medicine, were named Fellows of the Society. They are among a total of nine UBC faculty members who have been announced by the RSC as Fellows and as Members of the College of New Scholars, Artists and Scientists. Thomas J. Ruth, an adjunct professor in the department of medicine, was also elected a Fellow.

“The Royal Society of Canada is extremely fortunate to welcome these exceptionally talented scholars, artists and scientists as new Members of the Society,”said RSC President Chad Gaffield. “They have made outstanding contributions to their fields and to Canada’s intellectual and artistic breadth, and are making a tremendously positive impact on the world. We recognize them for all that they have done, and indeed will continue to do, to advance scholarly and public life in Canada and around the world.” 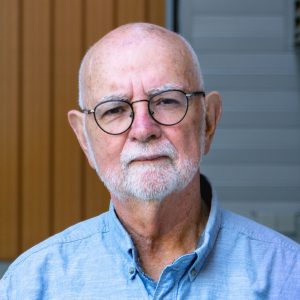 Thomas J. Ruth is a world leader in the production of radioisotopes for research and application as is evidenced by his numerous publications, collaborations and consultations. With seminal discoveries that have defined radioisotope production globally, and his visionary pursuit of a range of applications that span health, environmental and resource sectors, Dr. Ruth has established a legacy of international renown.

David Huntsman has used pathology and genetic tools to redefine our understanding of ovarian and several rare cancers including hereditary stomach cancer. He proposed, developed, and promulgated the current subtype-specific and biologically informed approach to ovarian cancer research, prevention, and treatment. He has been a leader and mentor within the Canadian cancer research community. His research is highly cited and most importantly has saved lives.

Poul Sorensen is an internationally renowned clinician-scientist whose pioneering work uncovered numerous genetic and biological drivers of aggressive childhood cancers, many of which were subsequently directly linked to the biology of adult malignancies. He was the first to show that NTRK gene fusions are recurrent oncogenic drivers, which are now estimated to occur in one per cent of human cancers, leading to the development of recently approved drugs to target these lesions.

The 2019 Fellows and Members will be welcomed into the RSC in November at a celebration in Ottawa.