The pursuit of new ideas in cancer research

On October 22, the Leukemia and Lymphoma Society of Canada (LLSC) will be hosting their 13th annual ‘Light the Night Walk’ in Stanley Park to help raise awareness of blood cancers and funds for life-saving research.

We spoke with Connie Eaves, one of Canada’s top cancer researchers, about her work, what she hopes to accomplish in the next 10 years and her reaction to being awarded the 2016 Dr. Chew Wei Memorial Prize. 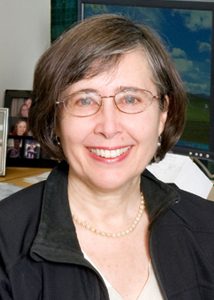 Tell us about your background and what sparked your interest in stem cell research.

I grew up in an academic family and always expected to have a profession that would be engaging. Initially, I wanted to pursue medicine with an interest in scientific research but I was too impatient to complete a full training in medicine and eventually the research aspect won out. My MSc. was in cancer biology but I was working in a genetics lab when this field was just breaking open and the world was beginning to understand how DNA allows proteins to be made. At this time, the lab where I was training was also investigating mechanisms that control the development of leukemia and I found that captivating.

I later completed my PhD in England, where I was challenged to use quantitative transplant approaches to investigate how antibody producing cells get activated. I soon learned that the approaches I was using were very similar to those being used in Toronto to investigate the origin of all blood cells. When I returned to Toronto for postdoctoral training, I was keen to become part of that first discovery phase of stem cell biology research. It was a seminal time that guided my research interests for the next two decades.

Since my husband and I shared similar research interests, we teamed up to extend our research efforts to include investigations of human blood cancers. Starting the very first research program in this field in Vancouver was an intoxicating opportunity for two junior investigators. To be successful, we had to work very hard building everything from scratch with a strong belief in the importance of rigor and quality control of every reagent and protocol we were using. Then in 1980, we were rewarded by the allocation of $1 million from the Terry Fox Run to start a full research group, an initiative that was reinforced by a concurrent commitment by the BC government to start a clinical bone marrow transplant program in Vancouver.

A decade later, by chance, I became involved in a human breast biology project. This stimulated me to think how many of the lessons learned about blood cell production might be relevant to breast cells and that ideas about leukemia might similarly be relevant to breast cancer. That was a bit of a wild idea at the time, but I have always been attracted to the pursuit of new ideas. And, it turned out that we were able to make some significant contributions by following that line of thinking.

How can research in this area offer new insights into cancer detection and treatment?

Cancer biologists are becoming increasingly aware that this disease is very complex – and continues to be full of surprises. On many fronts we are gaining new insights and generating new treatments that are or may prove to be curative. The field is also learning how to take advantage of enormously powerful and sensitive new methods. These include new ways of imaging cells and tissues, new ways of tracing the molecular features of individual cells, new ways of growing normal and malignant human cells in tissue culture and in mice that lack an immune system. These are, in turn, providing advances in cancer prevention, diagnosis and follow-up.

We have also learned that most human cancers are best described as abnormal tissues. Their behaviour is “deregulated” but they usually still keep many features of the normal tissue in where the cancer arose. As a result the cancer, at least initially, still retains a developmental structure in which some cells have an abnormally increased ability to multiply but still give rise to many daughter cells that do not multiply further. This “inequality” in the biological properties of the cells that make up the full malignant population is the essence of the concept of “cancer stem cells.” Many aspects of the system that allow normal stem cells to grow have so far proven to be relevant in understanding how cancers are abnormal – either because these mechanisms remain active when they would normally be shut down – or because they have become uncontrolled.

You are the recipient of the 2016 Dr. Chew Wei Memorial Prize for your contributions to understanding stem cell systems in the blood and mammary gland. What was your reaction when you found out?

I was totally surprised and felt very humbled. It made me also remember the many dollars of research support I have been fortunate to receive over the years from multiple sources, without which nothing would have happened. Of course it is wonderful to receive such recognition and I have had the honour of a number of awards before. However, this one was very unexpected and particularly special coming from a local source where I have spent my entire professional career.

As one of Canada’s leading researchers in cancer, what do you hope to accomplish in the next 5 to 10 years?

My group continues to have two major areas of research interest. One is focused on understanding the stem cells of the blood and the paths they can take to become leukemic. The second is very similar but deals with the stem cells of the human mammary gland and how they can become malignant. This focus on how cancer develops comes from the idea that many of the critical changes actually occur in the first stages of development of these two terrible types of cancer. And yet, these are the very stages that are generally not accessible to study because they are typically long past by the time the disease can be diagnosed. That is why we are concentrating on developing new ways of producing these malignancies from initially normal human cells that are then immediately transplanted into immunodeficient mice, where they produce an overt leukemia or breast cancer.

Looking back, what do you think you might have pursued as a career instead of science?

That is hard to imagine. My interest in science started in high school and my first summer job was in a university physiology lab after grade 11. After that, I think I just never imagined doing anything else. However, I do like the teaching aspect of being a scientist. It is like having children with no end. It’s a joy to watch every trainee evolve and go on to greater heights.

Dr. Connie Eaves is a Professor in the Department of Medical Genetics at UBC, a Distinguished Scientist at the BC Cancer Agency and Co-Founder of the Terry Fox Laboratory in Vancouver. She has been recognized for her contributions in cancer research with the 2016 Dr. Chew Wei Memorial Award, the 2013 International Chronic Myeloid Leukemia Foundation Rowley Prize, the 2011 Lifetime Achievement Award from Canadian Blood Services, the 2009 Henry Stratton Award from the American Society of Hematology, the 2003 Robert L. Nobel Prize for Excellence in Cancer Research from the National Cancer Institute of Canada and election as a member of the Academy of Science of the Royal Society of Canada in 1994.