It’s now official: Most infants should eat peanut-based food by the time they are six months old.

That recommendation, issued today from an expert panel organized by the U.S. government, stems from recent, convincing evidence that consuming peanut at an early age reduces the risk of peanut allergy.

The only Canadian member of that panel, Edmond Chan, is the Head of the Division of Allergy and Immunology in the UBC Department of Pediatrics and Director of the Allergy Clinic at BC Children’s Hospital.

“These new guidelines contradict what many parents have been hearing – that they should be cautious about feeding peanut foods to infants,” Dr. Chan said. “But that has probably led to more peanut allergies. Feeding peanut to children around six months is the best way to prevent an allergy to peanut.”

The panel said it’s particularly important for “high-risk” infants – those with severe eczema or egg allergy – to consume non-choking, peanut-based food between four and six months of age, though they should be tested for a possible reaction beforehand. Infants who have no risk, low risk or moderate risk for allergy – the vast majority of infants – should ingest peanut-based food around six months of age at home, and don’t need to be tested beforehand.

For all children, once peanut has been introduced, it should be given a few times a week. The guidelines include recommendations for preparing non-choking peanut foods suitable for infants, including peanut butter mixed with pureed fruit and vegetables or dissolved in water, or peanut flour or peanut butter powder mixed with pureed fruit and vegetables.

The U.S. National Institute of Allergy and Infectious Diseases organized the panel after a rigorous, well-designed 2015 study showed that early introduction of peanut-based food in high-risk infants (because they had severe eczema or egg allergy) dramatically reduced the risk of developing peanut allergy by age 5. 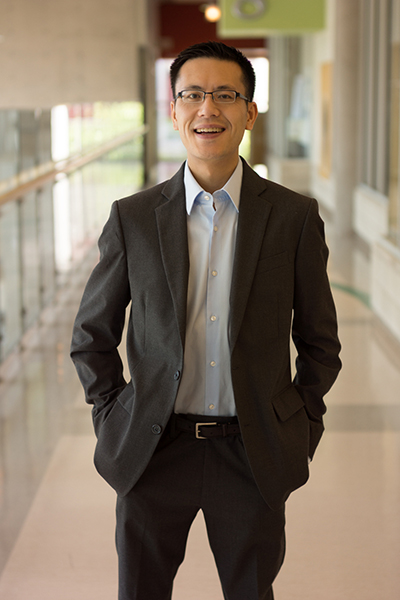 Dr. Chan, one of only two non-Americans on the expert panel, was asked to help formulate the guidelines because he has been working to change the mindset about peanut consumption for about eight years.

He took up the issue after learning that the rate of child peanut allergy among Jewish children in the U.K. is 10 times higher than the rate among children of similar ancestry in Israel. In the U.K., infants typically do not consume peanut during their first year; in Israel, a peanut-butter flavoured snack (called “Bamba”) is widely consumed by infants.

Dr. Chan has surveyed health professionals across Canada regarding when and how they recommend peanut introduction in infants. One of his studies, in 2013, found that more than 80 per cent of Atlantic Canada pediatricians were recommending delaying peanut foods until a child’s first birthday. He also helped draft earlier guidelines and communiques from Canadian and worldwide professional groups that have been echoed in the guidelines issued today in the U.S.

The fears about peanut consumption, Dr. Chan said, stemmed from studies that weren’t as rigorous and reliable as the 2015 study. He hopes that today’s guidelines, which carry the credibility of a U.S. government communique, will allay those fears.

“I can understand parents’ fears – they hear about children having severe reactions, or about parents having to carry EpiPens, and figure that it’s better to be safe than sorry,” Dr. Chan says. “But the safer thing to do, for almost all infants, is to feed them peanut by the sixth month and then give it regularly thereafter.”