For 20 years, researchers thought they knew everything there was to know about the composition of neurexin, a key protein in synapses, the specialized sites where neurons connect and signal via chemical messengers. 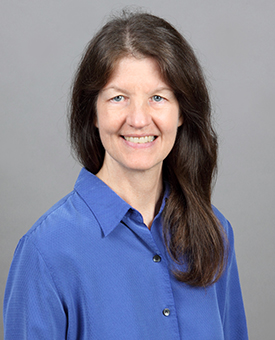 Recently, a team led by Ann Marie Craig, a Professor in the Department of Psychiatry, discovered a glycan (a sugar-like carbohydrate) affixed to neurexin that is essential to its function and that, when absent, may increase risk for autism spectrum disorders (ASD) and schizophrenia.

“Neurexins are central to the genetic risk pathway in autism and schizophrenia,” says Dr. Craig, who demonstrated in research published August 9 in the journal Cell that the glycan associated with neurexin, heparin sulfate (HS), is essential for synapse development. “We were able to show that mice without the glycan on neurexin-1 have impaired synaptic function and a decreased survival rate compared with wild-type models.”

The team’s discovery adds a new dimension to the role of neurexin in neuropsychiatric and developmental disorders. Researchers had thought that neurexin’s role in development was attributable purely to its protein interaction; it is difficult to target protein-to-protein interactions for treatment, but the interactions between proteins and HS can be more effective targets for therapeutic intervention.

When HS is attached to neurexin it creates a sort of scaffold, strengthening the connection between neurons and boosting synaptic function.

This discovery was made possible through close collaboration with Michael Gordon, an Assistant Professor in the UBC Department of Zoology, and five international labs, as well as the unique expertise of Dr. Craig’s postdoctoral fellow, Peng Zhang, who specialises in the role of carbohydrates in cell function.

“Using an enzyme that disrupts the glycan, we found that HS was important for synapse function,” Dr. Zhang says. “We knew about HS – it’s been a successful target in clinical trials for other, unrelated diseases. But we didn’t understand how it was involved in neuron communication in brain health. We found that when the glycan is altered or ‘disrupted,’ it stops the synapse from developing normally.”

To mimic this altered process, Dr. Craig and colleagues have developed a mutant model in which neurexin lacks HS. The model possesses smaller synapses and impaired transmission of signals within the brain.

“This research offers a route to unifying signalling pathways for brain development,” Dr. Craig says. “There are at least 300 proteins that interact with HS, some of which function at synapses and likely bind neurexin. Moreover, the discovery of this essential component of neurexin, HS, which has a complex and variable structure, offers a new therapeutic target for ASD and schizophrenia.”