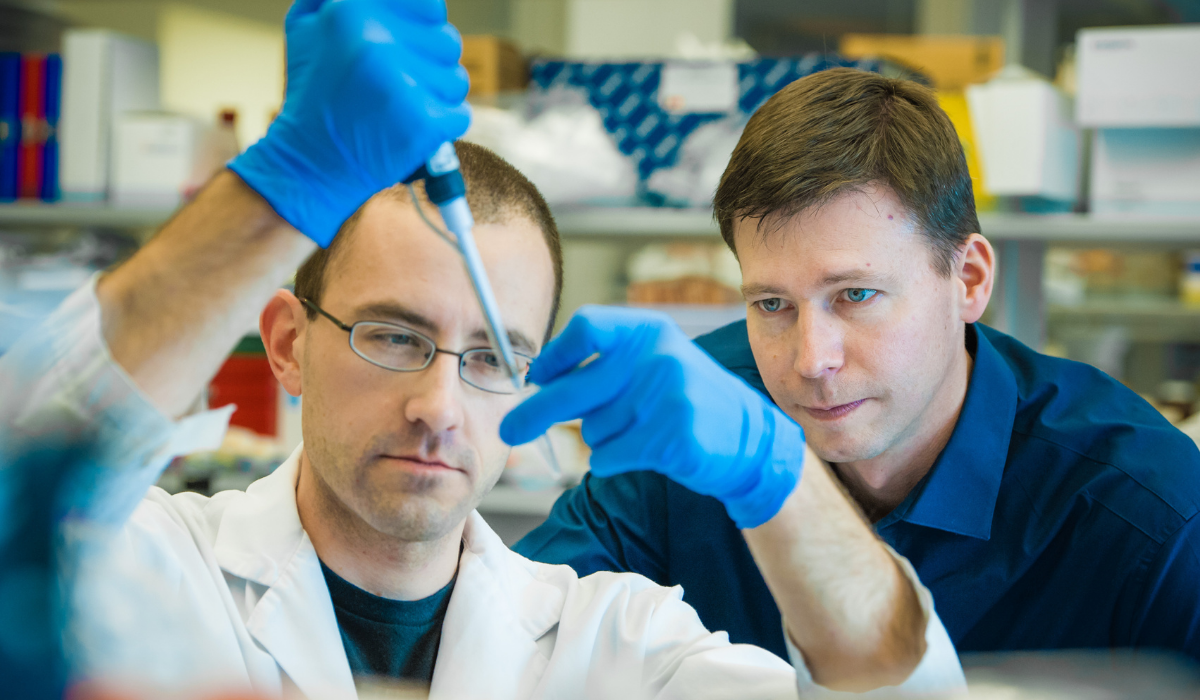 In the first study of its kind, a team of researchers at the University of British Columbia’s faculty of medicine and Vancouver Coastal Health (VCH) has helped to demonstrate that a stem cell-based treatment delivered through an implantable device can produce insulin in the human body.

The treatment was provided to B.C. patients living with a severe form of Type 1 diabetes as part of a multi-year clinical trial. The study results were published today in Cell Stem Cell.

“Our findings demonstrate the incredible potential of this stem cell-based treatment. With further research, this treatment could one day eliminate dependence on insulin injections and transform the management of Type 1 diabetes,” said the study’s senior author Dr. Timothy Kieffer, professor in UBC faculty of medicine’s departments of surgery and cellular and physiological sciences, who was recently appointed as ViaCyte’s chief scientific officer.

At the start of the UBC-VCH study, 15 patients underwent surgery at Vancouver General Hospital, where several cell-containing devices developed by California-based biotechnology company ViaCyte were implanted just below the skin. Each device—about seven centimetres long and no thicker than a credit card—contained millions of lab-grown cells that originally came from a single stem cell line and were ‘coached’ into maturing into beta cells. Beta cells are responsible for making insulin, the hormone that controls a person’s blood sugar. 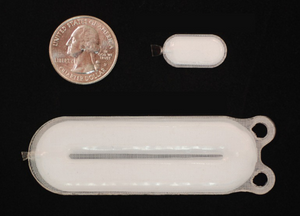 The stem cell-based devices are implanted just below the skin.

Six months after implantation, the researchers observed that the cells had not only survived but successfully matured into insulin-producing beta cells, helping the patient’s body to sense blood sugar levels and release insulin when needed.

“This work represents a major scientific breakthrough and demonstrates the critical role UBC and VCH are playing on the international stage to help find a cure for Type 1 diabetes through state-of-the-art research,” said Dr. David M. Thompson, the principal investigator for the study in Vancouver, director of the Vancouver General Hospital Diabetes Centre and clinical assistant professor in the UBC faculty of medicine’s division of endocrinology.

This study used levels of C-peptide—a short chain of amino acids that is released into the blood as a byproduct of the formation of insulin—as a measure of insulin release by the implanted cells. The researchers found C-peptide levels rose after patients ate a meal—evidence of normal functioning. Injected insulin does not generate C-peptide.

Patients in the study also spent 13 per cent more time in target blood sugar range and some were able to reduce the amount of insulin they injected.

“Because of this initial success, we are now implanting larger numbers of cells in additional patients and we hope that this will result in a significant reduction or even elimination of the need for patients to take insulin injections in the near future,” added Dr. Thompson.

Further down the road, the UBC- and VCH-based researchers plan to investigate whether incorporating modified cells from ViaCyte, which are being genetically engineered by partner CRISPR Therapeutics to be immune evasive, could eliminate the need for patients to be on immunosuppressant drugs.

“This treatment could one day eliminate dependence on insulin injections and transform the management of Type 1 diabetes.”
Dr. Tim Kieffer

“Stem cell-based treatments hold incredible promise as there is a virtually endless supply of cells that could treat Type 1 diabetes,” said Dr. Kieffer. “A single vial of stem cells the size of your baby finger could theoretically be expanded and converted into insulin-producing cells to treat everybody on the planet with diabetes.”

The UBC-VCH study is part of a larger international clinical trial led by ViaCyte, which is studying the effectiveness of cell-replacement therapy on patients at multiple sites across Canada, the U.S. and Belgium. Initial results from the international clinical trial, which included data from participants in the UBC-VCH study, were also published today in Cell Reports Medicine.

Type 1 diabetes is an autoimmune disease in which a person’s immune system attacks the pancreas, degrading its ability to produce insulin. The disease affects approximately 300,000 Canadians and nearly 1.6 million Americans.