Dr. Stacey Skoretz, an Assistant Professor in the School of Audiology and Speech Sciences at the Faculty of Medicine, was awarded funding from the Canada Foundation for Innovation’s (CFI) John R. Evans Leaders Fund (JELF). 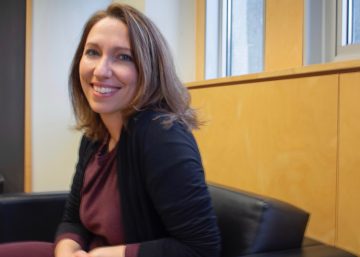 The awards were announced by the Honourable Kirsty Duncan, Minister of Science and Sport, as part of a larger announcement of a boost in funding for the CFI of $763 million over the next five years and $462 million per year starting in 2023-24.

“The Canada Foundation for Innovation has ensured Canadian researchers have the tools they need to push the frontiers of knowledge in all disciplines since 1997,” Duncan said in a statement. “Today’s announcement of stable, long-term funding will help Canada continue to be an international destination for research and innovation.”