Sepsis leading cause of death worldwide

New research published today in The Lancet has found that sepsis is responsible for the most deaths worldwide, even more than cancer or coronary disease — previously believed to be the leading causes of death globally.

The study determined that, in 2017, 48.9 million cases of sepsis were diagnosed worldwide and 11 million people died of the condition. This represents one in five deaths worldwide — twice as many as previously estimated.

“Eleven million deaths worldwide is a tragedy, especially as most cases of sepsis are either preventable or treatable if caught in time,” said study co-author Dr. Tex Kissoon, a professor at UBC Faculty of Medicine’s department of pediatrics and executive medical director of Global Health for Women and Children at BC Children’s Hospital. 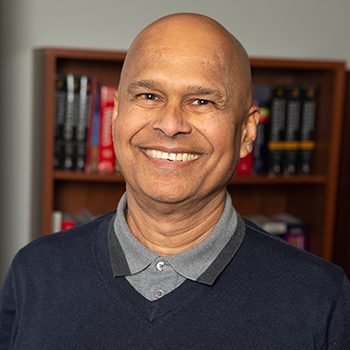 “We urgently need a coordinated global effort to tackle this crisis,” added Kissoon. “Raising awareness of sepsis among both patients and medical practitioners and ensuring everyone has access to public health measures to prevent and treat sepsis can greatly reduce the burden and ravages of this condition.”

Sepsis occurs when the body’s response to infection begins to damage its own tissues and organs. The condition can be fatal if not recognized and treated promptly. It can be particularly dangerous for young children, as 40 per cent of cases worldwide occur in children under five years old.

For the study, Kissoon and his colleagues examined data from more than 100 million deaths in 195 countries between the years 1990 and 2017. Previous estimates had been based on adult hospital admissions from only seven high-income countries.

“The impact of sepsis on low- and middle-income countries was largely a black hole before. We found that it is a much bigger global threat than we thought.”

“The impact of sepsis on low- and middle-income countries was largely a black hole before,” said Kissoon. “For too long, global sepsis numbers had simply been extrapolated from a handful of high-income countries. It took years of work to obtain more complete data in nearly every country in the world to get a much more robust picture of the global burden of sepsis. We found that it is a much bigger global threat than we thought.”

“The biggest reasons for the decline in sepsis are advances in vaccination, access to clean drinking water and better nutrition, and housing due to the fact that nearly a billion people have been lifted out of poverty,” he said. “But there is still much work to do to address the nearly 49 million people that are still being affected by sepsis.”

Everyone can reduce their chances of developing sepsis by reducing the risk of infection through hand washing, getting the flu shot, pneumonia vaccines and taking antibiotics as prescribed.

The study was led by researchers at the Institute of Health Metrics and Evaluation at the University of Washington in Seattle. Kissoon is the only Canadian researcher involved in the international study.