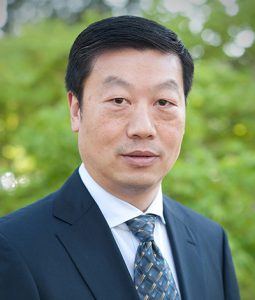 The discovery of a new role for a gene associated with neurodevelopmental and neurodegenerative disorders finds a possible prenatal origin for Alzheimer disease, according to a study recently published in the journal Molecular Psychiatry. The protein, known as RCAN1, is overexpressed in Down syndrome during fetal brain development. The gene binds with messenger ribonucleic acid (mRNA) and has also been found elevated in post-mortem brain tissue from adults who had Alzheimer disease.

RCAN1 is increased in people with Down syndrome and Alzheimer disease, and an imbalance of RCAN1 can trigger dangerous levels of inflammation resulting in damage to the mitochondria, or the “batteries” of cells, and cell death in the cortex, the part of the brain responsible for speech and decision-making. More than 99 per cent of people with Down syndrome will develop Alzheimer disease later in life.

What is novel about the discovery is how an RNA aptamer—a compound that bonds amino acids—blocks gene expression and protects the cells, offering new insight into the role of RCAN1 and a possible future target for blocking RCAN1-related neurodegeneration.

“Everyone carries RCAN1,” explains Dr. Weihong Song, professor in the department of psychiatry and Canadian Research Chair in Alzheimer disease, who led the Canadian team in collaboration with professor Xiulian Sun, a former Song lab PhD student, who now leads a lab of her own at the Qilu Hospital of Shandong University in China. “In balance, it maintains mitochondrial function. When dysregulated, it causes the mitochondria to swell and rupture leading to cell death.”

It is encouraging to see that by blocking RCAN1 expression we may be able one day to alter its structure and prevent gene interactions that lead to neurodegeneration.

“We don’t yet know why the RCAN1 gene is triggering Down syndrome and Alzheimer disease, but it leaves its epigenetic signature on the brain. We have found that RCAN1 increases amyloid-beta, which leaves deposits in the form of plaques in the brains of people with Alzheimer disease,” said Song. “We have more research to do, but it is encouraging to see that by blocking RCAN1 expression we may be able one day to alter its structure and prevent gene interactions that lead to neurodegeneration.”