Dr. Sara Mostafavi, Assistant Professor in the Department of Medical Genetics, was named to the inaugural cohort of Canada-CIFAR AI Chairs for her work in artificial intelligence (AI) research.

The 29 chairs will receive approximately $30 million in funding as part of the $125 million Pan-Canadian AI Strategy to help maintain Canada’s leadership in artificial intelligence research. 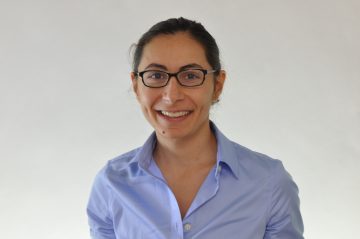 “I am excited to be named a CIFAR AI Chair. This program is a great opportunity to build new collaborations, and connect with the growing and strong community of AI and Machine Learning researchers in Canada. I am especially looking forward to contributing to the development of new AI and ML techniques for precision medicine,” Dr. Mostafavi said.

Dr. Mostafavi’s new position is affiliated with the Vector Institute of Artificial Intelligence in Toronto. She also holds the Canada Research Chair in Computational Biology and is an Assistant Professor in the Department of Statistics at UBC, and a scientist at the Centre for Molecular Medicine and Therapeutics and the BC Children’s Hospital Research Institute.

“We are excited about these outstanding researchers taking up Canada CIFAR AI Chairs across the country,” said Alan Bernstein, President and CEO of CIFAR in a release. “The Pan-Canadian AI Strategy has enabled us to retain those who laid the groundwork for AI and attract top scientists to Canada from abroad. This is a major step forward for Canada and an essential foundation for growing Canada’s global leadership in AI research and innovation.”

The chairs were reviewed by an International Scientific Advisory Committee made up of scientific leaders from major institutions and companies around the world, including Google, DeepMind, Microsoft, Facebook, Stanford, Princeton, and the French National Center for Scientific Research.