A new study by researchers at the UBC Faculty of Medicine and Vancouver Coastal Health shows that resistance-training – but not aerobic training – can reverse cognitive decline in older women. 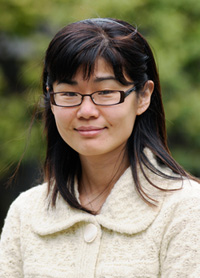 The research – led by Teresa Liu-Ambrose, an Assistant Professor in the Department of Physical Therapy, and a principal investigator with the Centre for Hip Health and Mobility and the Brain Research Centre at VCH and UBC – showed that such exercise improved the executive cognitive process of selective attention, conflict resolution and associative memory, all of which are robust predictors of conversion from mild cognitive impairment to dementia. The results were published April 23 in the Archives of Internal Medicine.

The randomized controlled trial is the first to compare the efficacy of both resistance and aerobic training to improve executive cognitive functions – such as attention, memory, problem solving and decision making – necessary for independent living. The trial also assessed the effect of both types of exercise on associative memory performance and corresponding functional brain plasticity.

Over the course of six months, the study team, which included researchers from UBC’s Department of Psychology and Division of Geriatric Medicine, and from the University of Iowa, followed 86 senior women with probable mild cognitive impairment. They were randomly assigned to attend one of three types of twice-weekly sessions: resistance training, outdoor walking (aerobic exercise), or balance, stretching and relaxation exercises (a control group).

Over six months, they were measured with a series of cognitive tests, and brain plasticity was assessed using functional MRI. While the group engaged in resistance training exhibited significant improvements in the various criteria, those engaged in aerobic training did not. Previous studies of healthy older adults have demonstrated a positive effect for aerobic exercise.

Mild cognitive impairment is an easily-diagnosed risk factor for dementia, and represents a critical window of opportunity for intervening and altering the trajectory of cognitive decline in seniors. The number of seniors in B.C. is expected to increase by 220 per cent by 2031, representing 23.5 per cent of B.C. population. Effective strategies to prevent cognitive decline are essential to improving quality of life for older British Columbians and to save the healthcare system millions in associated costs.

“There is much debate as to whether cognitive function can be improved once there is noticeable impairment,” Dr. Liu-Ambrose says. “What our results show is that resistance training can indeed improve both your cognitive performance and your brain function.”

Coinciding with the study, the team has developed and launched an informative YouTube video of the resistance training exercises used in the study.

“Exercise is attractive as an prevention strategy for dementia as it is universally accessible and cost-effective,” says Dr. Liu-Ambrose, a Michael Smith Foundation for Health Research Scholar and CIHR New Investigator scholar. “By developing this YouTube video, we can help translate our findings directly to the senior population and fitness instructors who are working with them.”

Support for this research has been provided by the Pacific Alzheimer’s Research Foundation, with infrastructure support from the Canada Foundation for Innovation.