Medical residents play two roles — they are physicians, caring for patients, and they are trainees, soaking up the vast amount of knowledge necessary to become expert practitioners in their chosen specialties. But they are often researchers, too. It may be optional,  but for many, it’s the natural outgrowth of the process of learning and treating, because it’s another type of questioning. Here is a glimpse of some of the research undertaken by UBC’s current crop of residents:

It’s worth the trip

When rescue workers reach a victim of hypothermia, they must often make an excruciating choice — transporting them to the nearest medical facility, or to an advanced medical facility that is farther away. Emergency Medicine resident Doug Brown has helped make that choice a bit easier. 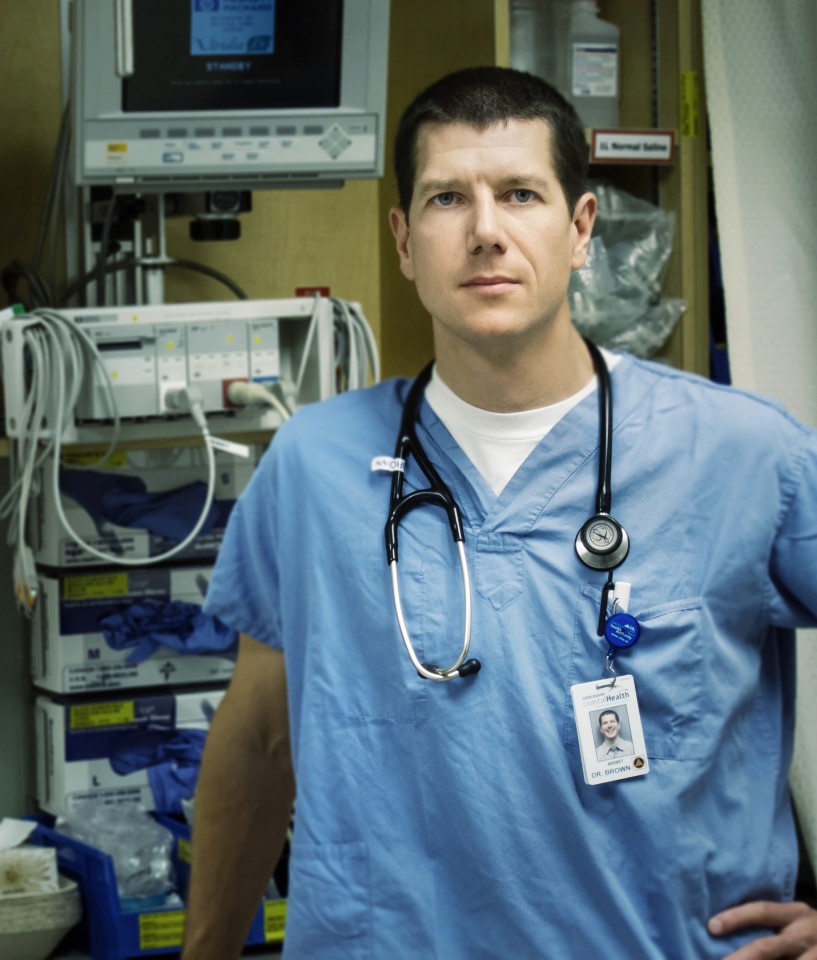 In a study published in November in the New England Journal of Medicine, Dr. Brown and collaborators from Banff, Austria and Italy reviewed the medical literature and concluded that hypothermia victims whose hearts have stopped functioning should be transported to a medical facility with advanced heart and lung support equipment, even if that means longer travel time.

Cardiopulmonary bypass (CPB) and extracorporeal membrane oxygenation (ECMO) remove carbon dioxide from, and add oxygen to, a patient’s blood, while supporting their blood pressure until the heart is warm enough to pump again. Dr. Brown’s review found that hypothermia victims in cardiac arrest have a 50 per cent chance of surviving if CPB or ECMO is used, compared to a survival rate of 0 to 37 per cent when it isn’t used.

“Appropriately equipped hospitals are more dispersed here in North America than in Europe, so transport times are longer,” says Dr. Brown, an avid mountaineer who earned his M.D. from UBC, and is in his ﬁnal year of post-graduate training in Emergency Medicine. “But our review shows that hypothermic patients can tolerate many hours of cardio-pulmonary resuscitation (CPR) and still have a good neurologic outcome. Transporting a patient to a hospital with advanced heart and lung support increases the odds of surviving hypothermia-induced cardiac arrest so much, that it’s worth the trip.”

The research will help guide updates to the British Columbia Ambulance Service Treatment Guidelines, says John M. Tallon, the Vice President of Medical Programs for the B.C. Emergency and Health Services Commission. “These insights would be particularly helpful in optimizing patient outcomes in B.C., with our challenging geography and distances to critical care centres,” he says.

A better predictor for cardioversion therapy

Atrial ﬁbrillation, a totally irregular rhythm, is an epidemic in Canada, with consequences that include stroke, heart failure and cognitive dysfunction. Cardioversion – a minor electrical shock to the heart – can potentially revert this arrhythmia back into a regular rhythm. But as many as half of the patients who receive this treatment relapse back into arrhythmia after six months. 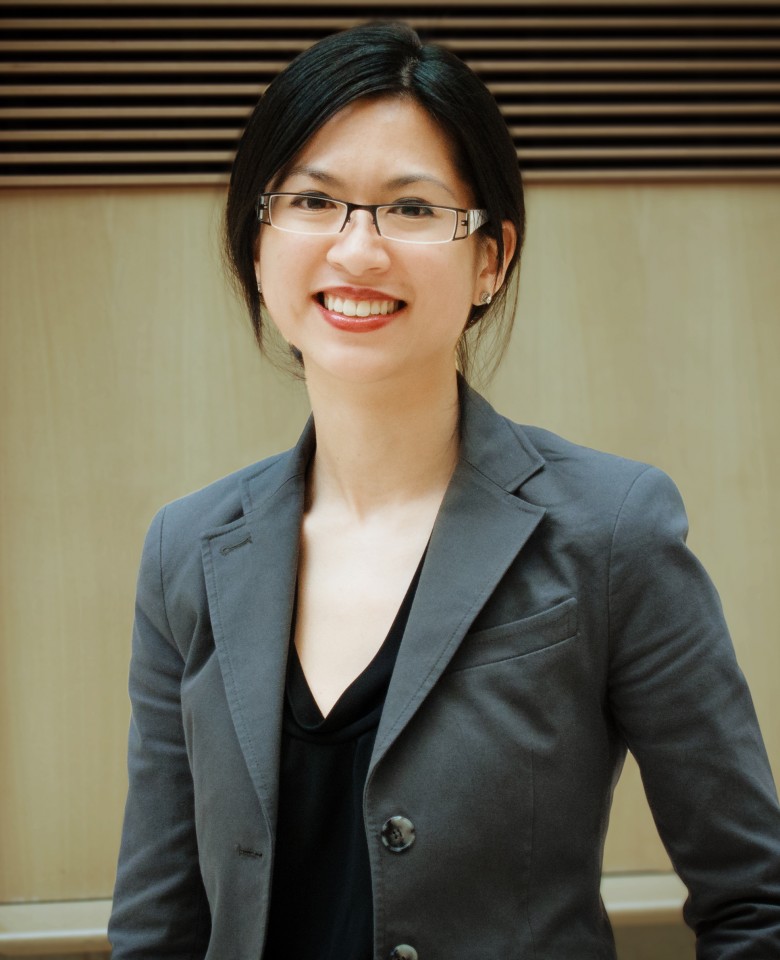 Finding a reliable predictor of success will spare patients  from undergoing a futile procedure, and lead to better use of precious health care resources. One of the most relied-upon predictors is the left atrial volume index (LAVI) — the maximal amount of blood that resides in the left atrium in relation to the patient’s body surface area.

Under the supervision of Professor of Medicine Teresa S.M. Tsang, in the Division of Cardiology, Dr. Luong analyzed 73 arrhythmia patients who had been cardioverted at Vancouver General Hospital. She found that RAVI was superior to LAVI in predicting who will stay in sinus rhythm after cardioversion, providing 80 per cent accuracy, compared to LAVI’s 67 per cent accuracy.

Dr. Luong, who earned her M.D. at the University of Alberta, presented a poster on her ﬁndings at the American College of Cardiology’s annual conference in San Francisco in March.

“It’s another way to tell in advance whether a patient will likely stay in sinus rhythm for an extended period, in this case at least six months,” Dr. Luong says.

A novel approach to childhood obesity

Childhood obesity is not only on the rise — it’s also very difﬁcult to treat. Overweight children often remain so into adulthood, and weight management programs have only a modest effect.

Brenden Hursh, a pediatric  endocrinology resident at BC Children’s Hospital, is approaching the problem from a different perspective: If their weight can’t be lowered, can the negative consequences of obesity, including Type 2 diabetes, high blood pressure and heart disease, be minimized? 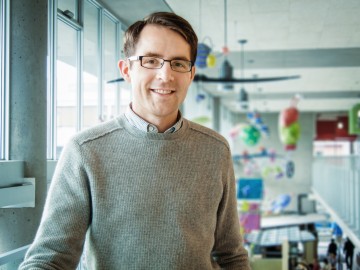 Dr. Hursh, under the supervision of Clinical Professor Jean-Pierre Chanoine, is conducting a collaborative study of 30 children between 12 and 18 years-old – half of them with obesity, half of them of normal weight – to examine the interplay between their inﬂammatory response and their autonomic nervous system (ANS), which controls involuntary functions such as heart rate, digestion and breathing.

The study also will test the sympathetic and parasym- pathetic component of the ANS, with a focus on the anti-inﬂammatory role of the parasympathetic system. Dr. Hursh and his colleagues will examine the variability of the childrens’ heart rates at rest, and also when performing a grip-strength test and a mental test (tracing a star by looking in a mirror). The children’s caloric consumption during rest also will be measured.

“If we can show there is a relationship between ANS dysfunction and inﬂammation in childhood obesity, then hopefully in the future we can explore therapies that speciﬁcally target the autonomic system, and ward off the obesity-related conditions that arise as they head toward adulthood,” says Dr. Hursh, who earned his M.D. at the Icahn School of Medicine at Mount Sinai in New York and did his pediatric residency at the University of Michigan.

Filling in the blanks of gender dysphoria

Gender dysphoria, a feeling that there is a mismatch between one’s biological sex and gender identity, has emerged in recent years as a genuine medical condition that deserves treatment. But the diagnosis is so new, there is little research to guide clinicians — and almost all of it is from Amsterdam. 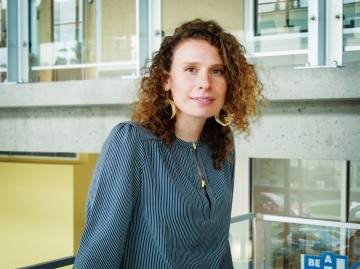 Karine Khatchadourian helped to ﬁll in some of the blanks, with Canadian cases.

A pediatric endocrinology resident at BC Children’s Hospital, she conducted a retrospective review of 84 patients, 12 to 24 years old, who were seen by the Endocrine Clinic between 1998 and 2011. The study, she says, gives clinicians throughout  Canada and the U.S. more culturally-relevant guidance for treating gender dysphoria.

Dr. Khatchadourian, under the supervision of Clinical Professor Daniel Metzger, examined a variety of issues, including: how many came to be seen by specialists, and at what age; the prevalence of mood and anxiety disorders; how many opted to take puberty-blocking medication, and later, cross- hormone treatment to switch their genders.

One of her more intriguing  ﬁndings, presented at the Endocrine Society’s annual meeting in 2012, was that only one patient out of the 27 who went on puberty blockers didn’t follow through with the transition to another gender. Dr. Khatchadourian sees this as validation of using puberty-  blockers as way of smoothing the transition.

Dr. Khatchadourian, who earned her M.D. and did her pediatric residency at the University of Montreal, found that the patients had a much higher percentage of mood and anxiety disorders than the general adolescent population. On a more encouraging note, she also found that many of the male-to-female patients chose to bank their sperm before proceeding with the transition.

“That shows you can have meaningful discussions about fertility with 16-year-olds,” Dr. Khatchadourian says.

There is no cure for acute mountain sickness, other than going back down. So being able to predict one’s susceptibility to the condition — which includes difﬁculty sleeping, dizziness or light-headedness,  fatigue, headache, loss of appetite, nausea or vomiting, and shortness of breath – has obvious usefulness for anyone contemplating that life-changing ascent up Everest. 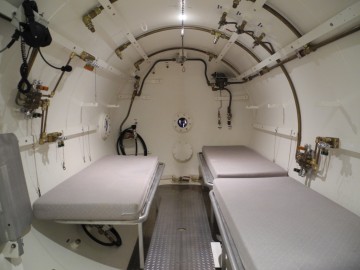 Paul Hertz, a second-year general internal medicine resident, worked with Michael Koehle, an Assistant Professor in the Division of Sports Medicine and the School of Kinesiology, to see if balance – more speciﬁcally, a loss of balance between sea level and higher altitude – can serve as that telltale sign.

Working at Simon Fraser University’s hypobaric chamber, Dr. Hertz, Dr. Koehle and others asked research volunteers to perform a simple, 3-minute balance test at sea level and various altitudes, as high as 4,500 metres. (Everest, by the way, is 8,848 metres high.)

Their hypothesis: The raw score isn’t useful, because balance – even at sea level – can vary from one person to the next. What matters is how much a person’s balance worsened as they go higher.

Half of the 12 subjects developed acute mountain sickness, giving the researchers the basis they needed to test their theory. The results are now being prepared for publication.

“I’ve just always been interested in pushing the limits of human physiology,” says Dr. Hertz, who earned his M.D. at Queens University. “As physicians, we’re focused on getting sick people back to normal. But it’s also interesting  to ﬂip that, and take normal people and push them into the exceptional range.”