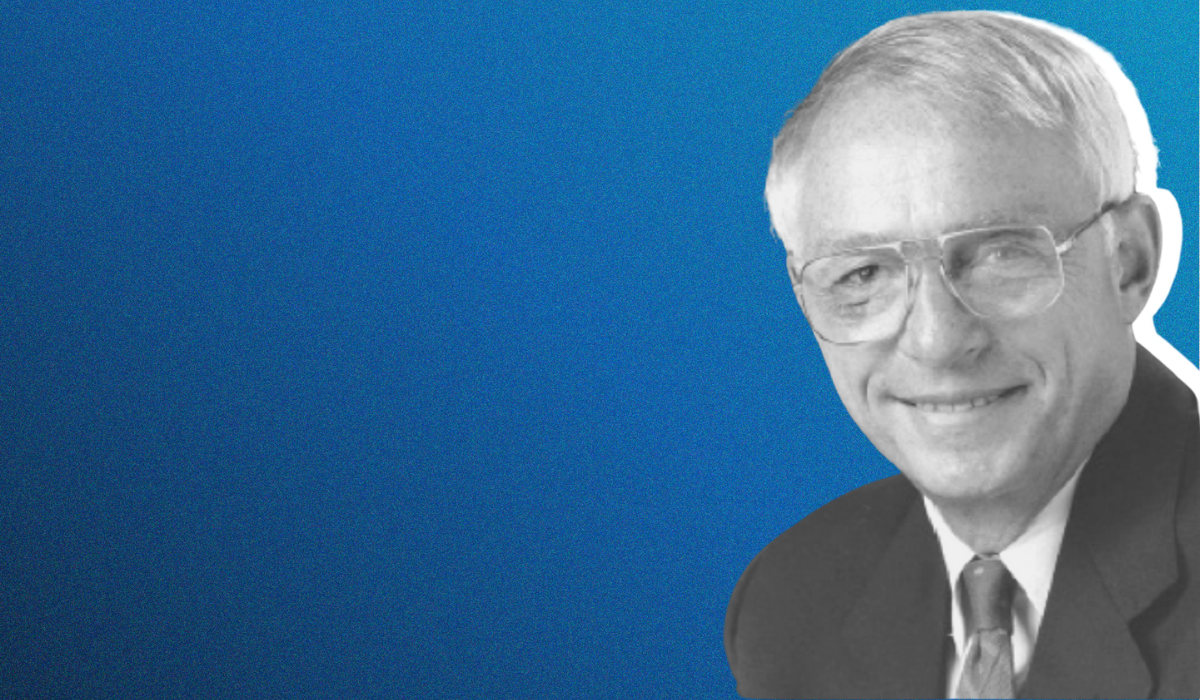 It is with great sadness that we announce the passing of Dr. Martin Hollenberg. A renowned anatomist and visionary administrator, Dr. Hollenberg helped guide the University of British Columbia Faculty of Medicine onto the national and international stage as its sixth dean (1990–96).

After receiving his M.D. from the University of Manitoba and Ph.D from Wayne State University, Dr. Hollenberg joined UBC’s Department of Anatomy, where from 1971–75 he taught and undertook research in neuroscience and developmental biology. In 1978, he accepted his first senior administrative role at the University of Western Ontario, where he served as Dean of Medicine until 1985. Along the way he held posts at the University of Calgary and University of Toronto.

But it was at UBC that Dr. Hollenberg made perhaps the greatest impact of his long and impactful career. Returning in 1990 as Dean of Medicine, he took up the helm at a time when UBC was receiving international recognition for its research prowess, but the Faculty of Medicine was not yet considered a top-ranked medical school in Canada. Funding was scarce, and the Faculty lacked many of the resources that other major schools could take for granted.

Through a combination of vision, collaboration, and will, Dr. Hollenberg helped to change that. During his six-year term (1990–96), he modernized the Faculty of Medicine and laid the foundation for the meteoric growth and reputational rise it has enjoyed over the past two decades.

Early in his term, Dr. Hollenberg recognized the need both for a grand strategic vision, and the leadership and infrastructure to make it a reality. He appointed Dr. David Hardwick to the newly created position of Associate Dean of Research and Institutional Planning, and together they developed Medicine 2000, a grand plan for the faculty organized along research themes that built on the Faculty of Medicine’s existing strengths. Each theme was aligned to a hospital where existing clinical programs and people offered the greatest potential for growth and development. It was a period that saw the doubling and tripling of research space at Vancouver teaching hospitals, as well as the creation of new hospital-based research institutes. The Medicine 2000 plan was enthusiastically received by hospital administrators, researchers, and importantly, funders — government, industry, charitable organizations and individual donors. Investment in Faculty of Medicine research would accelerate dramatically by the late 1990s.

Dr. Hollenberg was a progressive, collaborative leader. Attentive to the needs of an increasingly diverse faculty and student body, he created the post of Associate Dean of Equity in 1993 to “foster an atmosphere of sensitivity and accountability to gender and equity issues and to develop policies and guidelines for dealing with complaints regarding these issues in a fair and equitable manner.”” With his support, Dr. Peggy Ross (UBC M.D. ’58), the first Associate Dean of Equity, helped shift the culture inside the Faculty of Medicine to make it more welcoming and inclusive for people of different backgrounds and genders.

As a researcher, Dr. Hollenberg published well-regarded studies on the regeneration of the vertebrate retina and on mitochondrial structures as revealed through high-resolution, scanning electron microscopy. Following his term as dean, Dr. Hollenberg continued his academic work and mentored many young medical students. His students and colleagues remember him as teacher and leader who quietly but forcefully confronted the status quo and encouraged others to realize their dreams.

A man of many interests and talents, Dr. Hollenberg — or “Marty,” to those who knew him — enjoyed a successful second career as a writer. He published the popular history book Marco Polo: The Story of the Fastest Clipper, and wrote For the Love of Nature, an illustrated chronicle of the lives of legendary British naturalists Gerald Barrett-Hamilton and Edward Wilson.

Marty will be remembered with great fondness as a brilliant colleague and talented leader whose tireless, formative efforts helped make UBC the first-class medical school that it is today. Our deepest condolences to his family and friends. He will be dearly missed.