Supervised consumption sites are being expanded across Canada in response to opioid overdoses and other harms related to drug use. However, recent research suggests that policing in Toronto may be a key barrier to accessing this life-saving health service. 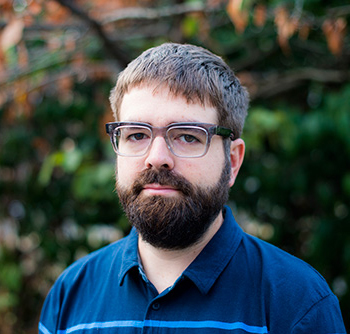 Geoff Bardwell, postdoctoral research fellow,
BC Centre on Substance Use

In addition, they found that policing practices were not applied consistently across both sites. In one neighbourhood, people who inject drugs were more likely to be profiled by police than in the other. In the neighbourhood with less police presence, clients reported feeling safer about using the services.

When asked about police presence, one participant said: “Oh, I wouldn’t even come in [to the SCS]. I would walk right past. Like see, I’m not in trouble for anything, but like it’s just the thing like they’ll just get ready to just stop you and talk to you for no reason. And nobody wants that.”

“It’s critical to understand how people’s experiences with police shape access to supervised consumption services,” says Geoff Bardwell, lead author of the study and postdoctoral research fellow with the BC Centre on Substance Use. “Many people who would benefit from these harm reduction programs have negative experiences with police as a result of the criminalization of drug use and poverty. As a result, the mere presence of police at a health service site may discourage them from accessing these services.”

At SCS, people are immune from arrest and criminalization related to their substance use. However, the findings point to a disconnect between the goals of policing and supervised consumption services. As a result, the study authors are recommending that police policies and practice be changed to ensure optimal access to SCS in Toronto.

“Since this study began, the dial has moved on police engagement locally and provincially and there is more opportunity now to create additional safe spaces for drug users and a stronger push for the availability of a regulated and safe supply. We know that this is a public health issue and not a criminal justice issue. The study definitely reinforces the need for decriminalization more broadly,” said Jason Altenberg, Director of Programs and Services, South Riverdale Community Health Centre.”

Geoff Bardwell
postdoctoral research fellow
BC Centre on Substance Use

More than 10,000 Canadians died from opioid-related overdoses between January 2016 and September 2018. As part of the federal response, Health Canada has approved more than 40 supervised consumption sites across the country, including 10 in Toronto, identifying SCS as a critical part of a harm reduction approach to prevent overdoses and accessing treatment and social services.

The study authors recommend the establishment of a non-enforcement boundary outside of SCS in order to lessen the effects of criminalization that drive some people who use drugs away from accessing services. The findings are supported by recent recommendation from Toronto’s Medical Health Officer, who said the criminalization of people who use drugs “forces people into unsafe drug use practices and creates barriers to seeking help.”

This article originally appeared as a news release on the British Columbia Centre on Substance Use website.