When Mo Korchinski was first released from prison, one thought consumed her — how to get drugs as quickly as possible.

“The last two weeks before you’re released, a mental obsession takes over,” she says. “You start having dreams about using, and it starts to control your mind.”

Like many others, Korchinski didn’t have a support system when she left prison. For nearly a decade, she spent time in and out of prison, usually on drug-related charges.

Now sober and out of prison for more than a decade, Korchinski applies her experience as a former inmate to help others through Unlocking the Gates, a University of British Columbia-based peer-mentorship program founded in 2012 that supports women in the first three days following prison release.

As Unlocking the Gates’ project manager, Korchinski sees firsthand how valuable the program is supporting women navigating the challenges of securing health and social services during the transition from prison to the community.

Now, for the first time, she and a team of UBC Faculty of Medicine researchers have scientific evidence demonstrating the program’s effectiveness. 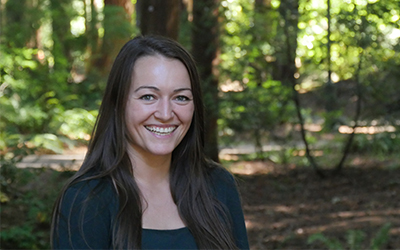 In a study published today in CMAJ Open, they found that, within three days of release from prison, nearly half (47 per cent) of women who took part in the program had accessed a family physician while 85 per cent had accessed at least one community resource, such as a recovery house, treatment centre or safe housing facility.

Katherine McLeod, the study’s lead author and a PhD student in the UBC School of Population and Public Health, said the findings underscore the critical need for programs like Unlocking the Gates.

“For women who have experienced incarceration, transitioning back into the community can be incredibly challenging,” says McLeod. “Immediately after leaving prison many women have to deal with a number of important priorities all at the same time, from accessing housing, clothing and food to finding a health-care provider and employment, and reconnecting with family and friends.”

“For women who have experienced incarceration, transitioning back into the community can be incredibly challenging.”

Through Unlocking the Gates, peers trained as mentors help women for three days upon discharge from prison. At release, women are met by a mentor who provides a wide range of supports and mentorship depending on the priority each woman identifies. Supports include arranging housing or medical appointments, taking women to access clothing or food, and accompanying women to secure social assistance.

The Unlocking the Gates team conducted telephone interviews with 346 women who contacted the program while they were in prison.

Of the 346 women, 173 met with a mentor and completed a program intake form when they were released. At the end of the three-day mentoring program, 105 women (61 per cent) completed a program feedback survey. At the time of intake, 53 per cent of women identified themselves as Indigenous, 51 per cent had Grade 10 or lower as their highest level of education, 24 per cent were homeless and 86 per cent were accessing social assistance or disability. The median time served for the most recent incarceration was 45 days. 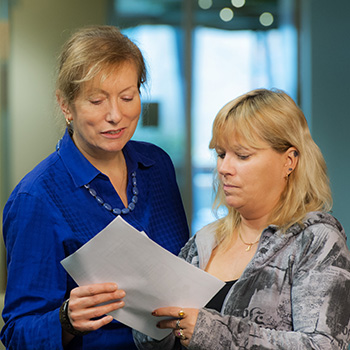 The most commonly identified factors that women agreed would help them following release were: money to buy necessities (87 per cent), someone to talk to about the things that worried them (86 per cent), housing (85 per cent), medical care (85 per cent), and a real friend (85 per cent).

Women were also asked to share how they were feeling upon release. Some expressed excitement about seeing their families again and hope for a fresh start, while others expressed anxiety and fear about the uncertainty of release. Others experienced mixed emotions.

Helping women find a family doctor during the transition from prison to the community is critical, says Dr. Ruth Elwood Martin, the study’s senior author and a clinical professor in the UBC School of Population and Public Health.

Previous UBC research by Martin and colleagues found that people who disclose that they have recently been released from prison are significantly less likely to be offered an appointment when seeking care from a family doctor compared to other patients, like as a result of discrimination on the basis of imprisonment.

Martin, who has worked as a family physician in provincial correctional facilities in B.C., said the findings highlight a need to strengthen the supports available for people during the transition from prison to the community.

“Our ongoing research in the community shows that many people face major challenges at the time of release from prison,” says Martin. “Strengthening health supports during this transition is vital to promoting the health and wellbeing of women upon release.”

‘We’re always there for each other’

Although Unlocking the Gates’ formal mentorship program ends after three days, mentors report that they often stay in contact with participants to provide ongoing support.

For Korchinski, she says she has made lifelong friends with women she has supported as a peer mentor. Some participants go on to eventually become peer mentors as well, she added.

“Since we have had the same experience of being incarcerated, we empathize with them and help teach participants to trust and engage with community services,” she explains. “There’s just a close, supportive bond that forms. Sometimes I still run into participants years later and it’s like not a day has gone by.

“We’re always there for each other.”