UBC faculty of medicine’s Drs. Honglin Luo and Neil Cashman have been awarded a 2020 Discovery Grant from the ALS Canada Research Program in partnership with Brain Canada Foundation. 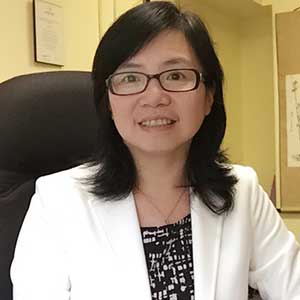 Sustained investment in transformative research is vital to unlocking the mysteries around the causes and progression of ALS. The devastating terminal disease gradually paralyzes people because the brain is no longer able to communicate with the muscles of the body that are moved at will.

Now, with the support of a $125,000 grant, the research team will push further in determining the role cGAS-STING plays in ALS, and whether this pathway could be a viable target for future treatment.

“I hope we can identify this as a therapeutic target to limit the progression of the disease,” she says.

Dr. Cashman says ALS care and research has improved over the last few decades, from the emergence of the first drug therapies in the 1990s, to the growing understanding of the complex but interacting genetics of ALS. 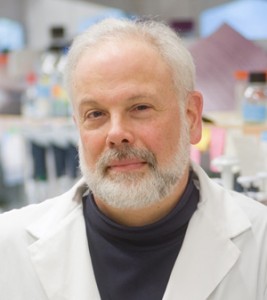 “It’s gone from being a hopeless disease, to becoming a hopeful one,” he says. “There’s never been a time in history where more people are working on and thinking about ALS.”

Their project is one of eight funded by the Brain Canada Foundation and ALS Canada totaling $1 million.

““There’s never been a time in history where more people are working on and thinking about ALS.”
Dr. Neil Cashman

By fuelling scientific discovery and furthering our understanding of ALS, these grants will enable ALS researchers across Canada and around the world to collaborate on leading-edge projects that will one day have a positive impact on people living with ALS and their families, bringing hope for a future without the disease.

The 2020 Discovery Grant Program brings together multidisciplinary research teams with expertise in various areas of ALS and neurodegenerative diseases to investigate critical areas of disease processes and clinical care. The research initiatives will use basic, clinical and translational approaches to explore the genetic causes of ALS, identify key biomarkers, pathways for future therapies and optimize care to improve the quality of life for people affected by this devastating disease.

A version of this article originally appeared on the ALS Canada website.