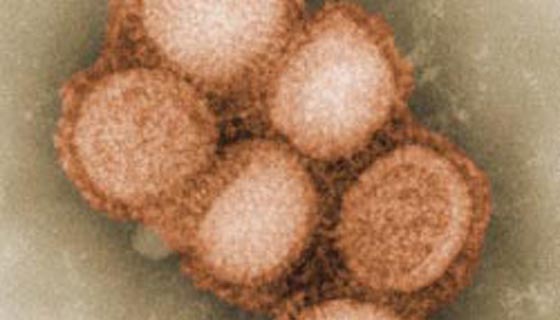 Faculty of Medicine researchers have found a potential way to develop universal flu vaccines and eliminate the need for seasonal flu vaccinations.

Each year, seasonal influenza causes serious illnesses in three to five million people and 200,000 to 500,000 deaths. The 2009 H1N1 pandemic killed more than 14,000 people worldwide. Meanwhile, public health and bioterrorism concerns are heightened by new mutations of the H5N1 “bird flu” virus, published last week by the journal Nature, that could facilitate infection among mammals and humans.

Led by John Schrader, Canada Research Chair in Immunology and Professor in the Departments of Medicine and Pathology & Laboratory Medicine, the research team found that the 2009 H1N1 “swine flu” vaccine triggers antibodies that protect against many influenza viruses, including the lethal avian H5N1 “bird flu” strain.

Details were published May 8, 2012 in the journal Frontiers in Immunology.

“The flu virus has a protein called hemagglutinin, or HA for short. This protein is like a flower with a head and a stem,” says Schrader, Director of UBC’s Biomedical Research Centre. “The flu virus binds to human cells via the head of the HA, much like a socket and plug.

“Current flu vaccines target the head of the HA to prevent infections, but because the flu virus mutates very quickly, this part of the HA changes rapidly, hence the need for different vaccines every flu season.”

Vaccines contain bits of weak or dead germs that prompt the human immune system to produce antibodies that circulate in the blood to kill those specific germs. However, the research team found that the 2009 pandemic H1N1 vaccine induced broadly protective antibodies capable of fighting different variants of the flu virus.

“This is because, rather than attacking the variable head of the HA, the antibodies attacked the stem of the HA, neutralizing the flu virus,” says Schrader. “The stem plays such an integral role in penetrating the cell that it cannot change between different variants of the flu virus.”

The new discovery could pave the way to developing universal flu vaccines.

Schrader says the characteristics of the human immune system make it difficult for influenza vaccines to induce broadly protective antibodies against the HA stem. “The pandemic H1N1 swine flu was different, because humans had not been exposed to a similar virus,” he adds.

Schrader has evidence that a vaccine based on a mixture of influenza viruses not circulating in humans but in animals should have the same effect and potentially make influenza pandemics and seasonal influenza a thing of the past.