Faculty of medicine members appointed to the Order of BC

Faculty of medicine members Bonnie Henry, Poul Sorensen, Debra Braithwaite and James McEwen have been appointed to the Order of British Columbia. 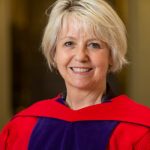 They are among sixteen exceptional people appointed to the Order, the Province’s highest form of recognition.

“As representative of the Crown in British Columbia and as Chancellor of the Order of British Columbia, I am delighted to welcome 16 new members to the order,” said Lieutenant Governor Janet Austin in a release. “Their extraordinary leadership has been a source of strength for communities across the province. In difficult times, they have connected us through art, culture, public service and more. As we move with optimism toward the future, their achievements will be a foundation of success for future generations. It is with great honour I share congratulations to these remarkable individuals.” 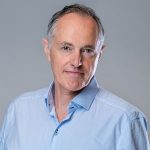 “Each one of this year’s Order of British Columbia recipients has made tremendous contributions to their communities,” said Premier John Horgan in a release. “I want to extend my congratulations and honour them for their leadership and dedication as community leaders. Trailblazers in medicine, that carried us through an incredibly difficult pandemic with expertise, grace and of course, kindness. Inspiring philanthropists, determined protectors of the environment and powerful Indigenous leaders. We are all truly grateful for your leadership.” 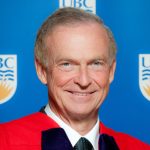 The Province has received more than 6,200 public nominations for the Order of B.C. over the past 32 years. The 16 appointees were selected by an independent advisory council.

The Order of B.C. investiture ceremony for 2020 and 2021 recipients and invited guests is tentatively scheduled to be held at Government House in Victoria in December 2021.