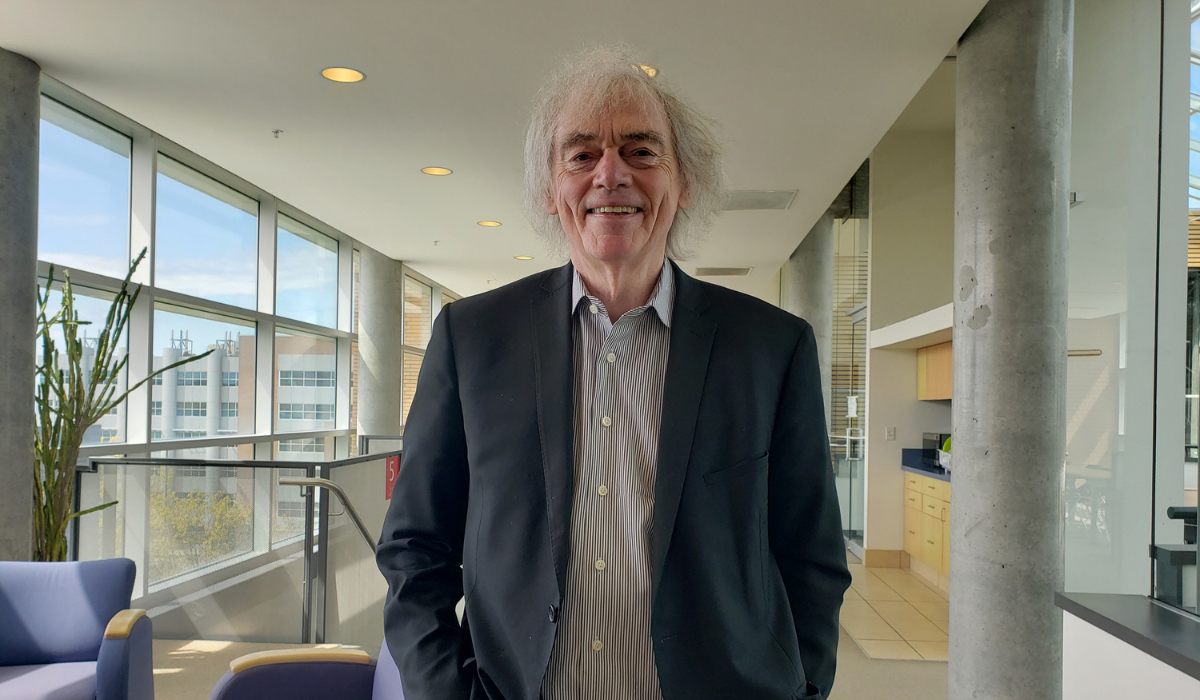 The Tang Prize recognizes biomedical research that has led to significant advances in human health by helping prevent, diagnose or treat major diseases. Winners are selected by a committee of internationally-renowned experts and several past recipients have gone on to receive the Nobel Prize.

Over the course of several decades, Dr. Cullis and his colleagues at UBC advanced fundamental research in lipid chemistry and pioneered the development of lipid nanoparticle delivery systems. This technology is critical to mRNA vaccines, forming a protective bubble around the mRNA that allows it to be transported through the body and delivered into target cells.

“Winning the Tang Award is a remarkable honour. To be recognized in this way brings enormous international attention to the high quality of Canadian science,” says Dr. Cullis. “It also brings attention to the invaluable role of basic research. If we hadn’t spent decades trying to understand the physical properties of lipids in biological membranes, we wouldn’t have had the tools or insight to play a role in the development of the COVID-19 mRNA vaccines.”

“To be recognized in this way brings enormous international attention to the high quality of Canadian science.”
Dr. Pieter Cullis

Dr. Cullis received the award alongside collaborators Dr. Katalin Karikó, a senior vice president at BioNTech and professor at the University of Szeged, and Dr. Drew Weissman, director of the Penn Institute for RNA Innovation at the University of Pennsylvania. Drs. Karikó and Weissman were recognized for developing techniques to modify mRNA so that it does not produce an inflammatory immune response within the human body.

“It must be noted that this achievement represents a collective effort,” says Dr. Cullis. “It’s an honour to be recognized alongside incredible scientists like Drew Weissman and Katalin Karikó, and I want to acknowledge the hundreds of others who helped make the COVID-19 mRNA vaccines possible. Particularly Thomas Madden and Michael Hope who started on this journey with me over 40 years ago.”

Together, the work of Drs. Cullis, Karikó and Weissman paved the way for safe and effective mRNA vaccines. Once delivered into human cells, the mRNA turns those cells into miniature factories that temporarily produce proteins. The proteins either serve as a therapeutic compound or stimulate the body’s immune system to defend against a specific pathogen.

When the COVID-19 pandemic began in early 2020, these discoveries were leveraged to support the rapid development and deployment of mRNA vaccines. The success of the mRNA vaccines for COVID-19 is now suggesting paths forward for similar vaccines for viral threats like influenza or HIV. Clinical trials are already underway to test mRNA vaccines to prevent infections caused by Zika virus, chikungunya and rabies infections.

In addition to its application to vaccines, Dr. Cullis’ work has led to many clinical uses for lipid nanoparticles, including the delivery of anticancer drugs to cancer tissues. Over 40 years ago, he began working with Drs. Tom Madden and Michael Hope, as well as other UBC colleagues, on lipid nanoparticle delivery systems for small molecule drugs used for chemotherapy. In 2009, they went on to launch UBC spin-off company Acuitas Therapeutics, now a highly successful biotech company based at UBC.

The Tang Prize is awarded every two years, after being established in December 2012 by Taiwanese entrepreneur Dr. Samuel Yin. The 2022 prize includes a cash award of $1.7 million and a grant of $350,000 to pursue further ground-breaking research.