Dr. Connie Eaves, a professor in the UBC faculty of medicine’s department of medical genetics, has been awarded the Till and McCulloch Lifetime Achievement Award in recognition of her pivotal contributions to the field of stem cell research, and her dedication to training the next generation of scientists. 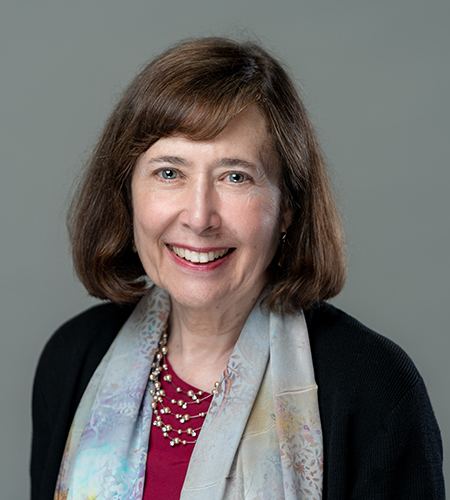 The Till and McCulloch Award is presented each year by the Stem Cell Network (SCN) to celebrate the best of Canadian science in the field of stem cell and regenerative medicine. This year, the SCN is bestowing a special Till and McCulloch Lifetime Achievement Award that recognizes the outstanding contributions Dr. Eaves has made throughout her distinguished career.

“I’m just so enormously grateful and proud to receive this recognition from a scientific group that are like an extended family,” said Dr. Eaves, who helped create the SCN in 2001.

Spanning five decades, Dr. Eaves’ work has advanced treatments for leukemia and breast cancers, and her pioneering research methodologies have become gold standards with significant applications worldwide. Throughout her career Dr. Eaves has demonstrated exceptional national and international leadership and has trained more than 100 scientists globally.

“If I look back on my own career, I think some of the proudest moments are watching the successful defenses of every PhD I have ever trained as a supervisor,” added Dr. Eaves.

Dr. Eaves co-founded the Terry Fox Laboratory at BC Cancer, where she is now appointed as a distinguished scientist. She also held multiple senior roles in the National Cancer Institute of Canada and spearheaded the establishment of the Canadian Breast Cancer Research Alliance.

“If I look back on my own career, I think some of the proudest moments are watching the successful defenses of every PhD I have ever trained as a supervisor.”
Dr. Connie Eaves

“It is an absolute honour to present the Till and McCulloch Lifetime Achievement Award to Dr. Eaves for her ground-breaking work in stem cell research,” said Dr. Michael Rudnicki, scientific director of the SCN. “She is a true trailblazer and Canada is incredibly fortunate to have benefitted from her scientific contributions and leadership.”

Dr. Eaves is a Fellow of the Royal Societies in the UK, Canada and Edinburgh and an inductee to the Canadian Medical Hall of Fame. She was appointed to the Order of Canada in 2021 and received the 2021 Award for Outstanding Achievements in Cancer Research from the Canadian Cancer Research Alliance. Dr. Eaves was named a recipient of the 2019 Canada Gairdner Wightman Award and one of Chatelaine’s Women of the Year, and has received many other prestigious awards including the Noble and Chew-Wei Prizes for Cancer Research, the International CML Foundation Rowley Prize, and the American Society of Hematology’s Stratton Lifetime Achievement and E. Donnall Thomas Awards.

Dr. Eaves will be officially presented with the Till and McCulloch Lifetime Achievement Award at a celebration in Vancouver this October. In accepting the award, Dr. Eaves will deliver the customary Till & McCulloch Lecture to over 500 delegates from across Canada and around the world.

A version of this story originally appeared on the SCN website.