Faculty of Medicine
» Home » News » Cutting edge, without the cutting

Cutting edge, without the cutting

Interventional radiology (IR) is among the youngest of medical ﬁelds, dating only to the 1960s, when Portland’s Charles Dotter invented angioplasty and the catheter-delivered stent. Owing to its novelty and its reliance on technology, IR is one of the most rapidly-evolving medical subspecialities. 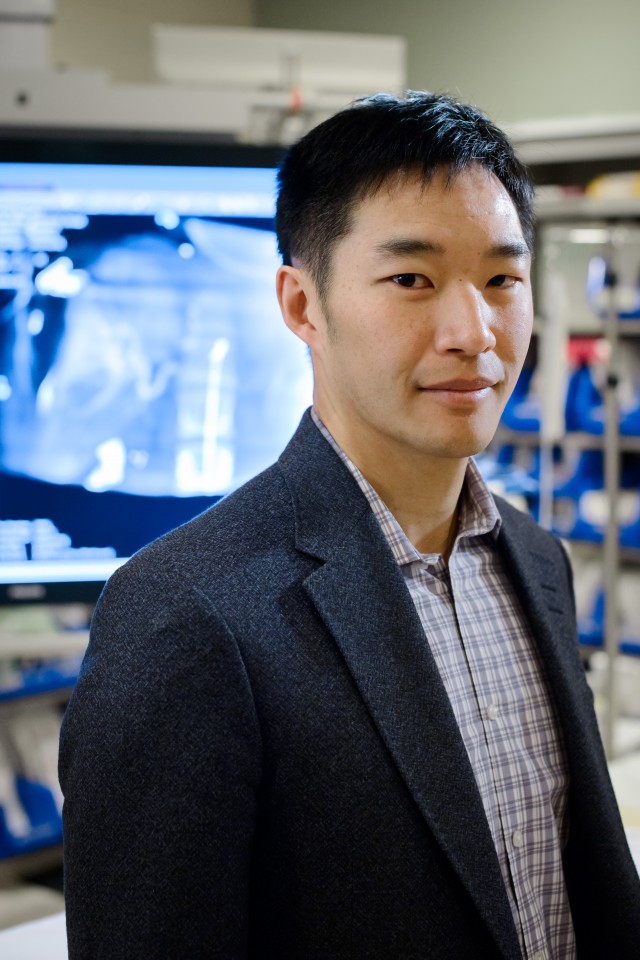 “We’re trying to develop as many small, precise, elegant hammers as we can,” says Dr. Liu, a Clinical Associate Professor who trained in interventional radiology at Northwestern University in Chicago, then worked in Los Angeles, Portland, and Spokane before returning to Canada in 2008.

IR is becoming a less risky complement to surgery, since many of its procedures are done through a small incision, guided by advanced imaging technologies such as ultrasound, computed tomography, magnetic resonance imaging, and x-ray cameras. Sometimes, IR is a patient’s only hope because a tumour’s growth or placement has made it impossible to remove through surgery, or because drugs have proven ineffective.

One of only 11 physicians in Canada to be inducted as a fellow in the Society of Interventional Radiology, and this year’s winner of the Young Investigator Award from the Canadian Association of Radiologists, he also holds a clinical faculty appointment at the David Geffen School of Medicine at the University of California, Los Angeles.

He gives 40 to 50 lectures a year around the world, and is the driving force behind the Symposium on Hepatic Oncology at Whistler (SHOW), which held its second annual meeting in February, drawing 178 people from such institutions as the Johns Hopkins University and Duke University, and from as far away as Scotland and Australia.

One of the most advanced therapies he uses to treat the condition is radioembolization — the injection of radioactive particles into the vessels that feed the growing tumour. The particles lodge in the vessels, emitting radiation over several weeks; angiography is used to make sure the isotopes are placed in the precise spot. 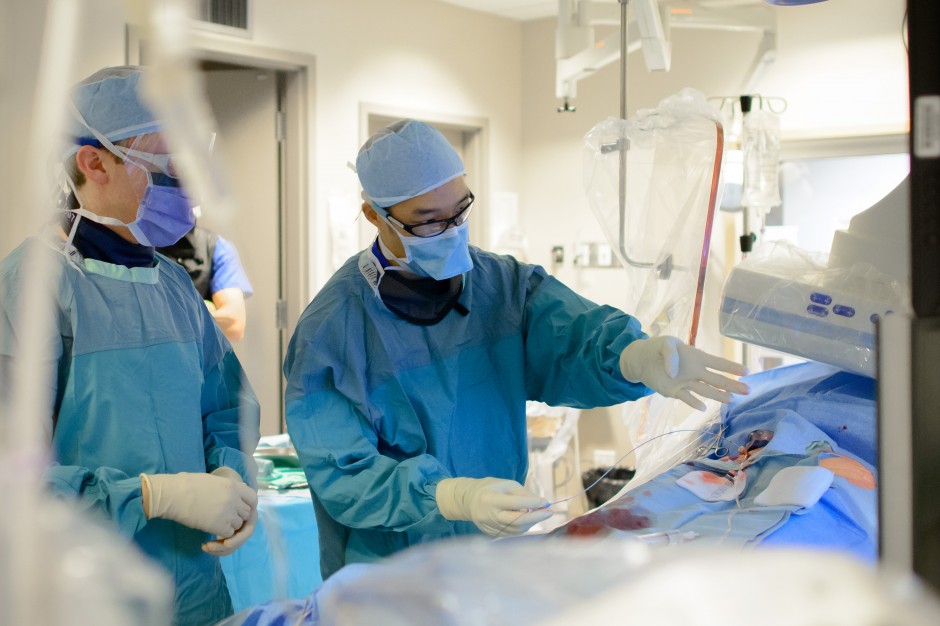 Dave Liu explains the ﬁner points of a radioembolization on a patient with liver cancer.

“Mother nature has provided us, through the process of angiogenesis, with a conduit that leads directly into the heart of the tumor,” says Dr. Liu, who brought the technique to the West Coast. “It’s so focused and targeted that the normal part of the liver continues to function with only a mild degree of temporary inﬂammation, while the tumor is subject to lethal amounts of radioactivity.”

Dr. Liu is pushing hard to keep the innovation going, and is heavily involved in clinical research trials, including one testing the effectiveness of injecting and infecting tumours with genetically modiﬁed viruses that trigger the body’s own immune system to attack cancer cells. Vancouver is one of the 15 trial sites around the world.

Another study is seeking to determine the optimal size and composition of drug-eluting beads that release chemotherapy drugs into the tumour’s blood vessel network. He also is the Co-Chair and Co-Founder of a national expert panel exploring the best practices for management of deep vein blood clots in the legs.

Most recently, he has begun a collaboration with colleagues Anna Celler and Francois Benard in the Department of Radiology and Urs Hafeli in the Faculty of Pharmaceutical Sciences to develop the next generation of radioactive microparticles for liver cancer that are more visible, more accurate, and more easily administered.

“Better, safer, faster — that’s basically what we’re trying to do, so more hospitals can institute our techniques and ultimately, more patients can beneﬁt from what IR has to offer,” he says.