Health authorities should brace themselves for an epidemic of chronic obstructive pulmonary disease (COPD) over the next two decades, despite a decline in smoking rates, according to a new study from the University of British Columbia. 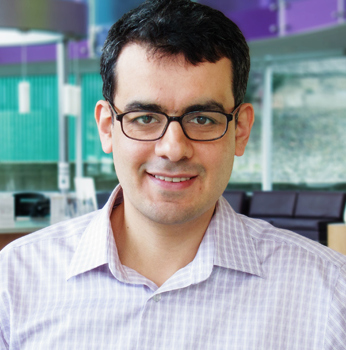 To predict the future burden of the disease, researchers conducted forecasting analyses, combining population statistics and health data for the province of B.C. They concluded that between 2010 and 2030, the number of COPD cases in the province will increase by more than 150 per cent. Their findings were published in the American Journal of Respiratory and Critical Care Medicine.

The decline in smoking rates in the industrialized world has led to the widespread assumption that COPD will soon be a disease of the past in countries like Canada. But demographics – the aging of the “baby boom” generation – will overwhelm the decline in smoking.

While the number of people with some other chronic diseases is also forecast to rise for the same reason, the increase for COPD is likely to be much higher, said senior author Mohsen Sadatsafavi, an Assistant Professor in the Department of Medicine and in the Faculty of Pharmaceutical Sciences.

In addition, COPD, which is also associated with occupational or environmental exposures, is a disease of aging – so the “greying” of B.C.’s population will lead to more cases, with or without smoking.

“If everyone stopped smoking tomorrow, it would still be several decades before we could expect to see a drop in the number of cases of COPD,” said lead author Amir Khakban, a Research Analyst in the Faculty of Pharmaceutical Sciences.

Among seniors over 75 years of age, rates of COPD will more than triple.

“Everyone who has seen the results has been surprised,” Dr. Sadatsafavi said. “We expect these B.C.-based predictions to be applicable to Canada and many other industrialized countries.”

The associated health-care costs of caring for these patients will be significant. The study predicts that annual inpatient days related to COPD will grow by 185 per cent. It’s a burden the health-care system is not equipped to deal with, said co-author Don Sin, professor in the UBC Division of Respiratory Medicine and Head of Respiratory Medicine at St. Paul’s Hospital.

“Our only hope of changing this trajectory is to find new therapeutic and biomarker solutions to prevent and treat COPD, and this can only happen through research and innovation,” Dr. Sin said. “Our UBC team is poised to make these breakthroughs.”