Connie Eaves inducted into the 2019 Canadian Medical Hall of Fame 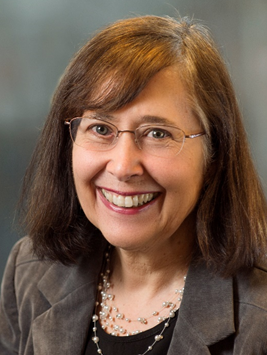 Connie J. Eaves, Professor of Medical Genetics and Distinguished Scientist at the BC Cancer Agency, is among six individuals to be inducted into the 2019 Canadian Medical Hall of Fame.

The recognition honours individuals whose contributions to medicine and the health sciences have led to extraordinary improvements in human health.

Dr. Eaves is a world authority in stem cells of the blood-forming type. Spanning four decades, her research and discoveries have improved our understanding of how normal and cancer stem cells grow and work, particularly in the early stages of blood and breast cancer development.

Dr. Eaves pioneered the first methods for detecting and measuring blood and later mammary stem cells at the single-cell level both in vitro and in vivo and these remain the gold standard in these fields. Her group also established the diversity of these early cells and determined how they are regulated. These findings have contributed critical information about the conditions required to grow human blood stem cells in vitro, a process that could revolutionize the future of bone marrow transplantation and gene therapy.

She is also an internationally recognized expert in chronic myelogenous leukemia (CML), and her discoveries have not only advanced curative therapies but have transformed the way hematologists and oncologists understand and treat the disease.

“Upon initial notification of this totally unexpected and enormous honour, I was truly overwhelmed,” said Dr. Eaves. “My first thought was that it really recognizes a huge team effort over several decades and the seminal importance of fundamental research to progress in medicine.”

“Of course, it did not escape my notice that it will also serve as a potent indicator that the achievements of women in science can come to the fore.”

Co-Founder of the Terry Fox Laboratory in Vancouver, Dr. Eaves has also been recognized for her contributions in cancer research with the 2018 International Society for Stem Cell Research (ISSCR) Tobias Award, the 2016 Dr. Chew Wei Award, and the 2011 Lifetime Achievement Award from Canadian Blood Services (shared with her husband Dr. Allen Eaves).

Dr. Eaves has served as President of the National Cancer Institute of Canada, Associate Scientific Director of the Canadian Stem Cell Network and President of the International Society of Experimental Hematology. She has published more than 500 papers, mentored more than 100 post-graduate trainees and received numerous national and international awards and honours. She is currently Editor-in-Chief of the journal Experimental Hematology.

The 2019 Canadian Medical Hall of Fame induction ceremony will be held at the Centre Mont-Royal on May 2, 2019 in Montreal, Quebec.