One of the rarest of immune cells, unknown to scientists a decade ago, might prove to be a potent weapon in stopping cancer from spreading in the body, according to new research from the University of British Columbia.

Cancer immunotherapy – harnessing a person’s own immune system to destroy cancerous cells — has taken off in the past few years, as clinical trials have shown that it can be effective for some patients with blood-borne cancers, such as lymphoma. But it can also have severe side effects, and has been less successful in treating solid tumours. 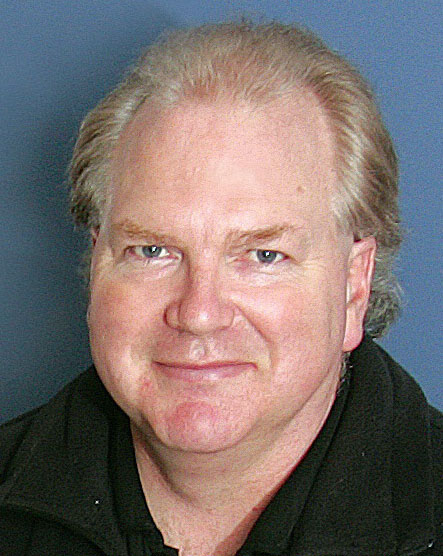 Wilf Jefferies, a Professor in Department of Medical Genetics and the Department of Microbiology and Immunology, discovered in 2016 that cancer cells lacking a protein called interleukin-33 (IL-33) become “invisible” to the immune system, allowing the cells to proliferate and then metastasize. That finding led him to train his sights on the cells that get activated by IL-33: Type-2 innate lymphoid (ILC2) cells.

ILC2 cells were discovered by scientists exploring the genesis of asthma, an autoimmune disease that causes inflammation of the airways. But ILC2 cells, like many immune cells, likely have both negative and positive effects.

Dr. Jefferies and his team at UBC’s Michael Smith Laboratories implanted lung cancer cells in mice that were genetically engineered to lack ILC2 cells. Their initial focus was whether the cancer cell clusters, implanted in the rear legs, grew in size more rapidly in the genetically engineered mice than they did in a control group of mice with a normal complement of ILC2 cells.

The tumours did expand more quickly, but he and his collaborator, Fumio Takei, a Professor in the Department of Pathology and Laboratory Medicine, found the biggest difference between the genetically engineered mice and the controls was the spreading of cancer to other parts of the body.

From those and other results, published this month in Scientific Reports, Dr. Jefferies and his team have concluded that ILC2 cells play a crucial role in preventing or slowing metastasis in lung and prostate cancer by unleashing the killing power of T-cells, another type of immune cell that kills cancer cells on contact.

Dr. Jefferies is currently completing an alternate version of that experiment – studying whether infusing mice with ILC2 cells can arrest the spread of implanted cancers.

Dr. Jefferies, the head of immune-oncology at the Vancouver Prostate Centre, believes that these findings, if further validated in animal models with implanted human cells, could provide the basis for testing whether infusion of ILC2 cells into cancer patients slows their spread. He also sees potential in testing infusion of the protein IL-33, which is already synthesized by commercial labs, to see whether it can trigger a patient’s own store of ILC2 cells.

What makes ILC2 cells particularly promising as a cell-based therapy is that they do not need to be activated by a specific cancer antigen – a “flag” that invites immune cells to attack. That means ILC2 cells wouldn’t have to be manipulated in a lab prior to using them as a treatment, as is the case with the leading immunotherapies, such as CAR-T cells.

“These results raise the possibility that harnessing the immune system to fight cancer might be a matter of more effectively triggering ILC2 cells with IL-33, or simply having more ILC2 cells – or perhaps a combination of both,” Dr. Jefferies said.