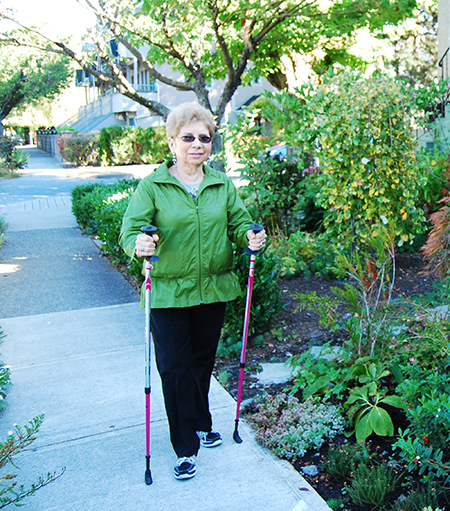 An hour of aerobic exercise may be more potent than any pill to reduce older adults’ risk of cognitive decline due to mini-strokes, according to research by the Faculty of Medicine and Vancouver Coastal Health Research Institute.

Cerebrovascular disease is the second most common cause of dementia in older adults, behind Alzheimer’s disease. Research suggests that reducing heart health risk factors, such as high blood pressure and high cholesterol, may reduce dementia risk, and possibly even slow down the progression of cognitive decline caused by mini-strokes, also known as vascular cognitive impairment or VCI. Population studies suggest that silent mini-strokes are common, even among middle-aged adults.

“This made us believe that aerobic exercise, such as running and brisk walking, may be a very promising strategy against vascular cognitive impairment,” says Teresa Liu-Ambrose, Canada Research Chair in Physical Activity, Mobility, and Cognitive Neuroscience UBC and researcher at the Djavad Mowafaghian Centre for Brain Health.

“Past research shows that aerobic exercise not only decreases heart health risk factors but may also improve brain structure and function,” Dr. Liu-Ambrose says. “Yet, to date, no intervention studies have specifically examined the usefulness of aerobic training in reducing the progression of VCI due to mini-strokes.”

At the Alzheimer’s Association International Conference 2015, Dr. Liu-Ambrose and colleagues present findings from a six-month study of 71 adults aged 56 to 96 with confirmed cases of mild VCI. Participants were assigned to two groups: one that did supervised aerobic exercise three times per week for 60 minutes with certified fitness instructors, and the other that received standard care plus an education seminar on nutrition once per month. All completed a memory and thinking test at the beginning and end of the study. Sixty-two of the 71 participants completed the full six-month study. 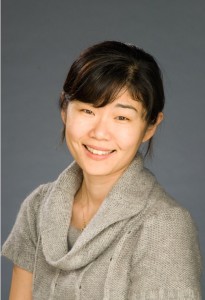 The study builds on findings by Dr. Liu-Ambrose in 2010 and 2012 that resistance training in particular can reverse cognitive decline in older women. In 2014, she also found that aerobic training twice per week, and with gradual progression, led to significant increases to the brain’s hippocampal volume, essentially reversing the pattern of cognitive decline commonly seen with aging and dementia.

“While these promising results need to be replicated in larger and more diverse populations, the fact that aerobic exercise can improve cognitive function in VCI means that people with the condition have hope there may soon be a proven tool they can use to prolong their independence and improve their quality of life,” said Liu-Ambrose. “We think this is exciting because exercise is a strategy that can be inexpensively delivered at the population level.”