A quicker treatment for persistent depression? 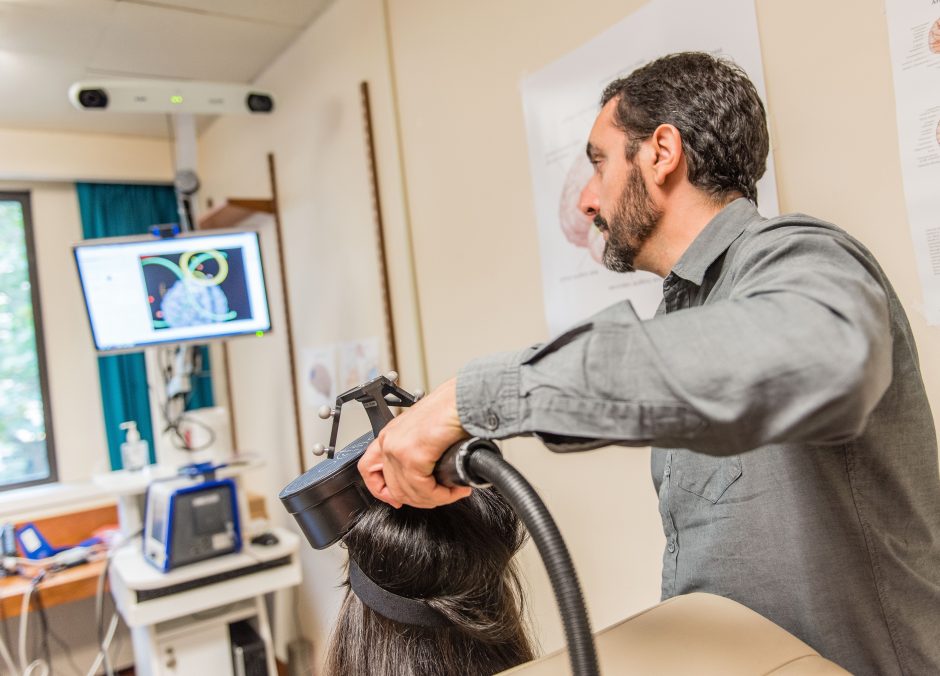 Researchers at UBC and in Toronto have shown that a three-minute version of a brain stimulation treatment for hard-to-treat depression is just as effective as the standard 37-minute version.

Repetitive transcranial magnetic stimulation (rTMS) uses magnetic field pulses to non-invasively stimulate a part of the brain called the dorsolateral prefrontal cortex, which is associated with mood regulation. The researchers compared the standard high-frequency brain stimulation with a newer form of rTMS called intermittent theta burst stimulation (iTBS), which mimics the brain’s natural rhythms, and was done in just one-tenth of the standard treatment time.

The study, conducted at UBC Hospital, the Centre for Addiction and Mental Health in Toronto and Toronto Western Hospital, focused on people with treatment-resistant depression, defined as a condition whereby people do not experience a sufficient improvement in their symptoms after trying antidepressant medications.  In the study, 414 participants were randomly allocated to receive either the standard form of rTMS treatment or the shorter iTBS treatment for five days a week for up to six weeks.

The results, published in The Lancet, showed that the iTBS treatment significantly reduced depression symptoms in 49 per cent of study participants, with 32 per cent reporting a remission of symptoms, compared to 27 per cent among those who received standard rTMS – a remission rate consistent with previous large-scale studies and meta-analyses of rTMS. 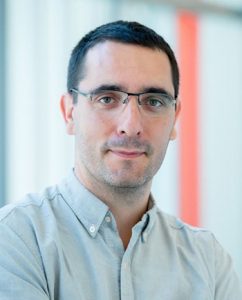 “Since theta burst stimulation is just as effective, but can be done so much more quickly, it raises the possibility of increasing the number of people who can be treated — perhaps as many as four times as many,” says co-investigator Fidel Vila-Rodriguez, a UBC Assistant Professor of Psychiatry. “That translates into shorter wait lists, and more convenience for patients.”

Dr. Vila-Rodriguez collaborated with lead author Daniel Blumberger of the Centre for Addiction and Mental Health in Toronto and senior author Jonathan Downar of the University Health Network.

rTMS treatment was approved for treating depression by Health Canada since 2002 and by the U.S. Food and Drug Administration in 2008.  Due to the cost of treatment (it is not covered by public health insurance outside Quebec and Saskatchewan), it has only been made available to a fraction of the estimated 600,000 Canadians living with treatment-resistant depression each year.

“rTMS has changed my life in so many ways,” says study participant Shelley Hofer, 43, who has had treatment-resistant depression for most of her life. “I really wish it had been around a long time ago because I believe it would have been my go-to treatment. In my personal opinion, I feel rTMS could improve the lives of so many people who are still struggling to find the answers to their own mental illness.”