Faculty of Medicine
» Home » News » A new home for sports medicine, with help from a pioneering physician

A new home for sports medicine, with help from a pioneering physician 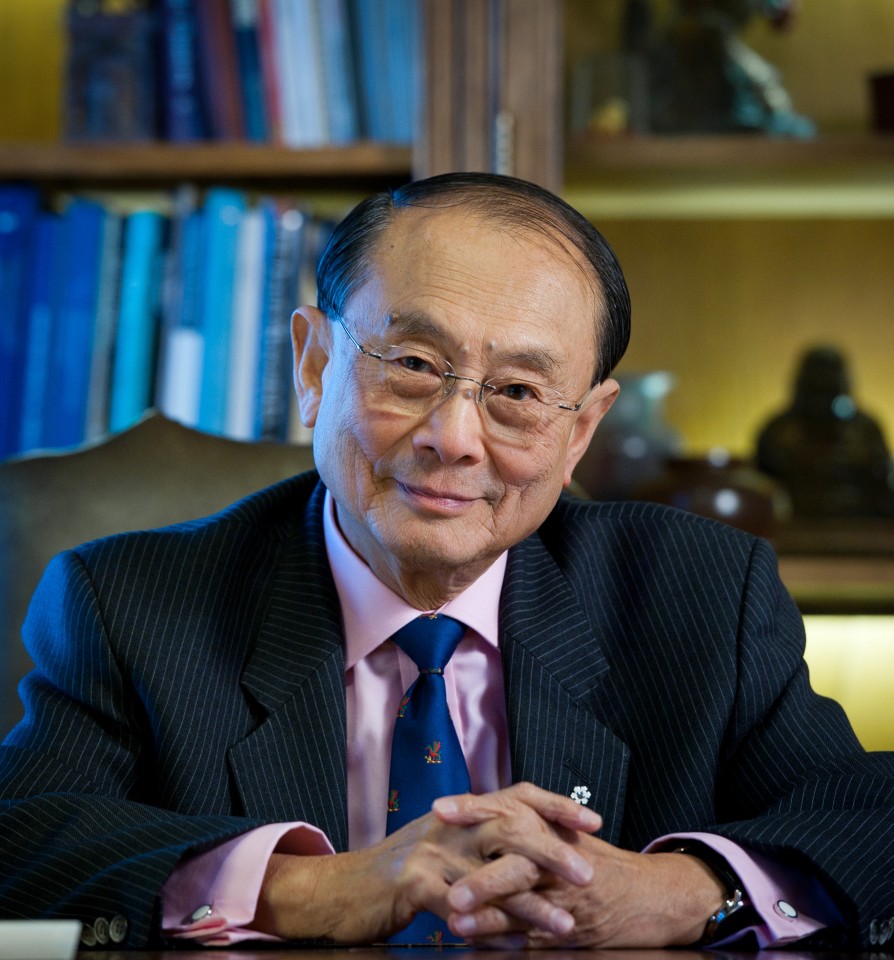 Even before Canada’s first sports medicine clinic opened at UBC in 1979, its founders noticed a connection between the repetitive strain injuries of athletes and the obscure findings of a physician with  the Workers’ Compensation Board of British Columbia.

Chan Gunn’s analysis of claimants with lower back injury led him to a theory of neuropathic pain – a distinct type of pain caused by nerve damage – and to develop an innovative pain-relief technique. Called  intramuscular stimulation (IMS), it involves inserting a needle deep into muscle, causing it to relax, thereby relieving pressure on the nerve causing a patient’s pain.

Dr. Gunn’s theory and treatment encountered skeptics and cynics. So he was amazed to discover that he had a loyal following at the medical school in the city where he chose to build his career. By the late 1970s, Doug Clement, the co-founder of UBC’s sports medicine group, was using an early version of Gunn’s pain-relief technique on athletes with chronic Achilles tendon disorders.

“A bit of luck, wasn’t it?” says Dr. Gunn, 84, a Malaysian-born physician who completed his research and medical training at Cambridge University and immigrated to Canada in 1966.

Today, the sports medicine therapists at UBC integrate IMS into the care they provide to their diverse array of patients, from active individuals to professional athletes. They also apply IMS in a novel way – to release and relax the muscles of Olympic athletes so they can train hard day after day.

“IMS is a practice of medicine that’s based on real science. It’s an application of the basic principles of human neurophysiology,” says Don McKenzie, Director of the Division of Sports Medicine. “But Dr. Gunn has had to paddle upstream all the way.”

The relationship between the sports medicine group and Dr. Gunn blossomed, leading to the creation of an IMS training program, a research fund for students and an annual lecture at UBC, all funded by a $1 million gift from Dr. Gunn  and his wife, Peggy.

“I think this activity will help build a stronger and stronger case for IMS as a routine clinical procedure,” Dr. McKenzie says.

In recognition of UBC’s efforts to investigate, apply and teach IMS, Dr. and Mrs. Gunn are now giving $5 million for construction of a new 13,480-square-foot building – to be named the Chan Gunn Pavilion – devoted to exercise and sports medicine teaching, research and patient care.

“Having a connection to UBC is very important for teaching and research into IMS,” Dr. Gunn  says. “IMS will have a permanent home to grow.” 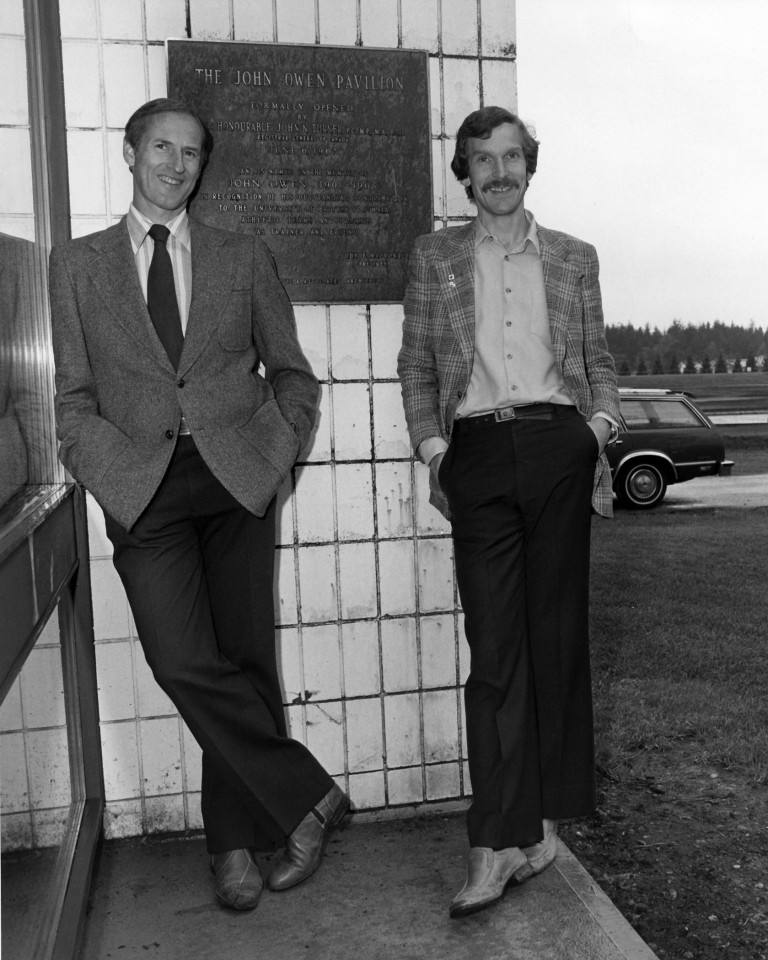 Jack Taunton and Doug Clement, co-founders of UBC’s sports medicine group, outside the John Owen Pavilion in 1982, a year after moving into the facility. Photo courtesy of University of British Columbia Archives

The new building is expected to open in 2017, enabling the clinic to leave the 50-year-old John Owen Pavilion, situated amid the athletic fields of UBC’s campus. Affectionately known as the “Pizza Hut” (due to its resemblance to that restaurant chain’s distinctive architecture), the aging building doesn’t do justice to the world-class teaching, research and patient care that take place under its sloping roof with the square cap.

Notwithstanding its humble trappings, the building has become a landmark in sports medicine, where seminal studies on stress and overuse injuries, innovative surgical techniques, novel physiotherapy approaches to injury (including IMS) and the use of imaging in musculoskeletal medicine originated. It has hosted dignitaries from the International Olympic Committee, and Olympic athletes have been tested and treated there.

But water leaks through the roof when it rains, and most classes are held, for lack of space, in the portable trailers out back.

“This building has a lot of history,” Dr. McKenzie says. “But its due date has passed. It’s time to go.”

Construction of the Chan  Gunn Pavilion, next to the Doug Mitchell Thunderbird Sports Centre on Wesbrook Mall, is scheduled to start in December 2015.

“Dr. Gunn’s relationship to UBC is no mere accident of geography. It actually speaks to the core tenets of Dr. Gunn, and of UBC,” says Gavin Stuart, Dean of the Faculty of Medicine and UBC’s Vice Provost, Health. “The innovative nature of IMS naturally aligns with UBC’s embrace of original, ground-breaking ideas. That relationship, and Dr. Gunn’s generosity, enables UBC to continue the world’s leading research and training in exercise and sports medicine.”