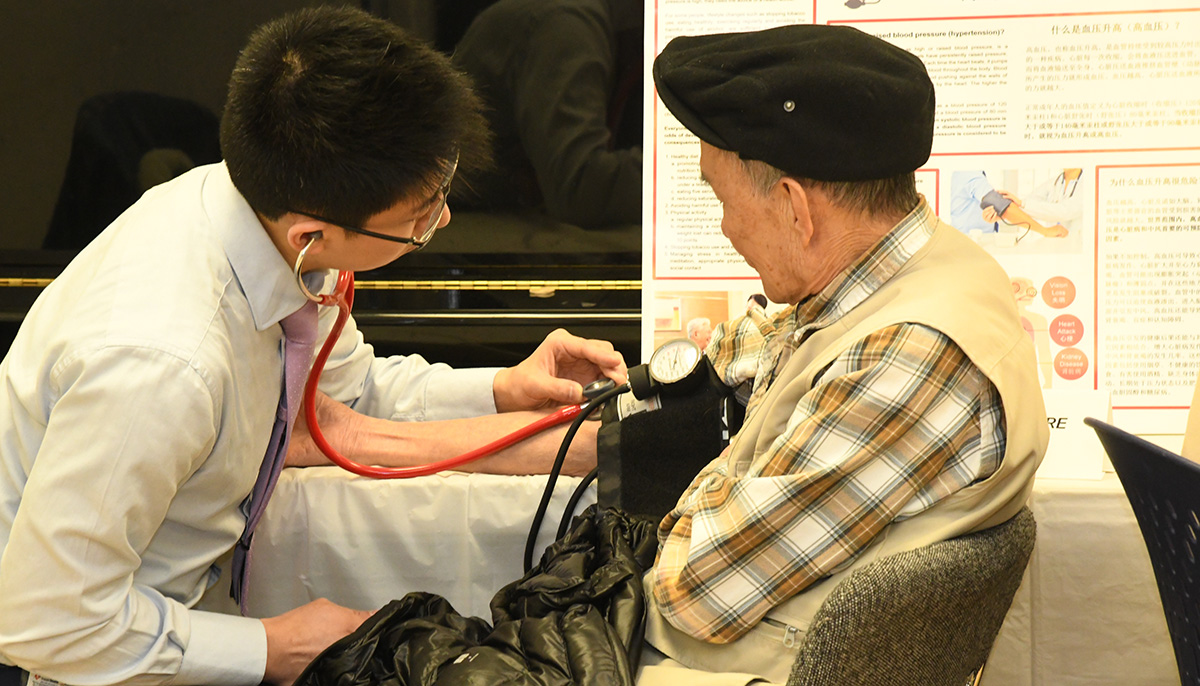 Jacky Tang is eager to merge his passions for problem solving and connecting with patients as he starts the internal medicine residency program at UBC—an opportunity he links to recognition he received from the Chinese Canadian Medical Society of British Columbia (CCMSBC).

“Scholarships mean a lot to medical students trying to transition into residency because they are an objective measure of the specific work we’ve done,” says Tang, who joined the CCMSBC board as a medical student representative to learn about engaging the Chinese community in the context of healthcare.

“The CCMSBC Scholarship further re-enforces that I’m going in the right direction and want to incorporate cross-cultural medicine into my future practice,” says Tang, one of 68 recipients of three awards established by CCMSBC in the UBC faculty of medicine since 1992.

The origins of the national society date back to 1973 when Chinese Canadian physicians gathered across Canada in reaction to a racist public remark about the large number of Chinese students in Canadian medical schools.

“At that time, I thought that remark was quite unfair because most of those students were probably Canadian citizens or permanent residents, and the comment made them feel like they did not belong in this country,” says Dr. Thomas Wong, family physician and honourary and distinguished member and past-president of CCMSBC (1994, 2020). “Originally, the society was set up with a political intent, but later, the environment became much better for the Chinese community, so we focused our attention on becoming health advocates for the community.”

CCMSBC was officially founded in 1985 to foster fellowship among Chinese Canadian physicians in British Columbia, to promote health awareness and to advocate for health concerns specific to the Chinese community.

With approximately 350 members in B.C., the society partners with S.U.C.C.E.S.S. (an intercultural social services agency) to hold annual health fairs for the public, offers mentorship opportunities for medical students and helps deliver health education and services to address medical concerns that are more prominent in the Chinese community, including the Asian Women’s Health Clinic and the Vancouver Community Diabetes Education Centre. The society also fundraises for scholarships and has contributed to other important causes such as raising money for the victims of the Okanagan forest fires in 2003 and shipping personal protective equipment to China to help with the COVID-19 pandemic.

Dr. Brian Wang, past-president of CCMSBC (2016-2019), still remembers the name of Dr. David Lin, the physician who set up a scholarship he received in medical school.

“I benefitted from his contribution 50 years later. That was very touching and very impressive,” says Dr. Wang, who was born in Beijing and immigrated to Montreal when he was 12 years old. “As a new immigrant, my financial situation in medical school was not the greatest, so the scholarship was very helpful and also reminds me of how I benefited from what our predecessors have done. It encourages us to do the same for future generations.”

Dr. Wang had lost touch with the Chinese Canadian community until he came to Vancouver for the family medicine residency program at UBC.

“As a young immigrant from China, I struggled to define myself and to integrate my ethnic background with the diversity of Canadian culture,” says Dr. Wang. “Some of my patients, especially new immigrants from China, are having a hard time understanding the thought process and perceptions of their children who grew up here and have a very different view of the world from themselves. Not only as a physician, but as a cultural translator, I have been a bridge between parents and children. This is probably what I’m most proud of in my medical practice.”