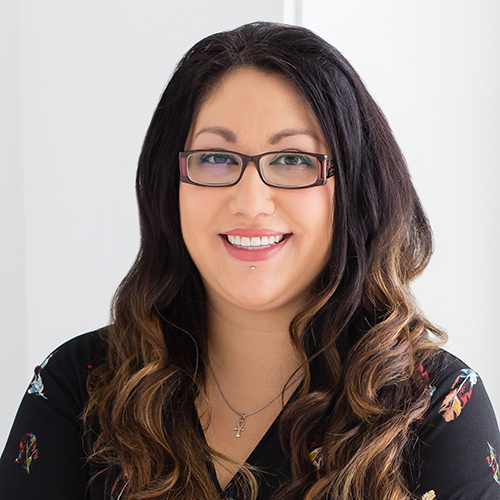 This spring, students graduate from a wide range of Faculty of Medicine programs.

I never thought about a career in medicine until the final years of my Bachelor of Science degree at the University of Northern British Columbia (UNBC). I was trying to figure out what the next steps in my career would be when my auntie suggested I should be a doctor. At first, I laughed because I thought she was joking. It had never occurred to me that I, an Indigenous girl from a small northern B.C. reserve, could be a doctor. It’s not something I had ever seen or even heard of growing up, but I decided to look into it, so I joined the Pre-Med Club at UNBC and began volunteering weekly at the Prince George Hospital.

After graduation, I got a job working as a Medical Office Assistant at the Central Interior Native Health Society (CINHS) working with the Indigenous and disadvantaged population of downtown Prince George. I watched so many people change their lives under the compassionate care of CINHS with its interdisciplinary team and culturally-inclusive approach. The amazing staff and incredible patients changed me forever, both professionally and personally. And they clarified and confirmed my dreams – I wanted to work primarily in medical care, but I also want to dedicate my life to education and advocacy with regards to the issues faced by my people and our communities.

What is your favourite moment from your time at UBC?

In first year, I participated in a research project with Dr. Sarah de Leeuew and a few second-year students. They were looking into the impact cultural exposure opportunities could have on improving relationships between non-Indigenous and Indigenous peoples, especially in the medical system. The purpose was to facilitate immersive learning experiences for medical students in the homes and communities of First Nations families in Northern B.C. and to critically evaluate this teaching/learning strategy in cultivating awareness, sensitivity and competency in medical students as future care providers. For this, my family and I volunteered to bring two medical students with us home to Hagwilget that summer for my cousin’s funeral feast. We wanted to show them how our communities come together to support each other, whether it be in loss or in celebration. We hosted the students for the weekend in my grandfather’s home in our village and included them in our traditional feast, introduced them to our chief and community members, showed them historical landmarks/locations, and told them our traditional stories and teachings.

It was such an honour for my family and I to have students who were so eager and open-hearted to learn about our traditions, history, and people. Both students have since become good friends of mine and have continued to be involved in Indigenous health in their careers – one as a general practitioner working at CINHS and the other in her psychiatry residency in Prince George.

As you look ahead, what (or who) inspires you?

While I feel fortunate to have been raised on my father’s traditional territories, it was not without its hardships. Life on reserve meant that my childhood was influenced by culture, traditions, and history, but it was also impacted by the legacy of colonization and all of its implications such as poverty, alcoholism, drugs and violence. When I was just four years old I lost my cousin Tammy to suicide just months before she was set to graduate high school. This was the first time I heard the words “depression” and “suicide”, but it certainly wouldn’t be the last. Losing her impacted me tremendously and I vowed that her death would not be in vain and that we would never forget her love and life.

Growing up I often wondered what our lives would be like if someone was able to recognize the signs of her struggles and if she received the help that she so desperately needed. Her loss, along with my life and work with Indigenous and marginalized populations, inspired me to pursue a career in mental health. Being trusted with someone’s story and walking alongside them on their healing journeys is such an honouring and humbling experience. I am continually inspired by the resiliency of people, families, and communities who have faced so much yet continue to not only survive, but often thrive in the face of such adversities. And for those who are lost in their pain and struggles, I want to walk alongside them as well and honour wherever they are on their paths. My wish would be for no one to struggle without being at least seen, heard, and understood. Over the years, the stigma of mental health has improved quite a bit, but we still have a long way to go. I look forward to being a part of this change and growth in the field of mental health.

What is one small pleasure that brings you joy?

Being in nature is one of my greatest joys, especially being anywhere in, on, or near water. If I can see it, feel it, or hear it, I am at peace. Water has always been one of my most grounding and recharging forces. I have an amazing partner Allison and two incredible step-kids who also enjoy my passion. We love to walk along the river, swim in the lake, explore the ocean, and find streams, ponds, or waterfalls.

What do you hope will change as a result of COVID-19?

A lot has changed as a result of these completely unprecedented times. Personally, I will never again take for granted the simple things, like hugging my parents and nieces, enjoying family gatherings, and connecting with friends. On a global scale, I hope priorities shift so that proper resources and expertise can be allocated to monitor, prevent, and respond to future global outbreaks using the experiences from this outbreak. In school, I hope they explore different ways of online learning and teaching that allow for more flexibility with people of different learning styles (e.g. auditory learners versus visual or didactic). In medicine, I hope this experience opens up avenues for more flexibility, creativity, and effectiveness for telemedicine when appropriate.

What’s next for you?

I matched to the UBC psychiatry program in the Vancouver Fraser Medical Program. My heart smiles knowing I will be fulfilling my dream (and I truly believe, my destiny) to be a psychiatrist and serve within my home territories of British Columbia. I have a special interest in trauma, both childhood and inter-generational, and all that it can lead to, such as depression, anxiety, PTSD, eating disorders, suicide, and addictions.

My goal is to work with Indigenous and other marginalized populations, especially given the painful history of colonization that still impacts the health of many individuals, families, communities, and nations to this day.

My hope is to become a bridge, to help build connection, trust, and congruency between Indigenous peoples and the medical community while continuing to be an advocate for mental health and Indigenous wellness. I am excited to start on my career path and hope to come back to Northern B.C. as soon as I am able. I dream of practicing primarily based in Prince George, where I have lived and worked for over 20 years now, while also outreaching to remote Indigenous communities. I would especially love to return to my home community of Hagwilget/Hazelton one day and hopefully act as a role model to our Indigenous youth, encouraging them to overcome their struggles and pursue their dreams, whatever it may be. Never dreamed you could be a doctor? Well, I’m here to show you that you can.

Read more about Randi’s journey in an article from the Prince George Citizen here.